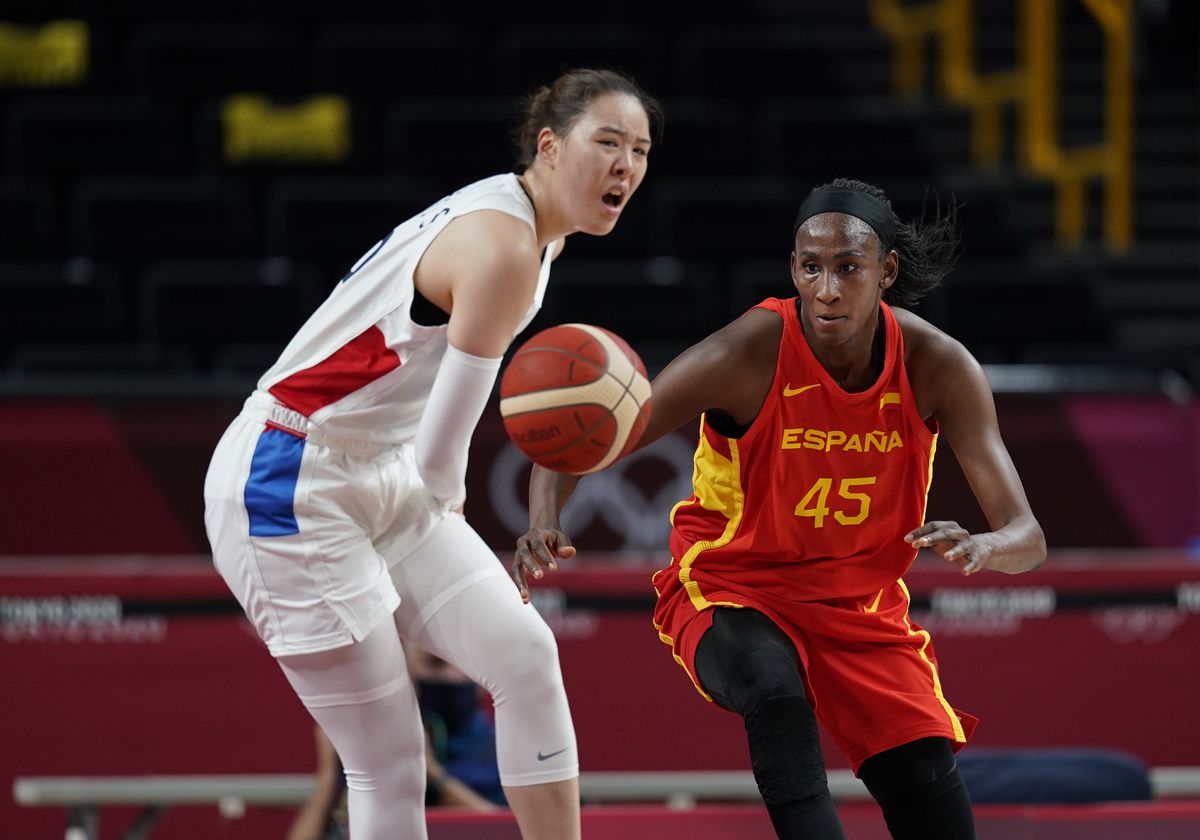 The women’s basketball team made its debut in the Tokyo Games despite how hard it took him to feel the pulse of the frenetic pace of play that South Korea proposed. The Spanish team clung to their pivots, Astou Ndour and Laura Gil, correct and with a point more in their competitive rhythm than the rest of their teammates. Ndour added 28 points, 10 rebounds and 4 blocks; Gil, 16 points and 14 rebounds.

It was difficult for the Spanish team to stretch. The Koreans came out very revolutionized, with more rhythm and with two very intoned players, the WNBA center Ji Su Park, who gave a lot of defensive work to Ndour and Raquel Carrera, and the forward Leesseul Kang, fundamental in the section in which her team he cut differences and was about to overcome.

The Spanish team had a hard time overcoming a lot of inconveniences. He came from playing a Eurobasbet in Valencia where he was not fine, with several players without rhythm, some because of the covid, others marked by recent injuries. In addition, he could not dispute the two friendlies he had arranged because of the pandemic in Tokyo. And to top it off, he had to appear in the first game of the day, at 10 in the morning. Spanish players have been trying to adapt to an unusual schedule for several days. They got up at six in the morning to take the bus from the Olympic village to Saitama, 48 kilometers from Tokyo. The game was twisted in the first half in which they did not enter any triple that gave them a break. “They use the typical rhythm of Asian teams, they play very fast, they never stop and penalize your mistakes,” explained Laia Palau, who at 41 years and 10 months became the oldest player to play a game at the Games. beating New Zealander Leone Patterson, at 37 years and 10 months.

Alba Torrens was not successful in her shots and Spain did not make a difference until the third quarter, when Silvia Domínguez broke in with a pair of 3-pointers and Ndour accentuated her effectiveness near the basket. For a moment it seemed that Spain could easily manage the advantage it obtained in the opening three minutes of the fourth quarter: 53-67. But the Korean team charged again and went from 58-71 to 69-73 with nine seconds remaining. Spain, despite its enormous superiority in the rebound with 18 more sacks than its rival, paid for its poor aim – it finished with two 3-pointers on 12 shots – and its ups and downs in the rhythm of the game. “We are not used to playing against teams that use four such open players,” explained Cristina Ouviña.

Spain’s second rival, this Thursday (10.20), is Serbia, precisely the team that thwarted their goal in the recent Eurobasket in Valencia. The Serbian team, after beating Spain in the quarterfinals, were proclaimed European champions. “Now the illusion is to correct the mistakes we made in that game, avoid the damage they did to us that day in the low post and remove our thorn,” announces Laura Gil. Spain is in group A along with Korea, Serbia and Canada. The tournament consists of three groups and the first two from each group and the best two third parties qualify for the quarterfinals.