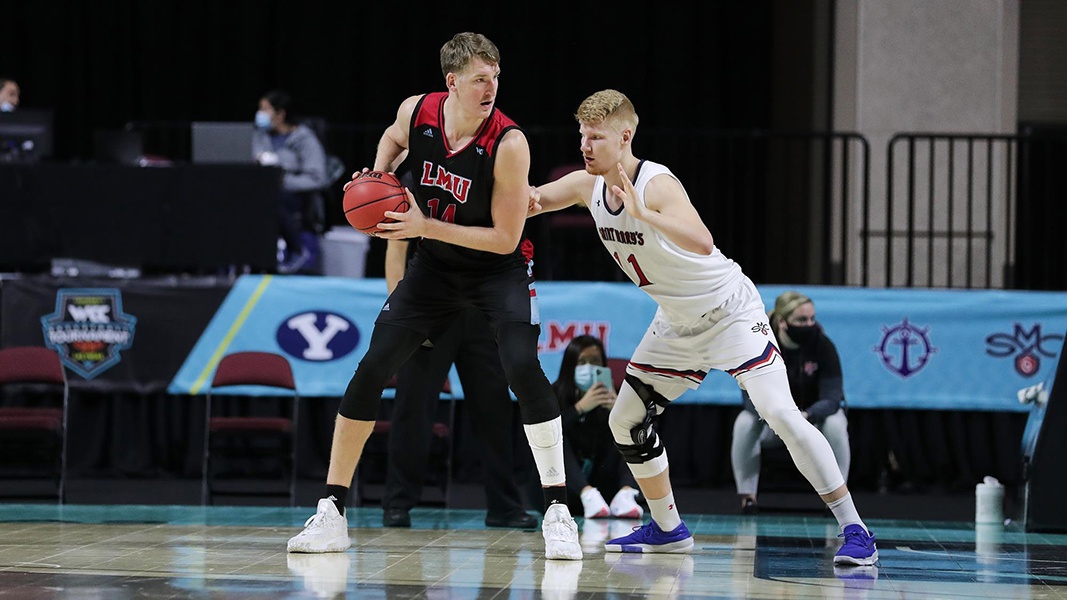 In our first installment we already emphasized that many players had decided to extend their stay in the university system by one year following the new NCAA policy of allowing an extra year. The search on our part for possible players who want to jump to professionalism was incessant, so after echoing some outside we go on today to make them of the community interiors / cotonus.

We have left out DI seniors who at this moment we believe are a level above the FEB Leagues (Mamukelashvili, Duarte, Figueroa, Sarr, Pons…). As always, those who have already signed their first professional contract are also excluded: Lever (Italy), Gómez (Turkey), Woldetensae (Italy), Da Silva (Germany), Esposito (Italy), Haarms (Germany), Chukwuka (Sweden ), Vila (Spain); as well as those who jumped to professionals last season (Bender -Poland-, Ivanauskas -Lithuania- or Þorbjarnarson -Iceland-).

The Bahamian has been a starter since his year Sophomore, with averages on the track close to 20 minutes. It’s about a combo forward that he played in his university out of position, doing it many minutes of ‘five’. More interesting than what their numbers say in terms of shooting percentages. Comfortable moving without the ball, very good in the cuts and in the game of blocks, makes good use of the spaces in the Q&AHe can face for power and even open on the triple to pop, but he lacks consistency in the shot and sometimes makes unnecessary mistakes as a result of his youth. In defense he can fulfill by physical and activity and everything indicates that he is a player who will grow in professionalism.

After standing out in training teams and in an Estonian youth club like Audentese, he came to the Dons, where he spent three years in pure reserve until this last season he entered the rotation. He is an interesting power forward in his role as a specialist. Slim and without explosiveness, he understands the game and watches basketball, knowing how to play the extra pass. His ability to lower the ball is surprising, although the lack of strength conditions him in contact. He can move well without the ball. Very good in the pop (with a range of 8 meters), it can be a specialist like ‘four’ open. Impaired in defense by the Dons system (a long time of ‘five’), it suffers against physical / explosive pairs, but it has a good size and holds in the Q&A outdoors by your body. With long arms, rebounding is good.

He went through LEB Plata with Basket Zaragoza (Olivar) before joining a powerful DI team where he has gained a few kilograms of muscle and where he has been a starter for the last two years after some first learning. We speak of a mobile ‘four’ with a lot of capacity to face due to its good reading of the game and its good handling. With the ability to pass, he is ready when it comes to moving without the ball or attacking the offensive rebound. He needs to improve definition in contact and his progression in professionalism may be associated with his possible daring to shoot from the triple, something that would not be unreasonable due to the quality he has and his hand from 3-5 meters.

Two seasons in Ole Miss with almost no games due to two knee injuries, which seem forgotten after three years of good performance with the Owls. Mobile for his size, he takes advantage near the rim against physically inferior opponents. Three are usually his scoring routes: ending the blocking game and then opening in the pop to surprise from the triple and playing with his back to the basket (he knows how to turn to both sides, although he lacks some strength). Able to run the transition, he is not yet decisive in the low post and, although he takes fouls, he does not generate play from the low post for the others. At the back, it takes up space (covering it by size), but without acquiring the rank of defensive specialist.

Finnish promise in lower categories with good numbers (10.0 pt), he was recruited by Oklahoma, with a residual role two years before heading to UT-Martin, where this year he started and had a little more presence. For me with less inches than the officers, he has broad shoulders but little explosiveness, not having a great lateral displacement. With tact to score, he seeks to gain spaces or play without the ball. In the post you can see movements from the back to the hoop but without being a virtuoso. The rebound goes by position rather than by conditions, being a player who stood out in lower categories by size. We will have to see now which league is the best for him.

We already talked about him in NCAA Underground after a last year of impact. This is what we said of the Dane: “With his inches, his youth and his good work at Hørsholm, it was normal for college basketball to tempt the Dane, being Wichita St who recruited him. After three years on the bench, he changed and came to Grand Canyon, where he has exploded. It is a pure ‘five’ that takes up a lot of space, who knows how to take advantage of his physique and, without being very explosive, is comfortable playing at the post or finishing, also working on the offensive rebound. He causes problems on defense with his size, but he suffers if you take him out of his range. A player to follow and progress in professionals ”.

His good performances in the postseason tournaments make it clear that he is a budding talent and that perhaps to reach the FEB Leagues it is necessary to bet heavily on him, knowing that he is a player still in progress and in continuous improvement.

With that height and playing at the highest level in Sweden with Jämtland he is always in the spotlight, being recruited by LM, where he has played all this time. This season he has traced his numbers from the previous ones and has not noticed the inactivity of 19/20 (personal issues). It is a true mountain that by size reminds us of Menzies, without much mobility but very effective near the basket. The Swede is a very great player who when he wins the position and raises the ball he practically gets a basket or a foul, being safe from free throws. In addition, he is a good finisher, knowing how to play without the ball and taking advantage of his options. Defensively, it is a wall in its radius of action, but it suffers on the move and fouls sometimes take away action time. A very clear profile that you have to bet on for a very determined pace of play.

There are players that I think I have ruled out for different reasons, the strongest being that it didn’t go too long (a name, for example, Samson george). Then there are players whose passport I have not been able to confirm (Chidom, Thsimanga), as well as others, such as the Spanish Robinson Idehen, which is not clear if they already jump to professionals or remain in the NCAA.