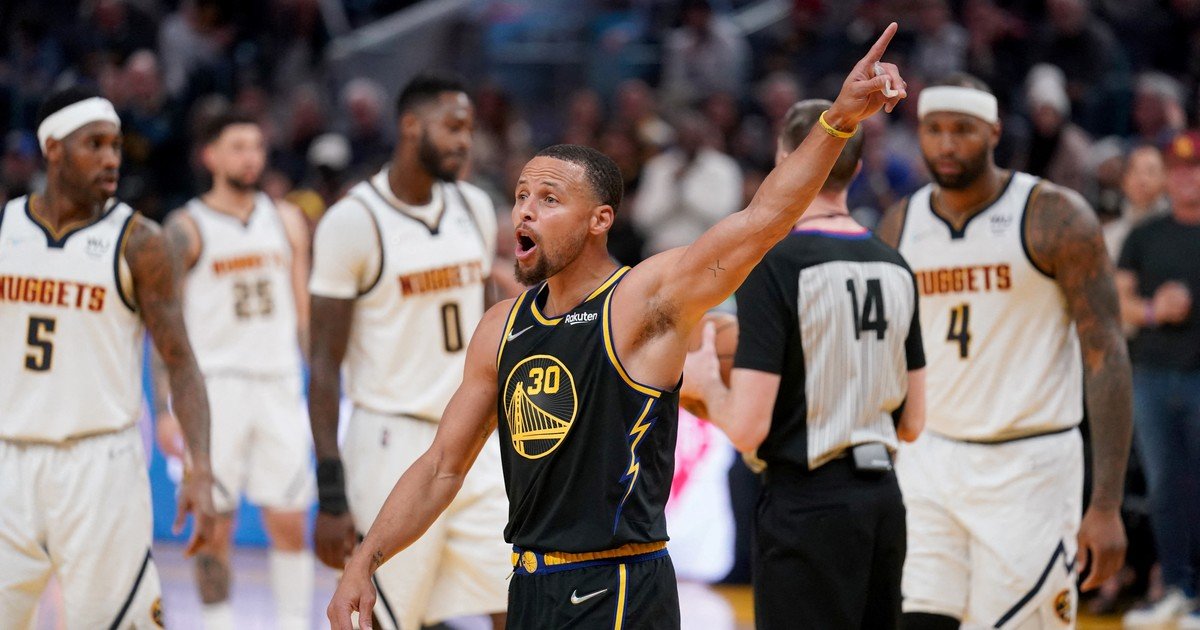 Anything nicer than the Playoffs? Yes, the finals. But still, for the NBA to be defined, there is still a long way to go. After the closing of the requalifiers, the heads-up with Argentines as protagonists began this Saturday. Or almost. Leandro Bolmaro did not see minutes in the Minnesota Timberwolves victory and Facundo Campazzo did not participate either (because of his suspension date for incidents) of the heavy defeat of the Denver Nuggets.

With Stephen Curry back and Jordan Poole as an unexpected figure, the The Golden State Warriors defeated the Denver Nuggets 123-107 on Saturday. at the start of the NBA playoffs.

The Warriors didn’t need a great version of their leader, Stephen Curry, to get ahead of Nikola Jokic’s Nuggets in this Western Conference series. The point guard, who was returning after 12 games out due to a foot injury, started as a substitute and scored 16 points in 22 minutes of play.

Jordan Poole replaced him in the starting lineup with a dazzling playoff debut at age 22, in which he reached 30 points and five three-pointers. The only player in Warriors history to beat Poole’s score in his first playoff game is the legendary Wilt Chamberlain.

Driven by the Chase Center crowd, the Warriors took a wide lead in the second quarter that ended up being unattainable for the Nuggets, in which Jokic found little support from his teammates. The Serbian center, candidate to revalidate the MVP award (Most Valuable Player), finished with 25 points, 10 rebounds and 6 assists.

The only surprise victory of the day came from the Minnesota Timberwolves 130-117 at the Memphis Grizzlies courtsecond seed in the Western Conference.

Anthony Edwards, 20, made his debut in a playoff game with a spectacular 36-point tally, four triples and six assists. Previously only three players — Magic Johnson, Derrick Rose and Tyler Herro — were able to reach 36 points in their postseason debut before turning 21.

Karl-Anthony Towns bounced back from his disappointing playoff performance against the Clippers with 29 points and 13 rebounds. For Memphis, their leader Ja Morant reached 32 points but did not have enough help from other props like Jaren Jackson Jr. (11 points) or Desmond Bane (17).

The young Grizzlies, one of the emerging teams in the NBA, faced a playoff series for the first time with the pressure of being the favorites and the Timberwolves made them pay from the start of the game.

Tyrese Maxey had 38 points in the resounding victory of the Philadelphia 76ers 131-111 against the Toronto Raptors. Cameroonian center Joel Embiid had 19 points and 15 rebounds and James Harden another 22 points for the Sixers to go ahead in this Eastern Conference series.

Harden encourages Maxey, who made her small. (AFP)

Beyond his stars, the audience at the Wells Fargo Center vibrated with the actions of Maxey, a vertiginous shooting guard who exploded with 21 points in the third quarter alone. At 21, Maxey is the youngest player in Sixers history to exceed 30 points in a playoff game..

The Raptors, far from the team that was proclaimed NBA champion in 2019, experienced a nightmare playoff premiere also losing rookie Scottie Barnes to injury early in the fourth quarter. Barnes was starring in a brilliant playoff debut with 15 points, 10 rebounds and 8 assists when he suffered a strong stomp on his left foot by Embiid and had to be helped to retire to the locker room.

In the first duel on Saturdaythe Utah Jazz suffered to prevail 99-93 to some Dallas Mavericks that they could not count on their star Luka Doncic, injured in a calf since the last game of the regular phase.

Donovan Mitchell led the Utah offense with 32 points, 30 of them in the second half, and Frenchman Rudy Gobert was the defensive bulwark (5 points and 17 rebounds) in a victory that the Jazz had to sweat much more than expected.

Jalen Brunson (24 points) and Spencer Dinwiddie (22) kept the Mavericks’ hopes alive until the last minute at the American Airlines Center, but the Jazz were not carried away by the ghosts of their recent playoff performances. Dallas’ chances of qualifying are tied to the recovery of Doncic, whose presence in the second game on Monday is very doubtful.