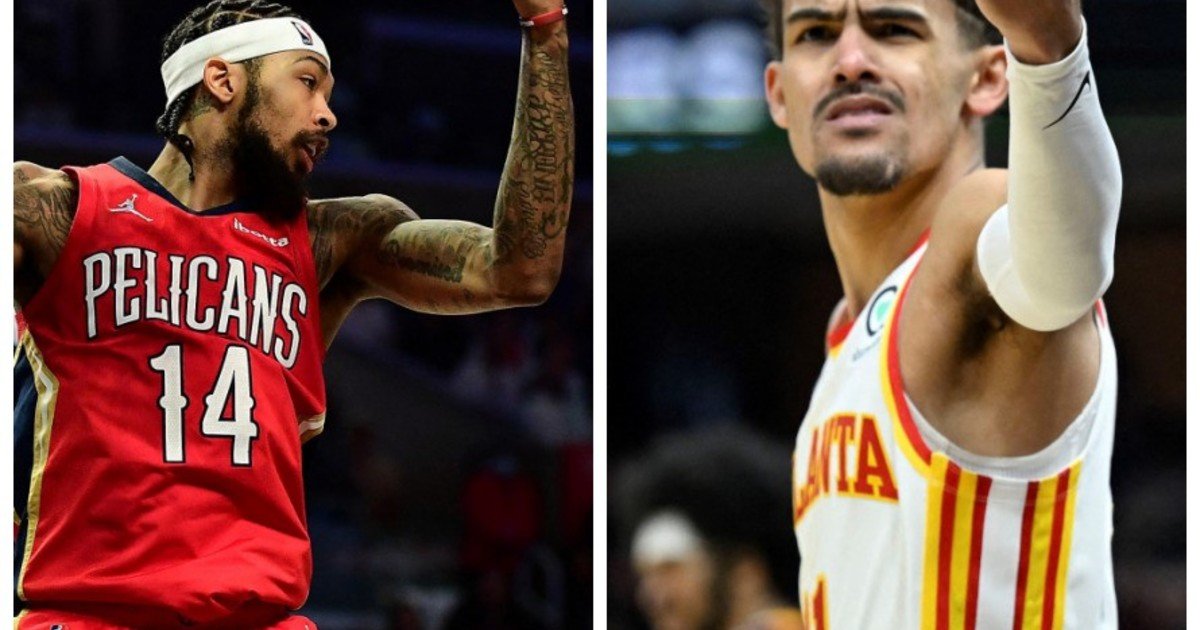 With two away wins at the end of the playoffs, The New Orleans Pelicans and the Atlanta Hawks took over this Friday with the last two tickets to the Playoffs of the NBA.

the pelicans They defeated the Los Angeles Clippers 105-101 and met in the first round of the playoffs with the Phoenix Suns, first seed in the Western Conference. The Hawksmeanwhile, beat the Cleveland Cavaliers 107-101 and will face the Miami Heat at the start of the East playoffs.

No Playoffs in Los Angeles

After the elimination of the Lakers in the regular phase, the city of Los Angeles was left without representatives in the playoffs with the worthy defeat of the Clippers, who fought until the end despite the absence of their two stars. Paul George was discharged at the last minute due to a contagion of Covid-19 and Kawhi Leonard has been injured all season. Brandon Ingram (30 points) and Larry Nance Jr. (14 points and 16 rebounds), both former Lakers players, were the main weapons for the Pelicans, who will play their first playoffs since 2018.

The Pelicans had bet very heavily on breaking their playoff drought in a season in which they have been without Zion Williamson. The young power forward, landed in the NBA with the tag of future superstar, has been out of the team all season due to a foot injury, among continuous rumors of a bad relationship with the Pelicans leadership. Even without Williamson, the franchise decided to acquire the experienced CJ McCollum (Blazers) to make the necessary jump to reach the playoffs.

With no room for error, the Pelicans fired Gregg Popovich’s San Antonio Spurs on Wednesday in the first game of the playoffs and clearly dominated the Clippers in the first half. With 18 points from a brilliant Ingram, the Pelicans came into the break with a 10-point lead (56-46). But around the locker room, Ty Lue’s risky strategy began to bear fruit.

Lue, one of the best strategists in the NBA, faced the highest quintet in the league without any born center, relying on the defensive versatility of veterans like Nicolas Batum or Marcus Morris. The pulse of the New Orleans offense began to tremble when the Clippers put the direct hand of Reggie Jackson and Marcus Morris, who scored 27 points each, until turning the scoreboard with a 20-2 run that ignited the Crypto.com Arena.

At the start of the fourth quarter, the Pelicans got back into the game with a 14-1 run that tied the tie at 88 and left the match ready for a heart-stopping finish. Jackson and Norman Powell missed free throws in decisive moments that doomed the Clippers.

Under the baton of old Young…

From the hand of a devastating Trae Young (38 points)the Atlanta Hawks were also victorious on the road against the Cleveland Cavaliers.

Despite going behind on the scoreboard for almost the entire game, the Hawks ended up imposing their experience against the young Cavaliers, who received a painful elimination in front of their fans after being one of the great sensations of the year in the NBA.

Cleveland couldn’t take a big enough lead even with Clint Capela’s early injury, and Trae Young blew them away in a memorable 32-point second half. The Cavaliers, eighth in the regular season, fell one step away from qualifying for the postseason for the first time since LeBron James’ departure to the Lakers in 2018. The Hawks, on the other hand, did not fail in their two playoff games, beginning with a resounding victory on Wednesday against the Charlotte Hornets.

After a disappointing start to the season, the Hawks aspire to repeat an acceleration in the playoffs like last year, when they reached the final of the Eastern Conference, where they fell to the later champions milwaukee bucks.

NBA: Pelicans and Hawks, the last two qualified for the Playoffs