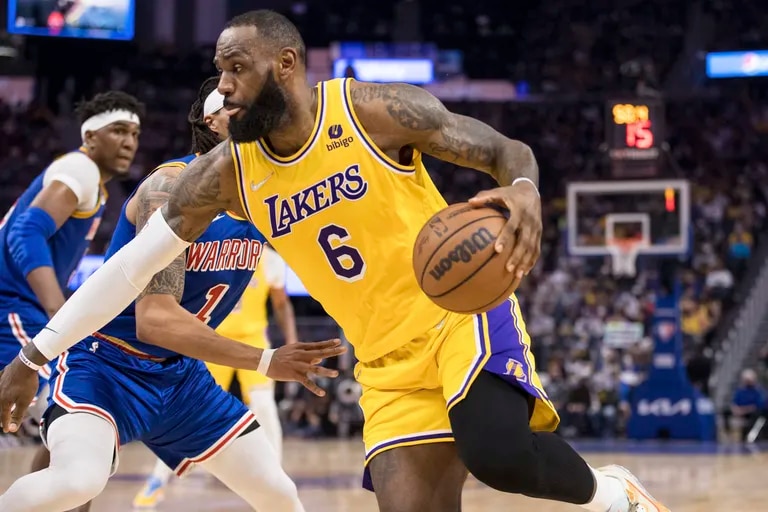 Overcoming the legendary Kareem Abdul-Jabbar, Los Angeles Lakers superstar LeBron James this Saturday he became the player of the NBA who has scored the most points combining regular phase and playoffs. ‘King James’, however, is still below Abdul-Jabbar (an unavoidable reference in American basketball in the ’70s and ’80s) and Karl Malone in the total points of the regular phase, which is the ranking with the one that the NBA determines the highest scorer in history.

In the accumulated regular phase and playoffs, LeBron outplayed Abdul-Jabbar during Saturday’s game between the Lakers and Golden State Warriors (winners 117-115), in which he needed to record at least 19 points to reach that lead. The Los Angeles forward tied the 44,149 points that Abdul Jabbar accumulated between the regular phase and the playoffs with a three-pointer with 1:24 to go before the break and surpassed him with another three-pointer at 7:08 to go in the third quarter.

At 37 years old, ‘King James’ He is in one of the best moments of his 19-year career, averaging 29.1 points, 7.7 rebounds and 6.5 assists in 36.7 minutes per game. LeBron has 22 games in a row scoring at least 25 points: against the Warriors he overcame the best streak of this type of his career.

The combined points table It is led by James with 44,157 points, ahead of Abdul-Jabbar (former Milwaukee Bucks and Los Angeles Lakers player, who is now 74 years old), who has 44,149. In third position is the historic emblem of the Utah Jazz, Karl Malone, with a record of 41,689; fourth is the late Kobe Bryant (Los Angeles Lakers), with 39,283; while fifth in this table is Michael Jordan (Chicago Bulls), with 38,279.

James finished his work at the Chase Center in San Francisco with a roster of 26 points (6-17 doubles, 3-10 triples, 5-9 free throws), 15 rebounds and 8 assists in just over 38 minutes. in the game box. In the Warriors (42-15) shooting guard Klay Thompson stood outalready consolidated after two severe injuries that sidelined him from the courts for 941 days, who finished his work with 33 points and 5 rebounds.

NBA: LeBron James became the top scorer in history in the “combined” table