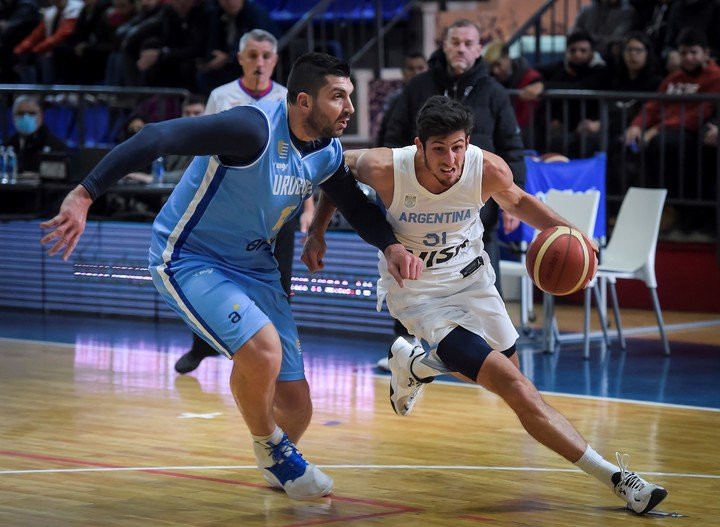 The pass market NBA started with everything. Several franchises wasted no time in planning their trades for next season. And, so far, the biggest surprise was that of Kevin Duran, who asked the Brooklyn Nets to trade him. But this Friday, other heavy transfer information appeared: the Argentinian Leandro Bolmaro, Along with other teammates from the Minnesota Timberwolves, he would go to the Utah Jazz in exchange for the Frenchman Rudy Gobert.

Bolmaro is part of the new selection process. (@cabboficial)

According to Adrian Wojnarowski, the prestigious ESPN journalist and one of the most respected in the NBA transfer market, the Timberwolves would send the Jazz Bolmaro, Malik Beasley, Patrick Beverley, Walker Kessler (selected 22nd in the recent draft), Jarred Vanderbilt and their 2023, 2025, 2027 draft picks and a top 5 protected pick from 2029 in exchange for Gobert.

The Cordovan – who alternated between the G League and the NBA – played a total of 35 games last season. Between all those games, he averaged 1.4 points, 0.6 assists and 1.2 rebounds. His best game was on April 10 of this year, when he scored 11 points and assisted 4 times in the Timberwolves’ victory over the Chicago Bulls.

THE OBJECTIVES OF EACH FRANCHISE IN THIS TRANSFER

Rudy Gobert could make it to the Minnesota Timberwolves. (Photo: GETTY IMAGES/AFP)

If the transfer becomes official, the Timberwolves would acquire a defensive specialist with Gobert. The Frenchman was chosen as the best defender in the league in the 2020-21 season and was included multiple times in the ideal defensive quintet.

However, they would not only get an outstanding defender, but also they would bet with everything to try to reach the Finals. A possible starting squad for next season -if they don’t move another of their main pieces- would be made up of D’Angelo Russell, Anthony Edwards, Kyle Anderson, Karl Anthony Towns, and Gobert. A more than fearsome team…

And it seems to be a premeditated decision. There are players with a lot of experience in the Timberwolves, and that’s not counting the evolution that Anthony Edwards can achieve. Although the magnifying glass will probably be on how Gobert and Towns could connect, the two towers that the Minnesota team could put on the court.

Towns, the other center of the Timberwolves. (Photo: AP/Steven Senne)

The Jazz, meanwhile, They are fully committed to rebuilding the franchise and getting projection rookies who can accompany Donovan Mitchell, the Utah superstar. They have already traded Royce O’Neale (one of the starters last season), Eric Pascall and Joe Ingles, a very important player in the franchise.

They also have a new coach: Will Hardy, who comes from being an assistant in the San Antonio Spurs. The young man, just 34 years old, will have his first experience as a coach in the NBA after Quin Snyder has resigned in Utah, after being in charge for eight seasons.

Both the arrival of several picks of the Draft as the assumption of Hardy are, of course, a bet on the future. However, the Jazz get several versatile players who can be very important in the process, like Bolmaro himself or the experienced Beverley.

​As a result of the Jazz’s proposal being youngsters, there will surely be many minutes for Bolmaro next season.

Christian Wood (17.9 pp, 10.1 reb and 2.3 assist last season) from the Houston Rockets to the Dallas Mavericks.

NBA: Leandro Bolmaro would be transferred to Utah Jazz