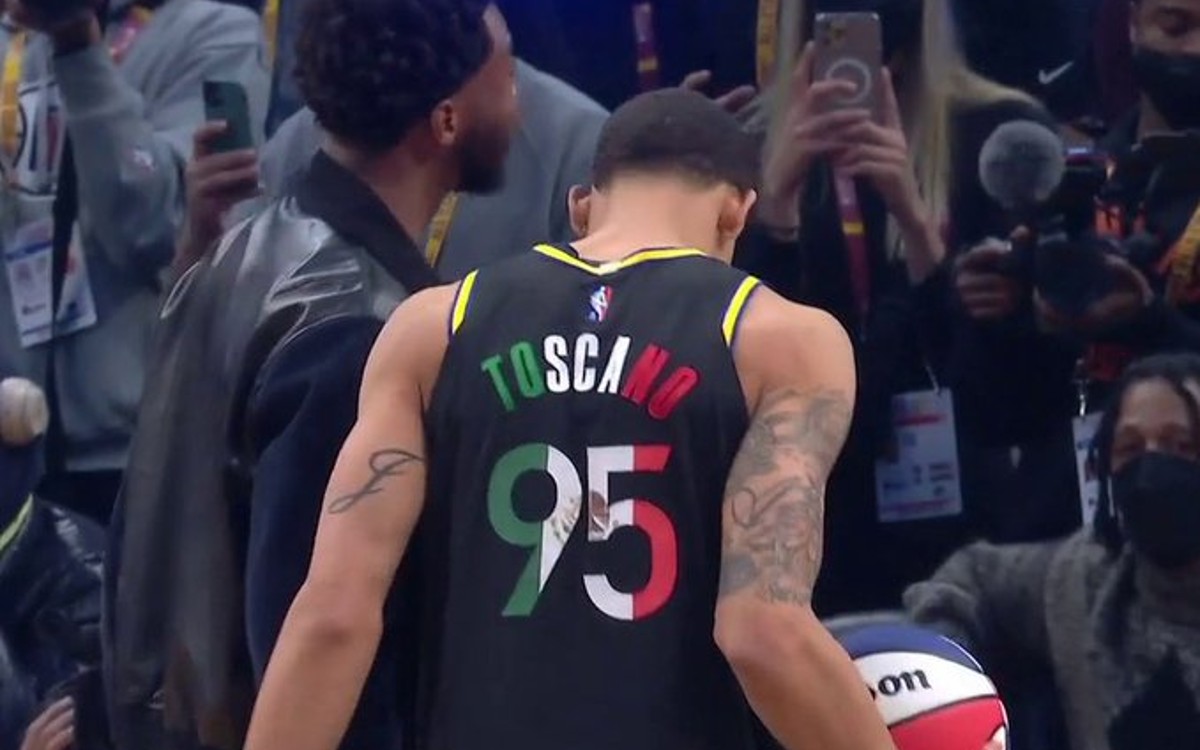 Juan Toscano-Anderson participated in the NBA Slam Dunk Contestwhere he shone by placing second, and for his historic participation he wore the colors and shield of the national flag on his jersey and shoes, for which the basketball player, born in Oakland, but of Mexican parentscould face consequences, according to the Law of the Shield, Flag and National Anthem.

Juan Toscano is MEXICAN and proudly represents us in the NBA 🇲🇽🙏#NBAAllStar pic.twitter.com/FAnuoYPgpx

the mexican american player wore the national colors during the week of NBA All-Star Gamehighlighting the number on his jersey, sneakers and the National Shield on the back of the shirt.

The law indicates, to the letter in article 6: “The Authorities may make Official Use of the National Shield without authorization from the Ministry of the Interior. Also, institutions and individuals, prior authorization from the Ministry of the Interior and adhering strictly to the provisions of articles 2o. and 5th. of this Law, may reproduce the National Shield when it contributes to the worship and respect of said National Symbolas well as to spread its origin, history and meaning”.

🇲🇽 Long live Mexico! This was the participation of Juan Toscano-Anderson in the Dunk Contest 2022. #NBAAllStar pic.twitter.com/kowPOpCgXv

Unlike countries like United Stateswhere toathletes use the flag as part of their clothing at events, in Mexico its use is prohibited and stipulates the consequences in the Federal Penal Code and in the same Law of patriotic symbols.

How many flags should Juan Toscano come out with so that they understand that he wants to show himself as a Mexican?

If he has the nationality and he wants to represent it, HE IS MEXICAN! pic.twitter.com/4Pfdfg7yzZ

At Federal penal code is indicated in the articles 191 and 192 that he “offended the coat of arms of the Republic or the national flag, either by word or deed”will apply a sentence of six months to four years in prison or a fine of 50 to three thousand pesos; While. who do misuse of national coat of arms, insignia or anthemit will be applied three days to one year in prison and a fine of 25 to a thousand pesos.

Meanwhile, the Law of the Coat of Arms, Flag and National Anthem dedicate a subject to sanctions, making it clear that they must be complied with in accordance with article 6.

While in the section on sanctions, from article 56, it stipulates: Violators of this Law may be impose one or more of the following sanctions:

(With information from ESPN)

NBA: Did Juan Toscano-Anderson break the Law of the Shield, Flag and National Anthem? | Video