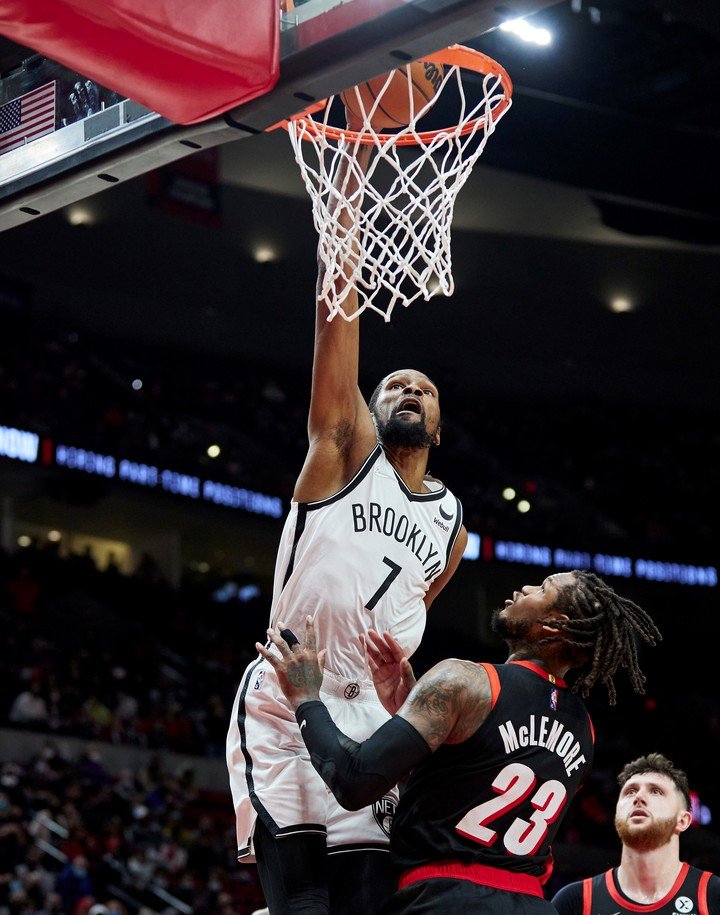 The NBA It is not only one of the most entertaining leagues for what happens in the regular stage and playoffs, but also for what happens out of season. This Thursday Kevin Durant surprised everyone when he made the decision to ask for a transfer to his current team, the Brooklyn Nets. The 33-year-old superstar did not have the expected success in the New York franchise and she will look for a new place where she can get her third ring.

Durant is one of the best players in the league right now. (Photo: Craig Mitchelldyer)

Why was no one expecting this?

There had been a lot of talk about the Nets, since they suffered from a chaotic year in which they transferred james harden to the Sixers and on the other hand the controversial Kyrie Irving he missed much of the campaign over his refusal to be vaccinated against the coronavirus. In addition to this, the team since the arrival of Durant did not even come close to obtaining a ring, since in three seasons it did not manage to advance to more than the Conference semifinals.

With all that background situation and a 2021/2022 season that culminated in a sweep of the boston celtics (who later became finalists) in the first round, the future of the 10-time all-star forward and star point guard was uncertain. And so it was until the latter exercised his option to renew for an additional season on Monday, so everyone assumed that if one continued with the team, the other was going to stay.

Kevin Durant had no contact with the franchise after Irving took his deal Monday. (Photo; Adam Hunger)

Quite the opposite happened, since Durant is currently working with the general manager of Brooklyn, Sean Mark, to find a new destination. Also, according to ESPN journalist Adrian Wojnarowski, in exchange for the two-time champion with Golden State, “the Nets will seek a historic return in players and Draft elections.”

the eaves He comes from averaging 29.9 points, 7.4 rebounds and 6.4 assists per game. in the last season in the Nets, reason why any franchise would fight for a player of such category. The 2014 season MVP had renewed his commitment to the Brooklyn franchise in 2021 for four seasons and $198 million.

“Phoenix and Miami are among two of the teams that Kevin Durant has on his wish list., but the Nets plan to move Durant where they can get the best possible deal. With four years on his contract, there is no shortage of teams willing to offload assets for Durant,” Wojnarowski said.

The Phoenix Suns were defeated in the 2021 finals. (Photo: Paul Sancya)

What’s coming in the NBA

With the Draft concluded a short time ago, teams prepare for the free agency period, which opens Thursday. In this, franchises will be able to hire players who currently do not have a contract.​

Paolo Banchero was selected first in this year’s Draft by the Orlando Magic. (Photo: John Minchillo)