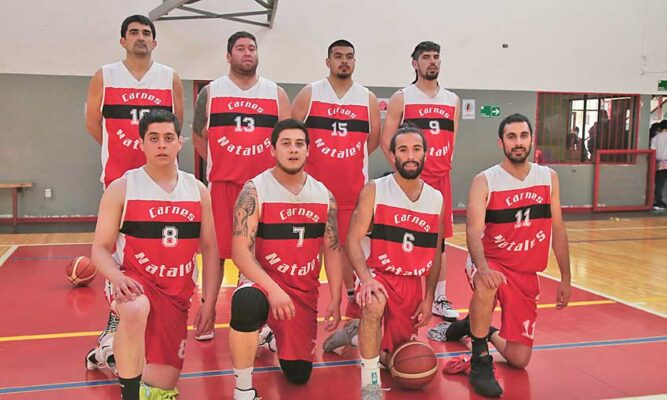 He defeated 66-45 in the final to win the men’s competition title.

Before a large audience, the title was disputed in the Spanish gym, where the natives deservedly won the crown, signing a good campaign from the group stage.

In the quarterfinals, Natales dispatched the Home Clinic with authority (62-30); In the semifinals he eliminated Banc also clearly (61-37) and in the final he accounted for Gonzalex (66-45), a cast that was undefeated after winning group “B” and then overcoming Transportes Bishop in the quarterfinals. (43-39).

Let’s remember that Gonzalex then advanced directly to the final, as his potential semi-final rivals (Team Croatia and Gimnasio Planet) were disqualified by secretariat in the round of the best eight.

After the match that defined the champion, the award ceremony was held with trophies and medals for the first three places.

The tournament’s top scorer was Nicolás Gallardo, from Banc, a team that finished third. Meanwhile, Esteban Mimica, from Gimnasio Planet, was chosen as the most correct player.

The awards were presented by the collaborating delegates Rosa Gallegos, Gerardo Caro and Juan Ayaquintui. “14 clubs participated in the tournament with a total of 180 athletes and 45 matches during three months,” said Jorge Anticevic, regional delegate of Canal Laboral.

He emphasized that “there was great support from the club delegates and the general public, abiding by the provisions indicated for access to the sports venue regarding measures such as the Mobility Pass, use of a mask and alcohol gel.”

Likewise, he thanked “the participating clubs, the media and the public”, highlighting in a special way the effort made by the Puerto Natales and Porvenir clubs “to arrive in our city on weekends and participate in the competition.”

In this way, the curtain fell on the activities of the Labor Channel in a very “special” 2021 season that was able to get ahead despite the pandemic, consecrating two champions. Let us remember that in the female category the title was also for Natales, after beating Banc at the beginning of the month 57-56 in the final.

Natales was crowned in labor basketball