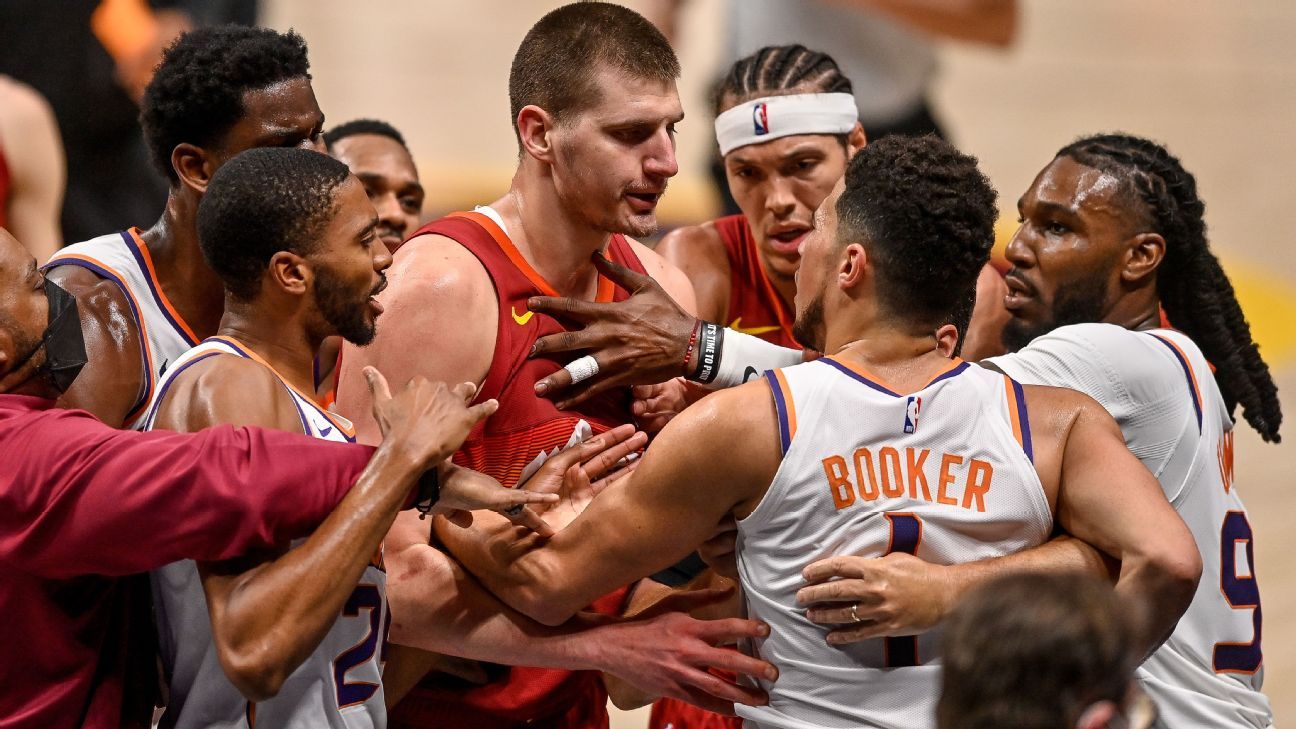 With the Denver Nuggets on the brink of elimination from the playoffs, the NBA’s Most Valuable Player, Nikola Jokic, was ejected from Sunday night’s game with a Flagrant 2 foul after taking a wild swing in frustration against the Phoenix Suns point guard, Cameron payne.

After a lengthy review, Jokic was fouled Flagrantly 2 and was ejected from Game 4 of Denver’s Western Conference semifinal series with 3:52 remaining in the third quarter and the Nuggets trailing the Suns by eight points.

The foul came after Jokic missed a tag in an attempted forward one-handed shot to the basket, while briefly glancing at a referee and gesturing. In apparent frustration at not scoring the play, he ran to hit the ball hard, hitting Payne in the face.

Referee David Guthrie could be heard on the broadcast explaining the decision, saying, “After replay review, there is an ending, an impact and a follow-up.”

The star of the Suns, Devin Booker, made an immediate exception to Jokic’s play, facing the big man as both teams briefly shoved each other before parting ways. Booker was charged with a technical foul.

After being expelled, Jokic appeared to apologize to Payne.

Flagrant foul 2 is defined as “unnecessary and excessive contact committed by a player against an opponent”.

The Suns lead the series 3-0 and have been in full control since Game 1, winning all three games by double figures.

Jokic left the game after recording 22 points on 9 of 17 shots, to go along with 11 rebounds and 4 assists in 28 minutes.