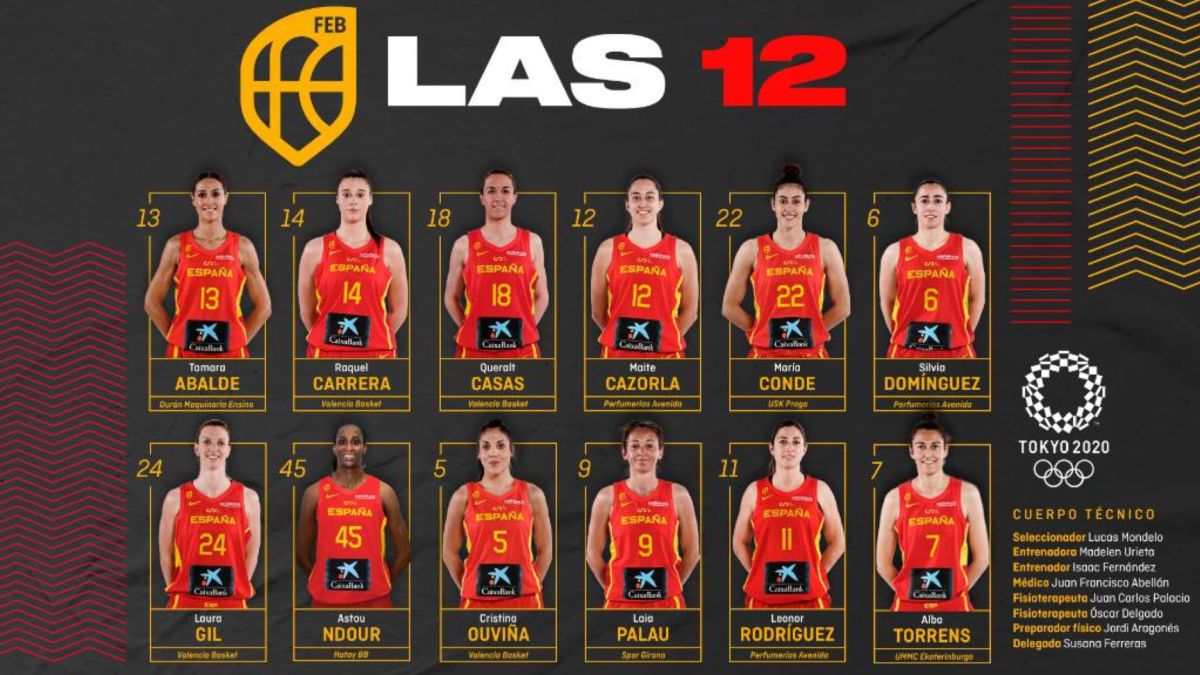 Lucas Mondelo, women’s national basketball coach, has made known to the twelve players that will make up the squad who will travel to Tokyo next Saturday, July 17 to play what will be the fifth Olympic Games for the women’s team.

Forward Laura Quevedo and center Paula Ginzo, who have both been discarded, will continue working with the rest of the team until July 15..

The coach stressed that “the two players have been part of the team throughout this summer, playing the Eurobasket in Valencia, helping the team and performing at the highest level“.

“They are players of present and future, who have shown great professionalism and have done a good job, “added Mondelo.

The women’s team will travel to Tokyo next Saturday, July 17. Before and Over the next few days, it will continue in Madrid with its set-up for what will be the fifth Games in women’s history.

“The players transmit a lot of energy to me and despite the losses and difficulties, we continue to grow day by day. We will go to Tokyo with illusion. I have hope in the team, “Mondelo said.