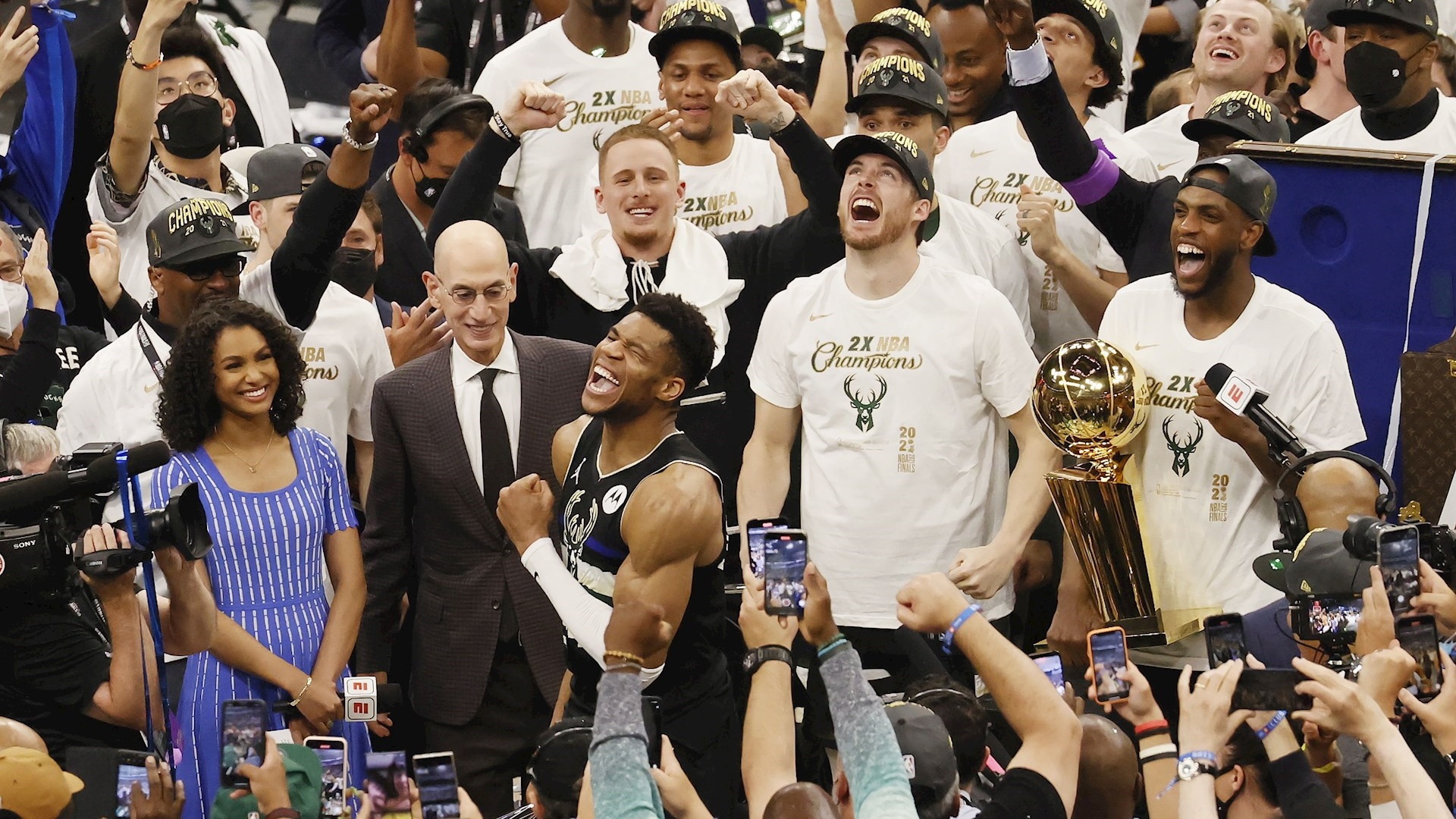 The Milwaukee bucks of Giannis Antetokounmpo champions of the NBA, his first title in fifty years, after defeating 4-2 in the Finals at the Phoenix suns.

An impressive Giannis Antetokounmpo, with 50 points and 14 rebounds, crushed the Suns tonight (105-98) to give the Bucks the second ring in their history after the one they achieved in 1971 with Kareem Abdul-Jabbar and Oscar Robertson at the helm. .

Antetokounmpo was elected Mvp Finals after a performance portentous and historical throughout the entire series.

The Bucks trailing 0-2 after the first two games in Phoenix (USA), but they were remade in a masterly until adding four wins consecutive titles that gave them the title honoring the battle cry of their fans: “Bucks in Six”(“ The Bucks win in six games ”).

The sixth and final game featured the excitement and tension of the big nights as the Bucks and the Suns They reached the last quarter tied at 77.

In a very tight ending Khris middleton (17 points) joined Antetokounmpo, the great hero of the night, to guide the hosts to victory.

The Bucks also benefited from the bad game of Devin Booker, extraordinary in these playoffs for the Suns but who had an unfortunate performance in this sixth game (19 points, with 8 of 22 shooting, and 6 turnovers).

“It means everything that they had trust in me.”

From 2nd-round pick to a postseason run filled with clutch shots .. Khris Middleton is an NBA Champion! #ThatsGame pic.twitter.com/N7e1MnClXz

Chris Paul, who at 36 played and lost his first Finals, was the Suns’ main reference with 26 points and 5 assists.

The city of Milwaukee (USA) turned upside down on Tuesday with theirs as thousands of people gathered around the Fiserv Forum – packed to the brim – to follow the game on giant screens.