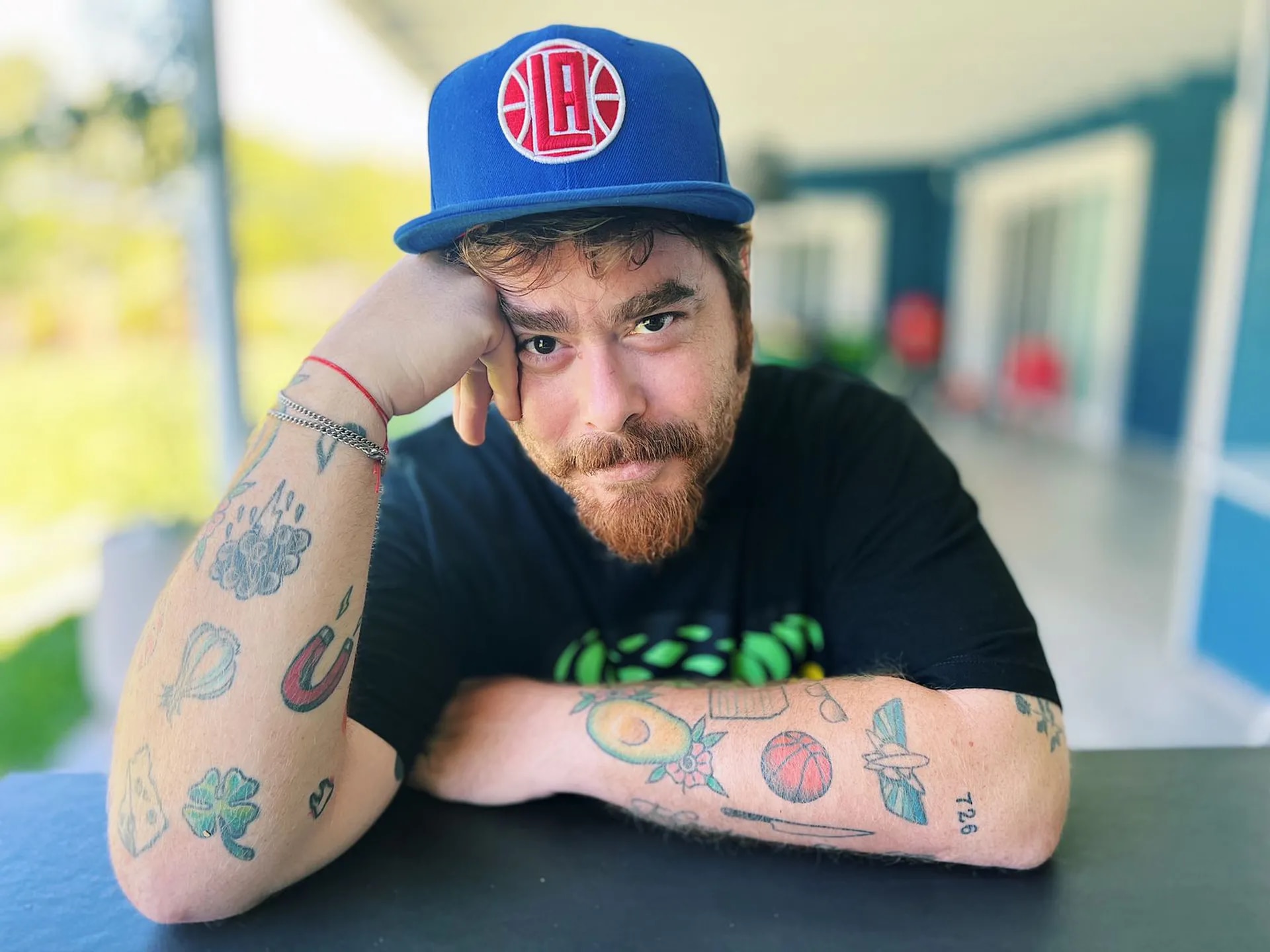 Miguel Granados is the protagonist of A housea new Flow miniseries in which the humorist, musician and actor raises the foundations and walls of a home. A fulfilled dream that goes beyond fiction and which he arrived at after only six months on the job as “patron” of a staff subjected to his finest weapon: humor.

American-style, the house was built with the system of steel framinga network of steel bars that fit together like the pieces of a puzzle. The kitchen is “the star” of the property, which Migue sketched together with his partner. In the decoration there is no lack of fictional dolls from her collection and in the outdoor area one element draws attention: a huge basketball court to which Facu Campazzo gave his blessing.

“My goal was always to save to build a house. Over there I did jobs that I didn’t like for that sole purpose. He used to say: ‘today I came here because with this I’ll buy a pothole or something else’”, he tells in a chat with LA NACION and adds that as a boy he channeled his hobby of construction in front of the computer screen: “I was a fan of The Simsa patient of that game, did not play to live together, but to make houses”.

During the six 20-minute episodes of the miniseries (devised by him), Granados is in charge of buying the materials for the work, comparing prices, supervising the progress of the works and be on top of architects and masons. Play as usual bother in the key of comedy.

-I always liked construction, architecture, fixing things, that’s why I loved the whole experience of having gone to buy the floors, the walls, the toilets, the taps. I love going to those places. I learned a lot though I always got around with the machines, the drill, the welder. I did primary school in a technical school.

-What are your favorite places in the house?

-The kitchen. It was what I liked the most to design and think. In addition, the house is super sustainable, eco friendly badly, it has solar panels and no water was used to make it. The structure is steel. The system steel framing It is very practical: you design it and assemble it as you want. The skeleton is sent to be printed (made of steel bars that you screw and assemble a cage), then it is filled, isolated and covered with the coatings that you want: marble, porcelain, tile, plaster.

-The basketball court had its baptism with none other than Facundo Campazzo.

-Yes, and Facu appears in the series. He came and we shot a few shots in the field. Handsome. I admire and love him very much. I bank it to death where it is. Normally, when you do a house or a reform, you have photos of the progress. And I was left with a record, with those moments, for life, which is the series.

After his successful passage through latest cartridges, the radio program he had on Vorterix with Martín Garabal, Granados faced new projects. With almost a million and a half followers on the networks, the humorist she drives Play room by ESPN and shines as an interviewer in rawa Spotify podcast in which he addresses multiple social realities.

From the rules of a pioneering swinger like Mario to chatting about “the internals” of Judaism with the sociologist Emmanuel Taub, and from there to the memory of Carlos Páez Vilaró of those 72 nights at 4,000 meters high in the Andes and to the life story of the writer Camila Sosa Villada, Migue says that the cycle’s conversations “they deconstructed with slaps”.

“Several of these stories broke me in the middle, like the one about Alexis Padovani, who after a friendly rugby match became a quadriplegicor others about autism, Malvinas or human trafficking”, mentions the driver.

-It will continue raw?

-Yes, raw go on for another year. The essence is the same as in the Flow series: it’s me, researching and learning, from ignorance. raw They are strong topics but with roast questions.

-Your interview with Aníbal Pachano, the first of the cycle, changed for many the vision they had about the character, did you manage to explore another side of him?

My vision of him changed too. The interview with Pachano was the pilot. The idea for the entire podcast came from a conversation with Pachano and it happened after I ran into him in a restaurant and we sat down to talk. It was episode 1 and I was scared people would think it was celebrity interviews. And no, like Pachano’s, they are life stories, just raw things.

-What figures inspire you, who do you admire or gossip about on the networks?

I like a lot of interviewers. I liked the program Matías Martin did on Public TV a lot. I realized that it is much more important to listen than to speak.

-These days you also applauded the action of Santi Maratea and his fundraising to help Corrientes. What do you think about the whole phenomenon that arose around this: citizen mobilization, criticism from certain political positions?

-I believe that what he achieved has nothing to do with the State. It doesn’t seem to me that it exposes the State. Santi looks like a superhero to me. In other words, in New York there is the police and there is also Spiderman. I think that’s him. And obviously what I like is that the kid asks for money and you know where that money goes. I bank Santi a lot and my friends who don’t bank him less and less. The guy, instead of being in a bowling alley on a Saturday night, they tell him that Corrientes is burning and get a hundred sticks. It is a phenomenon.

-To what do you see the power of an influencer comparable today? From your place, do you stop to think about that?

-Yes of course. I think it’s a lot easier to be an influencer for evilhas much more arrival because people who are diving in the nets are more amused by criticism than by praise.

-Who makes you laugh?

-Everything that’s wrong makes me laugh. When something happens in a program that doesn’t have to happen, like those files in which a scribe approaches and calls (Mariano) Peluffo the winner. Those things. The dislocation, what is in a place that should not be. The awkwardness, the repetition of something until you get sick of it, until people get upset. And the series is that: I start to “burn the hat” to the people who are working and that’s where it gets really fun. People also amuses me, but I think that social networks change people’s attitude or posture a lot. That brings me down. When someone tastes good, for me they lose all freshness.

-Does your dad, Pablo Granados, make you laugh?

-Yes. My old man works a lot, he thinks things over, he edits them. The chabón is relaburant. He found himself the only one of his age who is fully generating things.

-Whenever you are in a place people laugh?

I’m not someone who thinks he’s funny. I’m a fool that when there are two who celebrate me, I continue. My first parameter, the first row of what I do is my peopleIf you don’t like it, tell me again.

-You really enjoy music, do you have any project in mind related to it?

-I love it and in some programs I play, on the radio I sing, in Instagram videos too. It’s the only thing that kept me clean and I don’t want to try to professionalize it.

-You also like cooking, were you ever tempted to join MasterChef?

-They called me and I love that program. I saw it all. I love it but I don’t want to do something that is so popular, so mainstream.

-Would you go back to the radio?

Migue Granados: “Everything that is wrong makes me laugh”