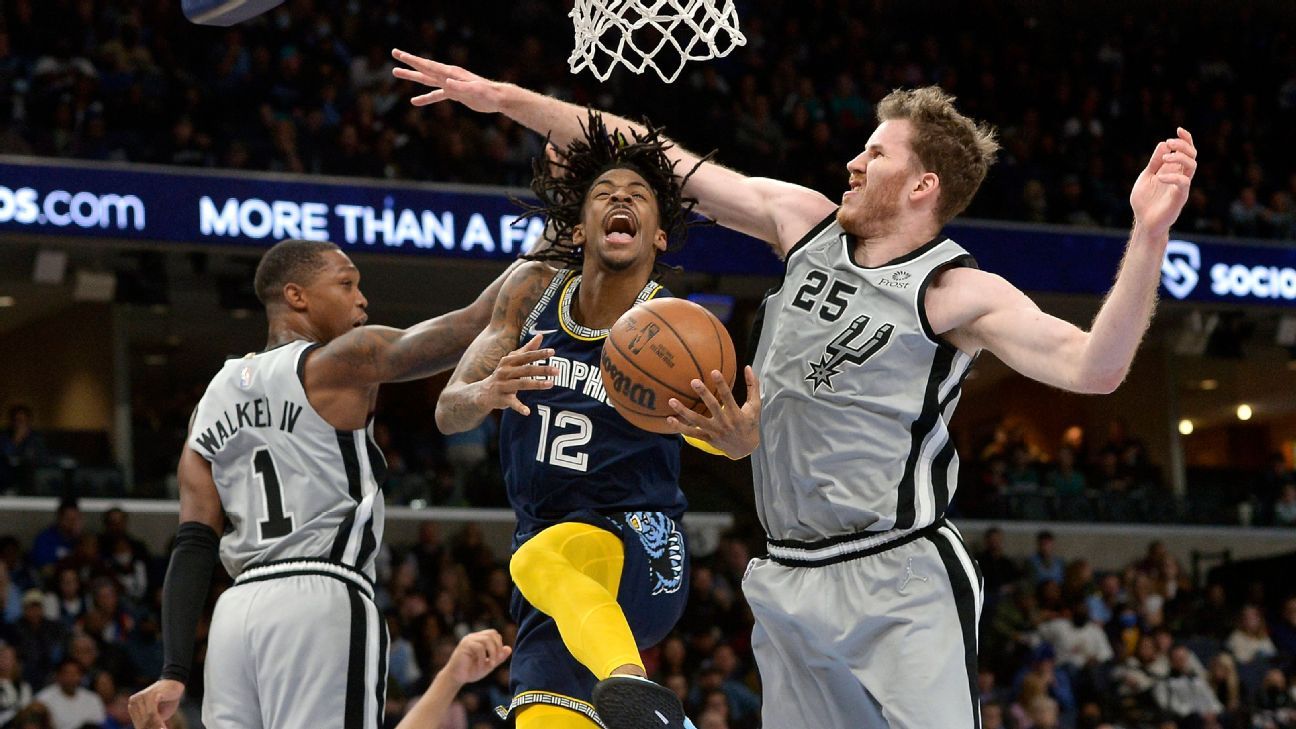 The Miami Heat raised their voices and reinforced their first position in the East with a solid victory against the Chicago Bulls (111-99), in a day in which Ja Morant scored 52 points with the Memphis Grizzlies, the Greek Giannis Antetokounmpo crushed the Charlotte Hornets and in which the Brooklyn Nets were overwhelmed by the Toronto Raptors (133-97).

If Miami accelerated towards the first position in the East, Ja Morant continues to make history in Memphis and sealed the record for points for a player from his franchise (52), by beating the monumental performance he did, two days before, against Chicago Bulls (46 points).

Miami convincingly beat Chicago 112-99 and remains on top. Vincent and Herro added 20 points each in the winner while Adebayo and Butler chipped in 15.

With a great defensive performance and a balanced attack, in which Tyler Herro and Gabe Vincent stood out, both with 20 points, the Miami Heat hit the table and beat the Chicago Bulls in a duel that pitted first against second in the Eastern Conference.

The Heat won the third game of three this year against the Bulls and added their fourth consecutive victory, the ninth in the last ten games, to confirm their leadership in the East (41-21).

The Bulls suffered their second loss in a row, after last Saturday against the Memphis Grizzlies, and are still second (39-23).

Rookie Scottie Barnes was the star of the game with 28 points and 16 rebounds, while Achiuwa stood out with 20 points and 8 rebounds off the bench. In Brooklyn, LaMarcus Aldrige was the leading scorer with 15 points.

Just two days after the great victory achieved as a visitor against the Milwaukee Bucks, the Brooklyn Nets returned to bad times and suffered on their visit to the Toronto Raptorswhich surpassed him with a monumental performance by Scottie Barnes, with 28 points (12 of 14 shooting) and 16 rebounds.

The Nets could not count on Kevin Durant, Ben Simmons or Kyrie Irving, who did not travel to Canada because he was not vaccinated against the coronavirus.

In addition, coach Steve Nash was not present, blocked by the NBA’s health protocol.

Antetokounmpo added 26 points and 16 rebounds for Milwaukee’s very good victory against Charlotte by 130-106. In addition to the Greek, Portis added 20 points plus 10 recoveries.

The Bucks controlled the duel from start to finish and were able to manage energy from Giannis, who was only on the court for 28 minutes.

The Memphis star left highlights everywhere and finished the game with 52 points and 7 rebounds, while Melton had 15 points to beat the Spurs. In San Antonio, Lonnie Walker was the top scorer with 22.

Ja Morant continued his dream moment and, after scoring 46 points against the Chicago Bulls, he converted a career-best 52 as the Grizzlies beat the San Antonio Spurs.

Morant, 22, offered a real basketball recital with a spectacular dunk and a great play at the buzzer, in which, with 0.4 seconds on the clock, he managed to receive a long pass from Stephen Adams and score two points with a wonderful jump shot.

The Grizzlies are third in the West (43-20), behind the Golden State Warriors and Phoenix Suns.

Karl Anthony-Tows was the best of the game with 17 points, 4 rebounds and the key triple to take the victory. In addition, Russell was the top scorer with 25 goals. In Cleveland, Kevin Love broke it off the bench with 26 points and 5 rebounds.

A 3-pointer by Karl Anthony Towns with 12 seconds remaining broke the tie and paved the way for a valuable win for the Minnesota Timberwolves on the road against the Cleveland Cavaliers.

Minnesota, which had been completely outplayed Friday in James Harden’s debut with the Philadelphia 76ers, moved up to seventh in the West (33-29).

The Magic had eight players in double digits to defeat the Pacers 119-103. Carter Jr. was the figure with 21 points and 12 rebounds accompanied by Bamba with 15 plus 10 recoveries.

A fantastic team performance by the Orlando Magic, with seven players scoring over ten points, knocked out the Indiana Pacers in Florida.

Wendell Carter Jr, with 21 points and 12 rebounds, was the best for the Magic against a Pacers that continue with their ups and downs and finished thirteenth in the East.

De’Aaron Fox was the highlight of the game with 29 points and 10 assists, while Lyles had 24 points and 6 rebounds. In OKC, Gilgeous-Alexarder broke it all: 37 points, 10 assists and 7 rebounds

Shai Gilgeous-Alexander’s 37 points, 10 assists and 7 rebounds weren’t enough for the Oklahoma City Thunder to win at the Sacramento Kings.

The trio of De’Aaron Fox (29 points and 10 assists), Trey Lyles (24 points) and Harrison Barnes (23 points) allowed Sacramento to get back on track with a win after four straight losses.

Miami consolidates as leader of the East, while Ja Morant makes history