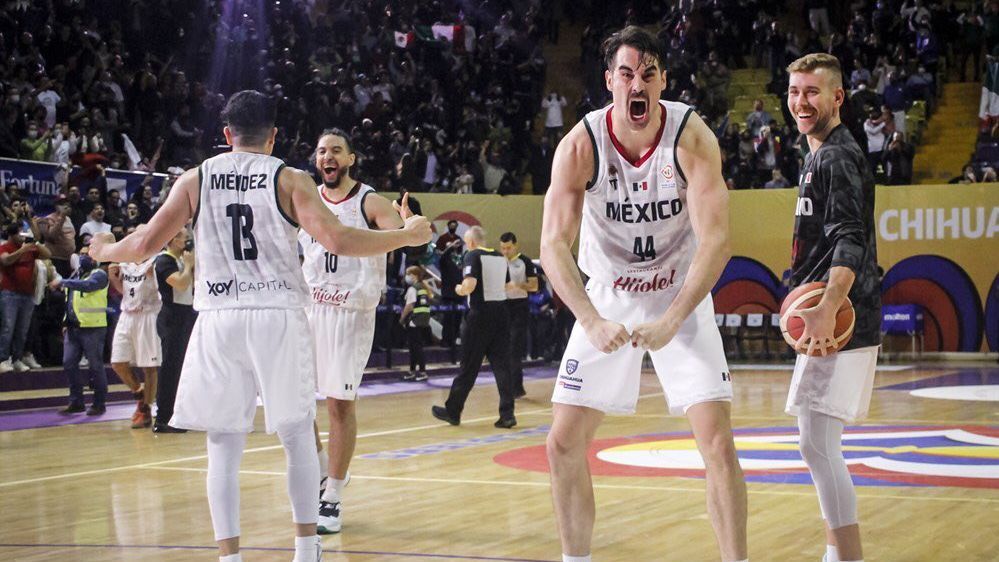 The Mexican team achieved a spectacular result against the United States, which it had already surpassed in 2018

CHIHUAHUA – The Mexican team had a spectacular comeback in the third quarter to defeat the United States 97-88 on Monday and finish undefeated in the first window of the Basketball World Cup.

In Chihuahua, northern Mexico, coach Omar Quintero’s team reached the half with nine points down, but won 31-12 in the third quarter and secured the victory there.

Led by Isaiah Thomas, with more than 500 NBA games, USA he imposed conditions in the first half in which he prevailed with the physical game, with good transitions and great speed.

In the first room, Mexico It started well, although after four minutes the Americans began to make a difference by scoring two out of three shots from behind and showing superiority in the paint.

Nevertheless, Mexico He got to be up 19-18 with 2:21 minutes from the end, however, from there the rival imposed his defense, dried up the attack of the Mexicans and finished 28-21 ahead.

Thomas grew in the second quarter in which he led his team’s attack, swept the defense and reached 13 points with nine assists.

The third quarter seemed like a work of fiction; Mexico passed the United States 31-12 and went ahead 79-69.

Triples by Paul Stoll and Orlando Méndez at the start excited the Mexicans who suddenly stole balls, increased effectiveness and took the powerful rival out of the way, with numerous turnovers.

The Mexican defense did not allow USA, who resented Thomas’s rest.

USA tried to put order in the last room. In less than 80 seconds he made seven points, the last with a triple by Thomas, and approached 73-79, which made manager Quintero react, who gathered his band to try to rebuild the operation.

The ‘time out’ worked. After three and a half minutes of drought, the Mexicans returned to the game with a triple by Girón that put the scoreboard 82-76.

The Americans were desperate, more in the last five minutes, with Thomas off the court.

USA He approached 90-86, 1:49 from the end, but Daniel Amigo made a basket and after a robbery by Gabriel Girón, 1:15 from finishing, the Mexicans only had to play calmly, which they did to win.

For Mexico Orlando Méndez scored 27 points and for the United States the best was Thomas, with 21.

Mexico defeats the United States in the Basketball World Cup