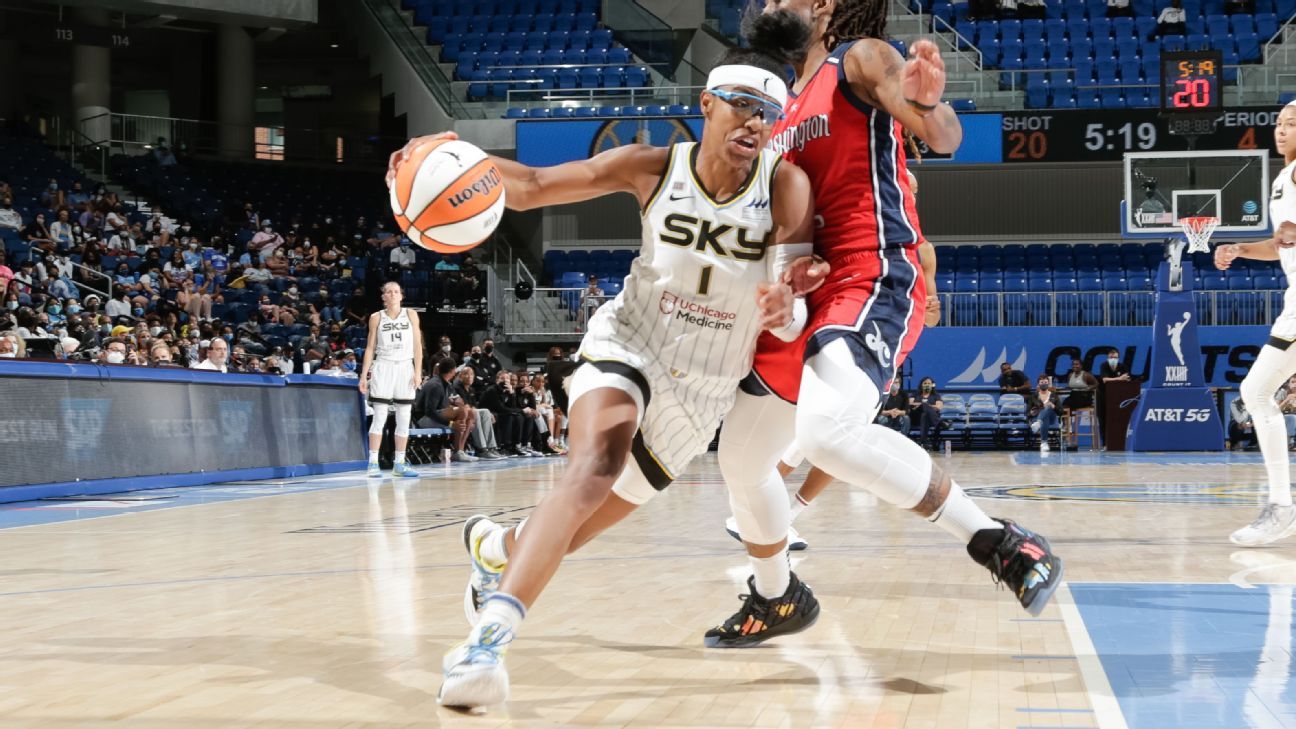 The Phoenix Mercury acquired Diamond DeShields from the Chicago Sky as part of a three-team deal Thursday that also sent Bria Hartley to the Indiana Fever.

DeShields, the daughter of former MLB star Delino DeShields, helped the Sky win the WNBA championship last year and has averaged 13.2 points and 4.3 rebounds throughout her career.

“Diamond DeShields is one of the most dynamic athletes we have in our league and at just 26 years old she has already been a champion, All-Star and All-WNBA,” said Mercury general manager Jim Pitman. “She was one of our top targets this offseason because of her ability to score and defend from shooting guard and how dangerous she is on the open court. We’re excited to add Diamond to our All-Star core.”

Allemand missed last season to help the Belgium national team prepare for the Olympics. She was originally selected by Indiana with the 33rd. overall selection in the 2016 WNBA draft but she did not start playing for the Fever until the 2020 season.

She finished that season ranked second in the league in assists.

“We can’t wait to welcome Julie to the Sky family,” said Chicago general manager and coach James Wade. “She’s proven that she’s at the point guard level that she can create and play for teammates.”

The Fever now have three of the top 10 picks in this year’s draft, owning Nos. 2, 7 and 10, as well as having acquired a second-round pick for the next two years from Phoenix.

“We are excited to welcome Bria’s veteran presence to Indiana. She has proven to be a key player on multiple teams, including last year when she helped Phoenix advance to the WNBA Finals,” said General Manager Tamika Catchings. “This trade allows us to secure more top talent in this year’s draft, as well as add more assets to control heading into 2023.”