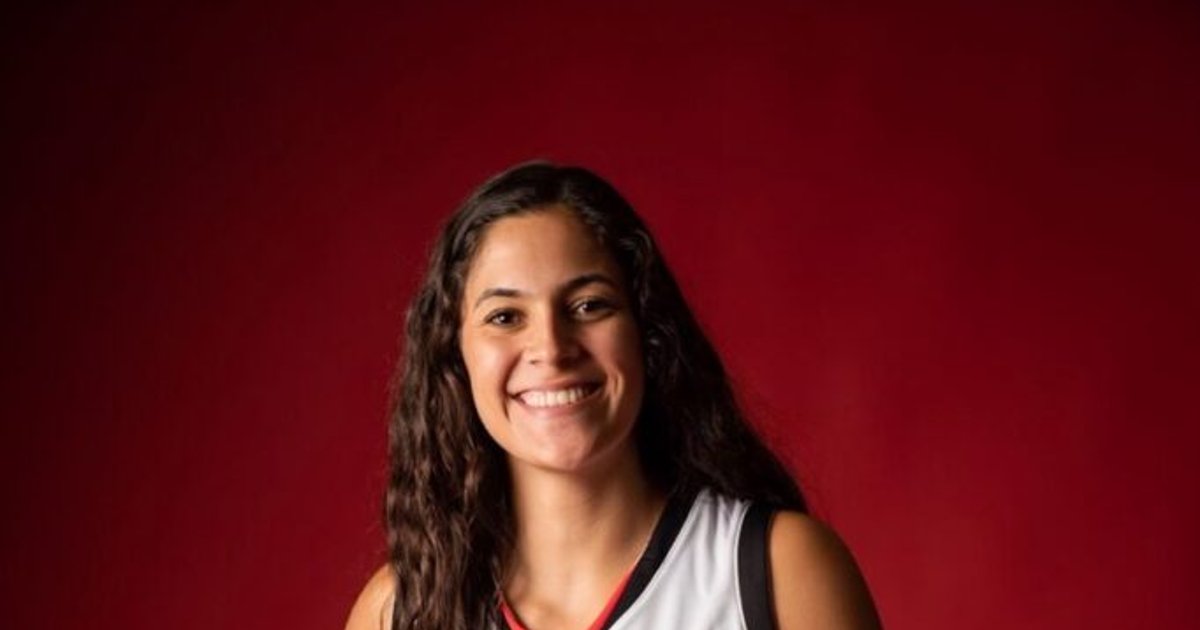 While the NCAA Women’s Basketball Tournament [Asociación Nacional de Atletas Universitarios] of 2022 came to an end for the Church members on BYU and University of Utah teamsthe “March of Madness” continues for at least one Latter-day Saint.

nicole hein (in English), a multi-talented forward from Georgia’s Valdosta State University, is playing a key role in the Lady Blazers’ continued career [apodo] through the NCAA Division II tournament. On Monday night, March 21, the athlete who grew up in Spanish Fork, Utah, and her teammates will battle Western Washington University in the National Quarterfinals in Birmingham, Alabama at 7:30 p.m. of Salt Lake City).

Heyn and the Lady Blazers advanced to the “Top Eight” after defeating Union (in English), the top-ranked team in the NCAA Division II South Region Championship. The 6-foot forward was included in the All-Region tournament team (best in the region) averaging more than 11 points and almost 10 rebounds during the regional game.

Before Monday’s quarterfinals, Heyn told the Church News that he feels all the joy that is synonymous with college basketball’s March of Madness. No need to remind you that the Lady Blazers are just three wins away from a Division II national title.

“I’m so excited,” she said. “Our coaches have done a great job preparing us … and hopefully we can go out on Monday, play as hard as we can and finish as the winning team.”

A huge basketball fan, Heyn admits with a laugh that she checks out the other televised NCAA tournament games, even as she prepares for her own game in the quarterfinals. “It’s all fun, but I’m trying to focus on my matches. I know this is my time and I don’t want to have any regrets.”

She was born in Colombia to parents who were both converts to the Church. Her father, Gabriel, was baptized in her native country. Her mother, Paula, was introduced to the Church while she was playing on the BYU golf team.

Despite earning multiple honors at Utah’s Maple Mountain High School, Heyn was recruited by few colleges. She so began her college career playing baseball at the College of Southern Idaho before continuing on to Texas A&M International University in Laredo, Texas.

After winning the Lone Star League Defensive Player of the Year title her senior year, she transferred to Valdosta State to play one more year of college basketball as a graduate transfer and began studying for a master’s degree in business.

At each stop, Heyn crossed paths with people who helped her feel at home, including Latter-day Saint communities in Twin Falls, Idaho; Laredo, Texas; and, now, in Valdosta, Georgia.

On her last two college teams, she has been the only member of the Church. That has presented him with both challenges and opportunities. “I have always tried to be a good role model and stick to my values ​​and the things that I was taught at home and growing up in Primary and things like that.”

Every time she talks to her teammates or classmates about the Church, she focuses on Jesus Christ being at the center of her faith.

She also appreciates the camaraderie of her fellow Latter-day Saints wherever basketball takes her.

“I’m kind of a homebody, even though I’ve lived far from home,” she said. “But I have always known that wherever I go, I have people in the Church that I can reach out to.”

While residing in Texas, for example, she served as a Young Women leader in her Laredo ward. She now enjoys the support of a small congregation of young single adults who live in Valdosta.

“It’s nice to know other members are just a phone call away. I am blessed by that sense of community.”

After the end of the 2022 NCAA basketball tournament, Heyn plans to continue her graduate studies at Valdosta State and work as a graduate assistant on the Lady Blazers basketball team.