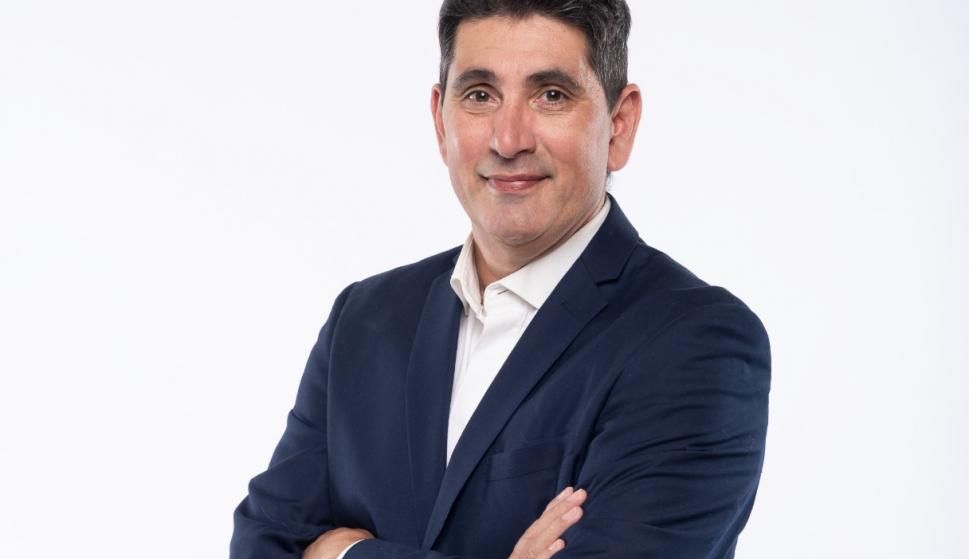 After his debut in Basketball Area (Wednesday 10:30 pm on Directv Sports), the former national team basketball player Marcelo capalbo talks about his relationship with television, where he had his high points of exposure with This mouth is mine and Masterchef. He also explains his vision of sport as a lifestyle and assures: “I taught my children to be top-level athletes since they were born.”

-How do you feel in this new role integrating the program Zona Basket (DirecTV Sports)?

-I’m very happy. It is a nice experience. I really like talking about basketball and the dynamics of the program are good.

-How would you define chemistry with the conductor Federico Buysan?

-It’s very good. It has given me prominence on the show and makes me feel very comfortable. He has a lot of experience in driving and he gives me the space just at the moment that he knows I can contribute.

-Your first media appearance outside of sports was in Esta Boca es Mía in 2012, can you imagine participating in the cycle today with the changes that the format had?

-No way! Not close. This Mouth is Mine was like a little license to know what to do the day after basketball. I completed a cycle in a place of opinion in which I contributed as far as I could contribute. At that time they were talking about various topics: from eye glaucoma to whatever it was. Today I don’t like the dynamics it has at all. I would not choose to be.

-This year you also participated in Masterchef, what did that experience leave you?

-That was a fun moment. At my age, the best moments in life come from inviting friends to dinner and learning to cook new things. My daughter (Ari) was the one who pushed me to accept. He told me that he had never seen me on TV. I accepted, indulged myself and had a great time. I met a lot of amazing people.

-Do you cook well?

– Those of us who were players had to leave our house very early. If you didn’t cook you would starve. You had to learn to eat and take care of yourself. Over time you learn new things and gain experience. Likewise, it is not the same to cook with time at home than to be in a competition like that.

-Are you very competitive?

-I can’t live without competing. Now I cycle and I want to pass the one in front of me. At Masterchef it was a well understood competition.

-How much do you talk about sports in your house with two children who have also engaged in professional sports?

-Much. Sport at home is on top of the table because that is how we teach it with my wife. It is part of the education of our children (Martín, Lucas and Ari) because it is an incredible way of building values. I taught my children to be highly competitive athletes from the day they were born, but not so that they will play well or badly, but because of tolerance, respect, and commitment.

-I imagine that you also have a special pride when they do well in a competition.

-As long as my children are happy, it is enough for me. I had to be happy with something notorious, but you don’t have to find success only in notoriety. True happiness is seeing them build their own path.

-What would you say is the negative part of choosing sport as a lifestyle?

-There is no negative part. Having stopped playing was a very critical moment, but sport gave me resilience tools to continue and re-plan my life. If I had to start over I would choose the same.

-Didn’t you have to relegate personal relationships to advance in your sports career?

-This year has been in debate the care about the mental health of athletes, what is your perspective?

-The athletes are more notorious, so when a fatality happens it is also more notorious. But in our country there are many people who kill themselves every day. Mental health is taboo. General checkups are from the shoulders down, and the head is not talked about. It is also true that sometimes we ask a 20-year-old footballer to be an example for society …

– And the clubs are prepared to administer that pressure that their players receive?

-There are institutions that do, but many go after what is essential and not what is important due to a cost issue. I hope that sports in Uruguay are on the way to having a different debate.

-Are you still surfing in La Paloma?

-Yes, that’s when I have the most fun with my children. The best moments of the vacations are in the water.

-Did you ever come across President Lacalle Pou?

-I ever ran into him in the water in Rocha. I’ve seen him surf some interesting wave. The president hits him well.

-Can you imagine working on sports policies from a place of public responsibility?

-Time will tell. What I would like to do would be to contribute with a vision of the future. But there are no highly competitive athletes in decision-making places. There is the prejudice that athletes are those who speak badly and do not finish a sentence. That’s a lie. There are plenty of athletes with an intellectual level to help. What I want is that all the boys that I am today as a training coordinator, I am telling them that basketball is a path to find one that is better than the one I found.

Marcelo Capalbo debuted in a basketball show: “I can’t live without competing”