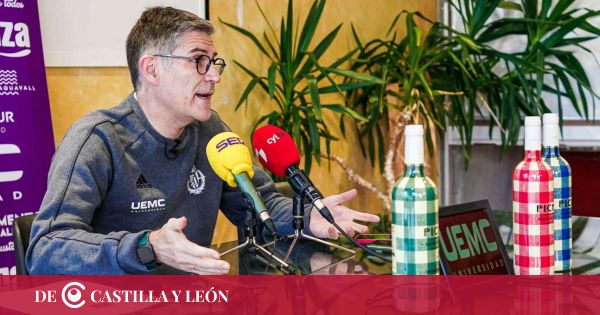 One day before the UEMC Real Valladolid Baloncesto hosts Bàsquet Girona (Saturday, 8:00 p.m.), Robert Gonzalez appeared at a press conference to analyze the keys to the game and the state of the blanquivioleta team.

“We face Girona and we received Marc Gasol, the best player in the league, but he is accompanied by a great team and very good players. Sabat, Franch, Urtasun, Fjellerup… they are a good group and they are achieving results, but we are going to give it our all to compete and try to win, as always”, commented the coach.

“It’s not easy to stop Marc because it’s not what he does, but what he makes others do. He is a great passer, he has an incredible reading of the game and he is Marc Gasol. The game has nothing to do with the first leg. The arrival of Marc, in addition to Urtasun and Fjellerup, has put everyone in their place, stabilized them and gave them confidence. The results accompany them and they have been acquiring players, which gives them a higher level”, he admitted.

In addition, Pisuerga will present a great entrance and there will be a good atmosphere in the stands. “It seems good to me that people come to see Marc Gasol, but that he supports us. We need every game because it is a very competitive league and they all cost a lot to win. It’s an important match.”

Finally, the UEMC Real Valladolid Basketball coach was asked about various Blanquivioleta proper names and about the referees. “Davis Gecks He has been with a fever and several days without training. We have been passing it from one to another and we hope that it can be good for the game. Justin Raffington He is having a very good attitude, like the whole team throughout the season. Dominic Gilbert he is adapting to the team and the rest to him. He is working hard and, as we have said, he is a piece that is going to help us. I’ve never talked about referees and I’m not going to now. It doesn’t help and it’s worthless,” she concluded.