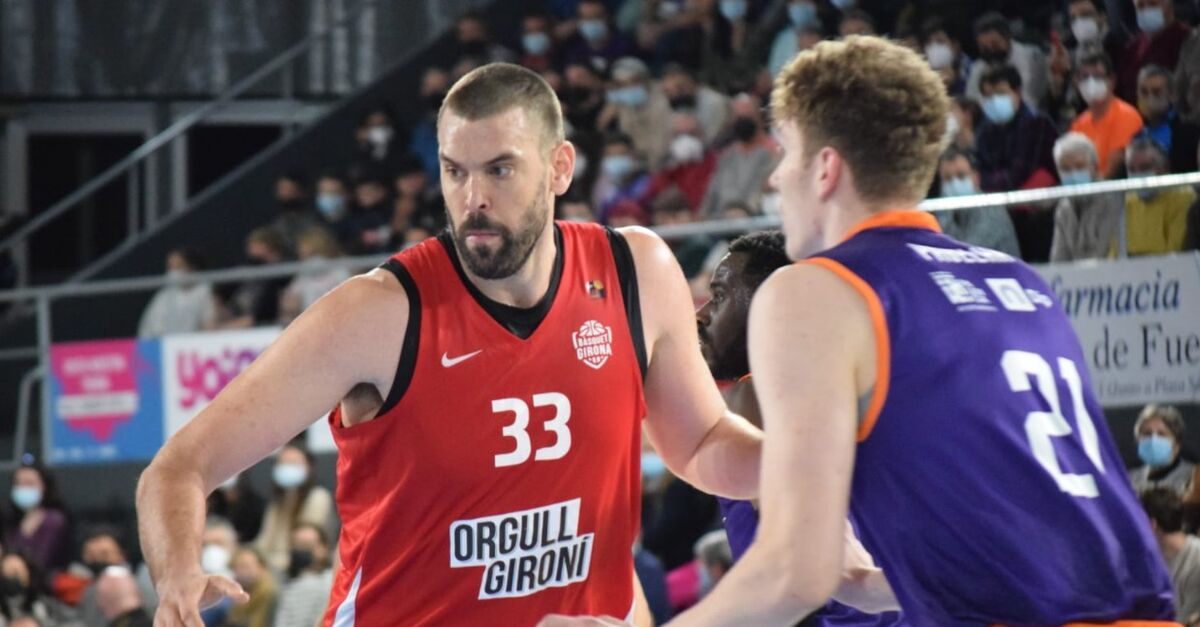 The Girona Basketball It is another very different team from the arrival to the field of Marc Gasol. “I want to be happy every day, help my teammates on the track and make them and people enjoy themselves. I want to make Fontajau enjoy (…) I have lived everything that can be lived as a basketball player, I have enjoyed it. Sometimes I have been wrong, but I have always tried to improve and I do not regret anything in my career. Now I want to play here in Girona, in Fontajau “.

With these words, the Gasol middleweight announced, on November 25, his back on the pitch four months later, after having played the Olympic Games in Tokyo last summer with the Spanish team – they lost in the quarterfinals against the United States. Marc was without a team since September 10 after being cut by the Memphis Grizzlies, a franchise he came to from the Los Angeles Lakers and after winning the championship ring with the Toronto Raptors in June 2019.

In principle Marc Gasol returned to Fontajau as president of Basketball Girona, the club that he himself founded in 2014, after having rejected an interesting offer from FC Barcelona and discarding, therefore, following in the footsteps of his brother Pau, which last season returned to Barca discipline after a 20-year career in the NBA and before finally hanging up his boots.

But Marc was bitten by the bug of going back to the courts and on December 3 he dressed again in short to help his Girona, who until then, without him as a player, had accumulated a bad streak of seven consecutive defeats and he was sunk in the rankings with a balance of 2-7.

Now, since the 36-year-old center from Sant Boi has been in command of the Girona offensive, the team led by Jordi Sargatal —Replacing Carles Marco— he has won the three games he has played in the LEB Oro with Marc on the field. Gasol made his debut on December 3 in Fontajau against Levitec Huesca The Magic (89-47), then he played in front of Easycharger Palencia in Castilian-Leonese lands (62-73) and this Friday at home against the Palmer Mediterranean Soul Palma (98-77).

An encounter, the latter, in which Marc beat his LEB Gold scoring record with 21 points with 7/12 in field goals. In addition, he had 10 rebounds to finish with a PIR of 31 in 27 and a half minutes of play.

Since his debut a fortnight ago against Huesca, Marc has been the best in Basketball Girona by adding three double-doubles and averaging in total 17.3 points, 11.7 rebounds and a PIR of 30.7 in 25 minutes. Numbers that do not deceive about their superiority in the second category of Spanish basketball.

Now the question is: is Marc Gasol really not there for higher levels such as the Endesa League or even the NBA? The Sant Boi player, who will turn 37 next January, is clear that, if he had not chosen Girona, he would surely have gone to Barça. “Girona was my only option to continue playing. Without the possibility of playing here, surely I would have gone to Barça, and that’s how I transferred it to Juan Carlos (Navarrese, manager of the Barça team’s basketball section) as a friend, “explained Marc Gasol three weeks ago, who is once again making Fontajau enjoy, as well as shooting at his Basketball Girona.

Marc Gasol changes the face of Girona with stratospheric numbers: abuse of power in the LEB Oro?