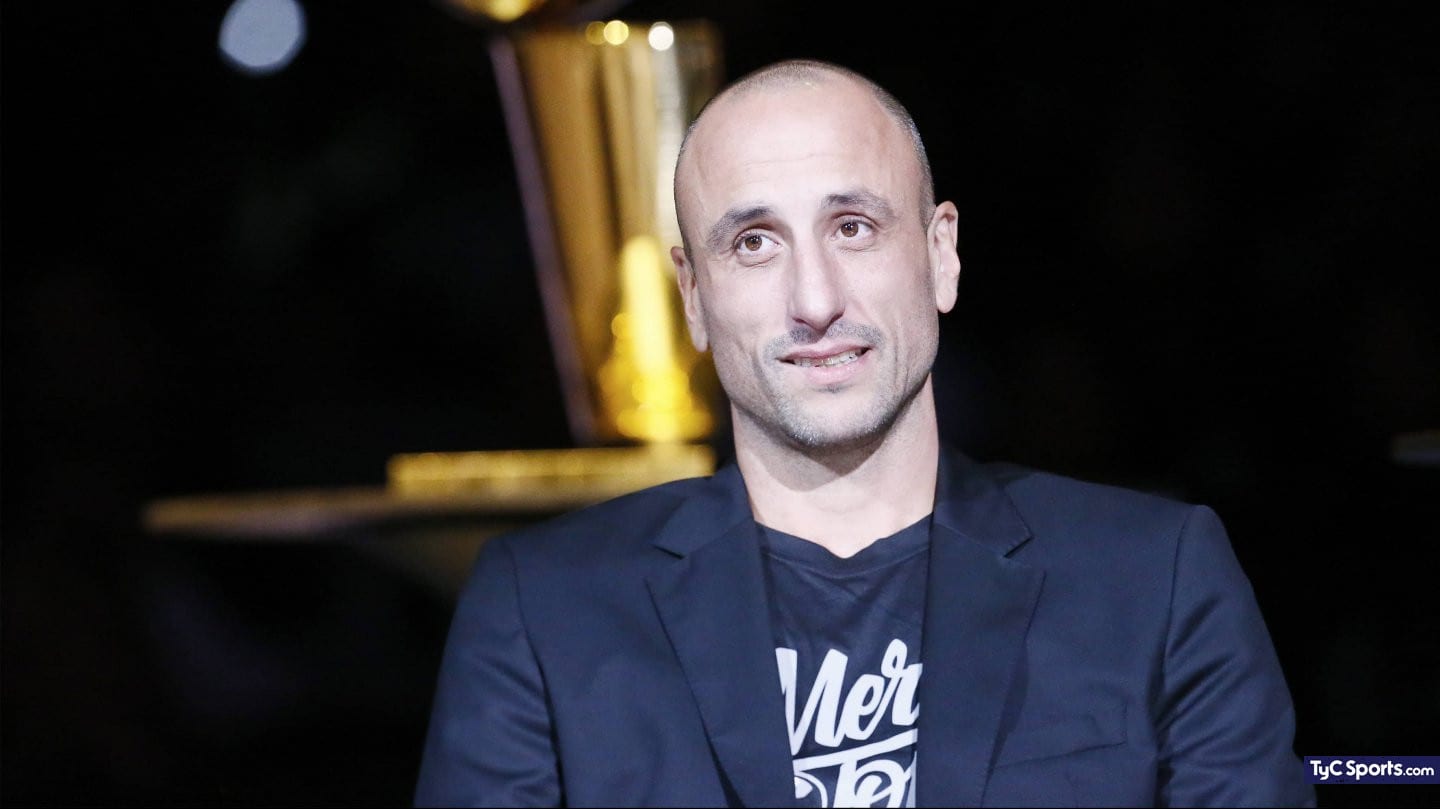 The Bahiense, who is in the country to spend the holidays, gave an interview and left no topic unanalyzed.

Emanuel Ginobili, who was nominated for the NBA Hall of Fame a few days ago, gave an interview and talked about everything: the Argentine action in the NBA (Facundo Campazzo, Leandro Bolmaro and Gabriel Deck), the moment of the Argentine Basketball National Team, your current role in San antonio spurs (special operations advisor) and more.

Manu Ginobili and the present of the Argentines in the NBA (Campazzo, Bolmaro and Deck)

“They are different realities: Facu is an undisputed worldwide, Having a player with that talent and energy raises a team for you. There are players who transmit everything. El Chapu (Andrés Nocioni) was of that style. But above all, he (for Campazzo) fights with the physical disadvantage and this ‘dwarf’ is tremendous and infects with that energy and intensity “, began the four-time NBA champion with the San Antonio Spurs in the program Only Basketball.

And I add: “Facu is one of the best game generators in the world. Today, even in a team that plays without a traditional point guard, he manages to be important and is noted. It seems that his game does not stand out so much, but he looks for a way to do it when he plays his 25/30 minutes ”.

Regarding Bolmaro and Deck, Manu expressed: “Leandro is getting to know the system and he is going to have thousands of opportunities and he will end up playing. He has to take advantage to learn. Tortu is the most delicate because he is the youngest and he is in a team that does not need to win, that is developing players and Today it is not a priority because the coach chooses other players. It is a difficult situation. “

Manu Ginobili and how he sees Néstor García, DT of the Argentine Basketball National Team

Regarding this point, Manu said: “I saw the best images of his first game and the most remarkable thing is that Carlos (Delfino) has returned five years later, with everything he fought for and that made me very happy and I was happy to see him happy. Nestor (García) also saw him there made me happy. I don’t know him that much since he was Julio’s (Lamas) assistant in the 2011 Pre-Olympic and I wish him the best. I am one more fan of the National Team ”.

“There is material. It is in our favor to play in America where it is more difficult for us to qualify for the most important tournaments. If we had to play in Europe where you have twelve powers, it would be much more complicated. Facu (Campazzo), I insist, He is an undisputed leader and has good company. The question is that they are all healthy and that a bump can always be given. They have shown it in China that they can do it “, closed in reference to this issue.

Manu Ginobili and his role in the San Antonio Spurs

“I love it because I’m home. It is in a way what I did before, but without being in pain or stress. I try to share my experience and be a link between the leadership and the players ”, declared the Bahiense, who is in Argentina to spend the holidays.

First of all, Manu shared what Greg, his former coach, told him to convince him to come back. “He said something like ‘Stop fucking riding your bike and riding all over the world, and I came to help. ‘ What the ‘Boss’ says gets done. I couldn’t get involved as much as I wanted, but I was able to get involved “revealed

And, as to what made it of him, he added: “He is one of those who come out very occasionally. Every now and then one of those gifted ones come out who change the destiny of a franchise. The guy is off the charts, plus his dedication and ability to choose the right people to make the best decisions that made him master the franchise for so many years. It is an experience that any player would want and should have. And that goes beyond agreeing or not, but being direct, upfront and honest “.