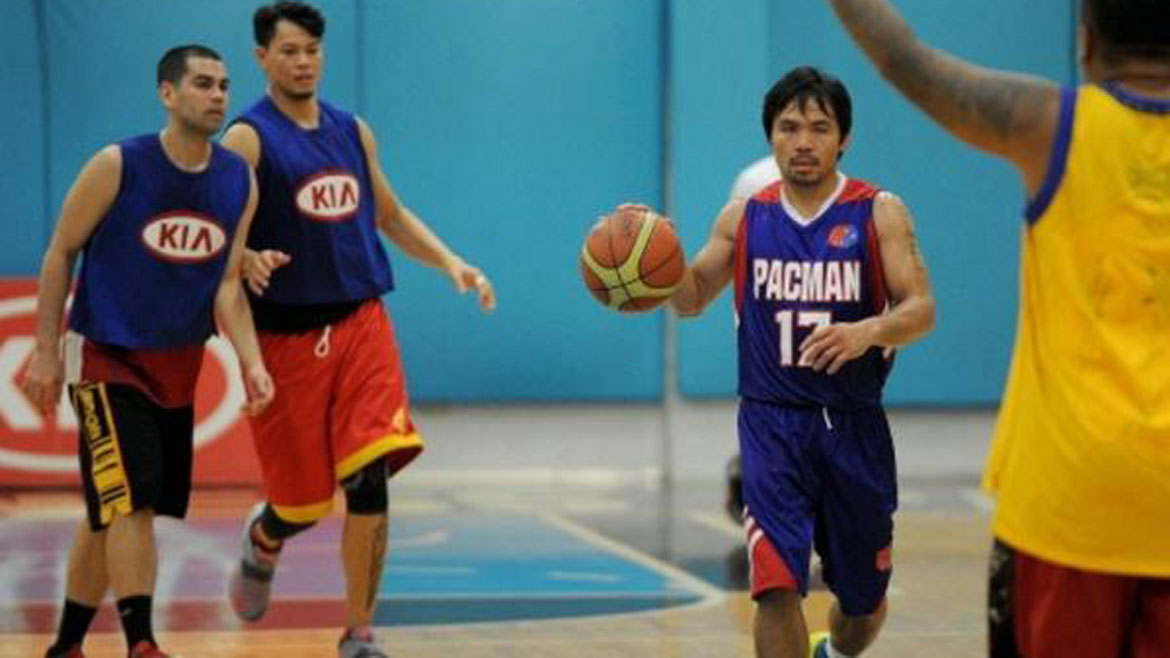 Manny Pacquiao’s crossover playing basketball and scoring on the hour

manny pacquiao He is a world boxing champion in eight different categories, but he is also a lover of basketball and participated in a game of Maharlika Pilipinas Baskeball League, the Philippine basketball league, in which he had the right to play because he is the founder and current CEO of the competition. And he shone in the last match, in which he had an anthology score at the end of the game and had an impact on the result. The conversion generated the ovation of the public and was celebrated by his teammates and rivals.

The meeting in which representatives of the three teams sponsored by OKbet (northern team) were measured against the rest of the MPBL (southern team) ended 107-107 with a triple by Pacquiao that caused the public to break their palms applauding him.

It is that Pacquiao infected the public throughout the match and was key to the comeback of his team that was losing by 29 points. The boxer signed a list of 30 points, with 4 triples, 8 rebounds and 4 assists, in a little more than 37 minutes of play, which was the time he was on the court.

Although the match ended evenly, as it was an exhibition match, extra time was not played. Although it served for Pacquiao’s return to basketball, after in 2020 he decided not to participate in the game that ended with a victory for the north 82-68.

Pacquiao once again showed his skill with the orange to be able to shoot the ball into the hoop. It should be remembered that the former professional boxer (he announced his return for an exhibition) already played basketball and was one of the founders of this league. The event he returned to was called the Executives All-Star Game.

Manny was owner and trainer of his franchise, KIA Sorento. That came in the 2014 season, when he bought the booming outfit and drafted himself that year. As in the NBA, the Philippine competition is made up of joint-stock companies. This allowed that the same “Pacman” could be a player and a coach.

In total he participated in ten meetings. He played four in the 2014/2015 financial year, five in 2015/2016 and a single meeting in 2016/2017, an instance in which he decided to end his short-lived stage as a basketball player, at least in a way regular. With this return it will be necessary to see if he decides to continue.

While in those ten games he produced the following list: 13 points, grabbed 5 rebounds and provided 2 assists in 60 minutes of play, where he also shot 1/8 in triples. His metrics concluded with him averaging 1.3 points per game, 0.5 rebounds, 12.5 percent shooting from 3-point attempts, and 0.2 assists per game in 6 minutes (average) in each game.

Basketball is one of the most popular sports in the Philippines and that is why Pacquiao decided to get involved in this sport.

Batistuta’s lapidary response to Cassano after the Italian called him “unpleasant”
The talk that changed everything and the world star with whom they compare him: the complicated beginnings of Gonzalo Morales, the new jewel of Boca Juniors
The chilling results of the investigation into abuse in the United States Women’s Soccer League
Confirmed that 32 children died in the Indonesian soccer tragedy: the first political decision as the investigation progresses

Manny Pacquiao shone on his return to basketball: he hit a triple on the hour and signed a sheet that amazed everyone