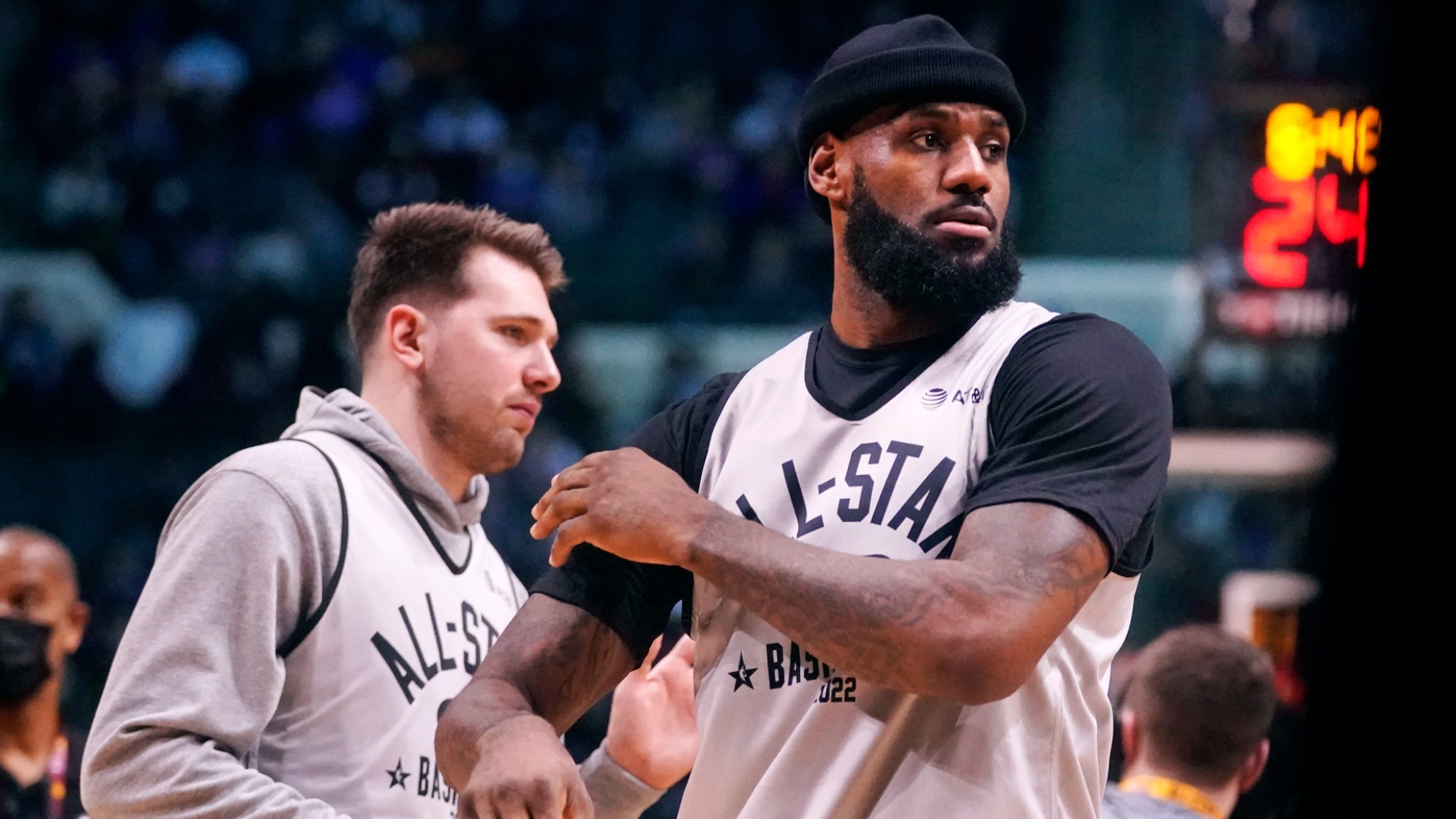 Lebron James He has said it on multiple occasions: the player who most closely resembles his game is Luka Doncić. They were two of four players who averaged more than 28 points, 6 rebounds and 6 assists per gamepulling the strings for their teams every possession and are to some extent similar in height and weight, although Akron has considerable advantages in speed and jumping.

It not only resembles in style of play and size, but in achievements in his first four seasons in the NBAfollowing parallel paths.

Again, ‘Big O’, LeBron and Luka are the only players in history to average 27 points, 7 rebounds and 7 assists in the postseason in their first four seasons in the league. Doncic a 32.7-9.3-8.3 that slightly improves LeBron’s 27.3-7.1-8.1, in addition to the fact that the Slovenian threatens an impossible record for Jordan with more than 32 points per game so far in the playoffs.

Three-time All Star and Rookie of the Year

Both LeBron and Doncic were elected to the All-Star game in all three seasons after their first campaign, in which they did not participate in the All Star but did win the award for Rookie of the Year.

Where the comparison becomes even more striking is in their reach in the playoffs. Doncic took until his fourth season to win a series, while LeBron did it in his third, but both came by first time to the conference final in his fourth campaign.

While Doncic had a game-high 46 points, 14 assists and 7 rebounds in Game 7 against the Clippers in 2021, perhaps his first big transcendent moment came in this fourth season, when he took revenge that the Suns passed him in the 2018 Draft, with 27 points in the first half and several records in an era beating. James had the game of him in the Game 5 of the conference finals, against Detroit, when he scored his team’s last 25 points to take advantage and ultimately reach the Finals with a team whose starting lineup was Zydrunas Ilgauskas, Drew Gooden, Sasha Pavlovic and Larry Hughes.

Will Doncic also emulate that first trip to the Finals? The Warriors are the last obstacle and I would even repeat the team without an additional star, with apologies to Brunson, Dinwiddie, Finney-Smith and company.