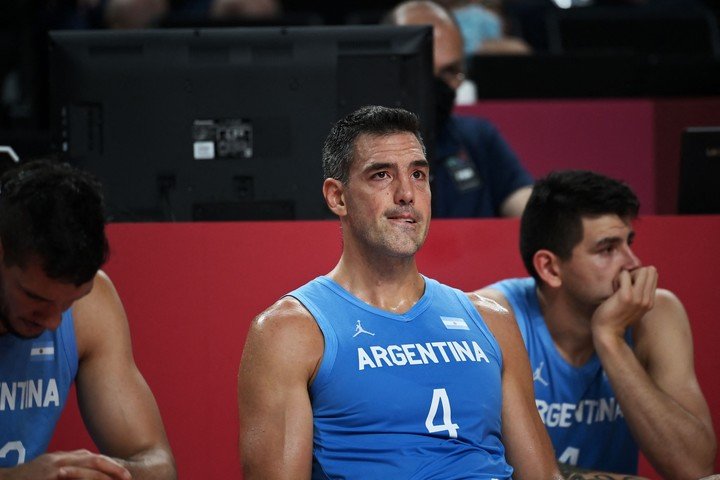 louis scola hung up the shirt after the Tokyo Olympics 2021 and, since then, he settled in Italy to continue with the day to day of his life. Although he had given some signs of a possible future linked to the leadership part in the sports field, when in September 2021 announced his participation as CEO of Pallacanestro Varesehis last club in sports, this Monday his entry into the business world was confirmed: he announced his desire to become the owner of 51% of the share package of the Italian institution.

Scola’s last game was in Tokyo, against Australia. (AFP)

“I am extremely happy with this possibility that was presented. I am confident that this decision can be a solution, that it helps to give even more substance to the work started during the season and that it can bring many satisfactions in the future,” said Luifa.

Scola was a benchmark for the Argentine Basketball Team. (AFP)

In addition, the board of the institution told the fans some details of the negotiation in a brief statement. “Varese announces that on the occasion of the Board meeting held this afternoon at the Enerxenia Arena, the general director Luis Scola communicated to the directors and owners of the club the desire to exercise the option to acquire 51% of the company’s shares, as required by the contract signed last summer,” they assured. And they added: “The operation will become official only after all the required bureaucratic procedures have been completed. The terms of the agreement are and will remain private and confidential.”

Scola, when it was presented in Varese.

Scola already worked at the club as CEO

“I want to take Varese to where it deserves to be,” said the 42-year-old former player, who arrived at the rojiblanco club after passing through Olimpia Milano in the same country. Later he warned: “The project is for five years and the results will begin to arrive from the third or fourth.” Now, Luifa’s idea is to climb one more step in his ambition to grow the team and that is why he joined from the investment in the institution’s shares.

Luis Scola in his time as a Varese player.

Varese finished the Serie A season in 12th place out of 16, with a balance of 12 wins and 18 losses in 30 games played. He was two wins away from entering the playoff positions, one of the goals that will surely be set for the next championship.