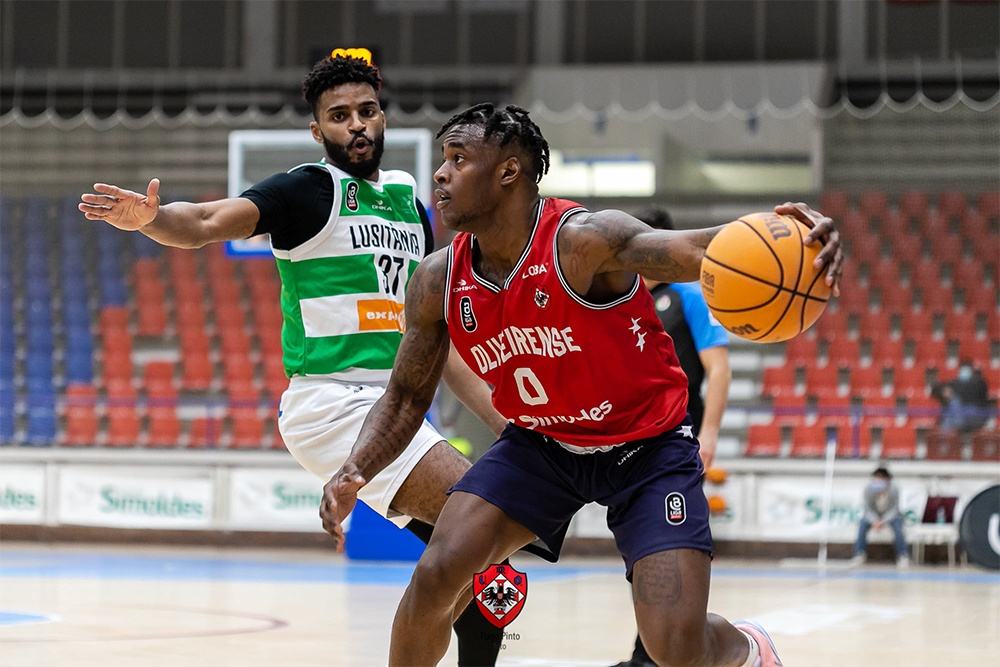 turn for a scouting classic of this web, one of the many that you can find in basketball area, although the background is simply to put the average fan on the track of interesting players for FEB Leagues. Here the best in the league do not appear, nor the foreigners of leading teams, nor the statistical leaders, but there is a profile of players that must be marked in red due to their conditions, passport or progression. In previous years the De Thaey, Norélia or Mallers arrived. Who will be next?

New-fangled Portuguese international. With NCAA training, he left for the Azores after two seasons without prominence at Sporting, and found what he was looking for in the form of minutes and responsibility, although an injury prevented him from finishing the course. His teammates have benefited from his style of play. Base with good ball handling, control of the Q&A and good change of pace, his passing ability is his best asset. Intense back, he scores from outside with or without the ball, although he must gain consistency to take the next step.

An NCAA star with Brown, he made his professional debut in Great Britain, where the Dutchman Bouwknecht was his mentor in the backcourt. We are dealing with a point guard who may not attract attention physically, but who, with his speed, is brutal in open play and in Q&Awith excellent ball handling, good shot after bounce, step-up and good game vision. Be careful, he can score from three, but what most attracts his attention is his change of pace (how he penetrates dividing to score or assist!).

Still in U22 age, he has spent his whole life in Porto, where each season he takes one more step. Deadly shooter with silk doll and dangerous in the catch and shoot from the line of three. But he is more than a one-dimensional player. Maybe he lacks some strength when it comes to absorbing contacts, but he is a good driver with the ball, which makes him assist or score from different distances. Another key point in a possible exit to the outside is how he would adapt to a higher defensive level.

He trained between JUCO and Coppin St before ending up in Portugal, where he is in his third season after spending the first two in Maia (a team from the lower area) and arriving in this at an Illiabum that has not managed to perform in a choral way despite of the distribution in the annotation. Surely at his most mature moment, he is a ‘two’ with resources, very comfortable in transition and with a good 1 × 1 to look for the hoop despite being light; In addition, he knows how to drive the ball and gets up easily from the triple quickly, waiting or coming off screens. In defense, he accompanies. Prepared already for a change if you need a player with points.

Product of NCAA-DII. A spectacular physique, although those 193 centimeters are on the rise. It surprised me that in the summer the Gold teams did not bet on him, because he theoretically had a Cotonou passport (but new and different things cost) and even more after his time in Luxembourg and Germany in a very specific profile of a player who can play 2 to 4 without problems. A tank capable of holding indoors in trades, deadly in the open and unstoppable. It is difficult for him to score regularly from the outside, although he dares, and takes advantage of his strength to go with his 1 × 1 towards the hoop. Excellent rebounder, both in his basket and in the opponent’s, sometimes anarchic in his decisions, who would not like to have a force of nature capable of breaking defenses, be a safe value in transition and a rebounder born.

huge season rookie 19/20 in Ireland, where he stood out a lot after training in NCAA-DII. He went to Ukraine last year, costing him to stand out (10 minutes), and arrived in Póvoa this 21/22, where they have had a great year with ex-LEB Kapelan as a star. It is about an outside scorer, more ‘two’ than ‘three’, of that profile that needs the ball and feels important. He controls the range very well from long distance, being able to score from the outside, with or without the ball, coming out of screens, waiting in the corner or playing it (39% T3). But beware, because he has good ball control, he knows how to play Q&A and, above all, he likes the 1×1 to shoot quickly, a repertoire of feints or reverses when he reaches the hoop. As a good player of that profile, he seeks to help behind without being a specialist.

Trained at Auburn, where he came to play a Final Four, he did not play last season and Porto opted for him for his first professional experience, but the blue and white year was busy and there were several exits (such as Jorgensen and Barro to Gold) and Purifoy ended up on loan in Vitória, where it has drawn a lot of attention. A very physical ‘three’ that gets big behind, being a good trailer driving in the transition. In static he has benefited from having very interior pivots and has known how to be dangerous from the triple in corners or in 45º, daring to go inside for power (he took quite a few fouls, with 85% TL) or to be very incisive in the attack rebound . Even at times he can be false ‘four’, because he withstands exchanges in defense well because of his physique. A player that cost him in Porto, because in the end he is a rookiesomething that is still seen in certain decision-making, but on which to bet if you give it room for its progression.

We talk about him on the web in his time of rookie in the Czech Republic, back in 18/19, then living experiences in Finland and Germany without breaking it. This is a profile that we used to see more in Ligas FEB: a light 4 with a good hand and intelligence. With Ducree, a ‘five’ undersized very interior, Thompson has formed a great couple taking advantage of their attributes, both in the pop as if waiting in the medium-long distance for the catch and shoot. He moves well without the ball to take advantage of spaces or lost balls and, despite not being a player of kilos, he also tries to look for posting with his back to the basket. A clear profile.

He returned this course to Portugal, where he had made his professional debut (despite the fact that most of that campaign would be spent at Serbian Borac). He must be around those two meters but he is pure muscle, being able to both post from behind and attack from the face. He has a great instinct for rebounding, being the putbacks an important weapon in his repertoire; In addition, he is clear about the concepts of roller, mid-distance shot and game without the ball. Another player to bet on now.

A total globetrotter despite his youth and who knows the European leagues well. Despite not having excessive centimeters, he does have a good upper body and an important progression in his shot over the years. It’s about a forward combo who, without being explosive, can drive the ball when he takes advantage, attacking the rebound very well and holding contact on the rim, knowing how to post against physically inferior rivals. As we have already mentioned, he has increased his danger with his outside shot (43% T3) in the pop or leaving indirect. His good season makes him increase his cache even more.

Portugal is not a league for tall men, except in the leading teams, but there are always 4.5 interesting players like Sanders who, after leaving Towson in the spring of 2020, is having his first professional experience. A 203-centimeter 4-5 that works well in 2-on-2 situations like roller, capable of facing by power or with a reverse, looking for contact and working well on the offensive rebound (3.1 RO), being able to add from mid-distance. Be careful, because he suffers at the free throw line (53% TL). With good defensive skills as a rim protector, sometimes with an excess of impetus that limits his playing time, he is a player who will go further in the professional world and who has already seen an improvement in his judgment during the course of shots, also increasing his effectiveness at the rim.

Another Portuguese international with American training. He made his professional debut on 17/18 in Spain, specifically in EBA with the Miraflores subsidiary. After standing out in Vitória last season he was recruited by Sporting, where he has a supporting role. He is a ‘five’ who has been maturing his game; maybe he is not a decisive player but he does his job well. Good roller in the game of blocking and continuation and a good finisher of cuts, he knows how to play in the post managing the times well and is attentive to the offensive rebound. Back, maybe he lacks some lateral movement, but he protects the rim well and has good timing to plug. A role player who knows what he can bring.