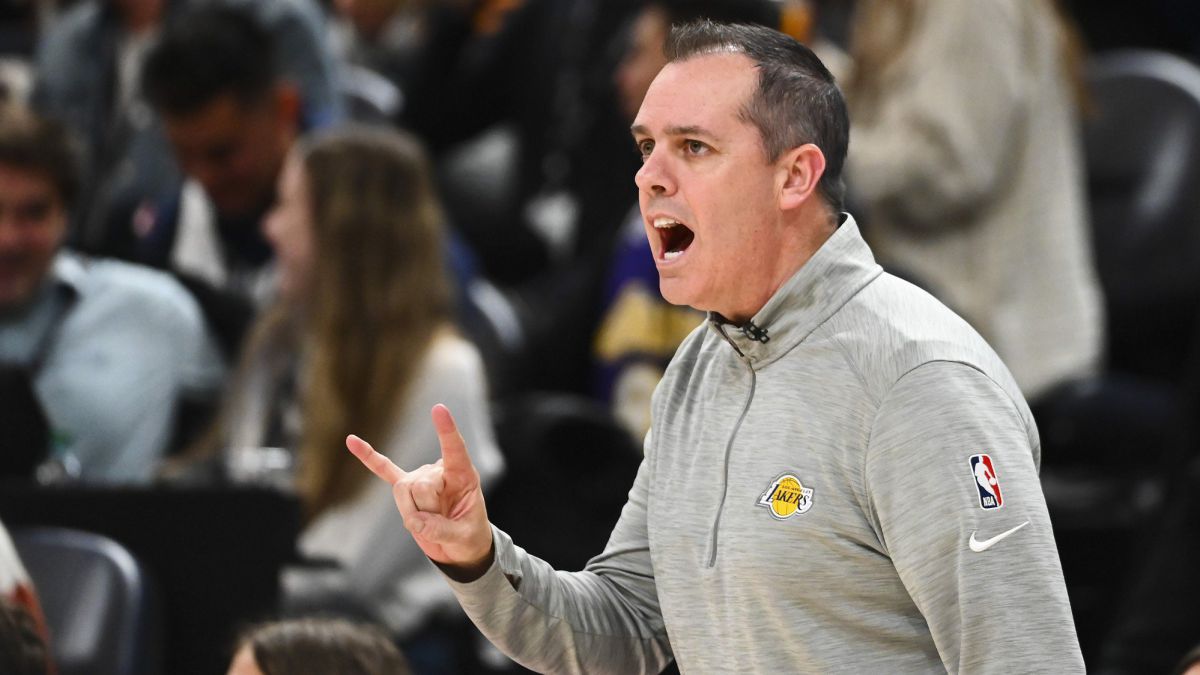 End of the Frank Vogel era in the Los Angeles Lakers. According to Adrian Wojnarowski, the New Jersey coach directed his last game against the Angelenos this morning in Denver against the Nuggets. It will become official this Monday. The franchise will now begin the search for a new tenant for its bench, this one “will be long and expansive without a clear initial candidate”, reads the tweet written by the ESPN journalist.

The coach was surprised to learn the news at a press conference. The Lakers had leaked his dismissal to Wojnarowski before communicating it to his employee. “They haven’t told me shit”, insured in Colorado. “I’m going to enjoy the game, celebrate what these youngsters did: scratch and scratch until they won. We’ll take care of tomorrow, tomorrow.”

Vogel signed with the Lakers in 2019 for three seasons as a replacement for a disappointing Luke Walton.who arrived with a promising future after his time as Steve Kerr’s assistant in the Golden State Warriors and left after crashing, linking three consecutive years without playoffs and a balance of 98-148 in 246 games.

The Vogel step, which had renewed until 2023 last August, had a happy beginning and a chaotic end, complete with one of the biggest flops in franchise and NBA history. But let’s go, by parts.

The coach landed in the Lakers in 2019 after a year unemployed to relaunch a project that entered the second year of LeBron James in Los Angeles and inaugurated that of Anthony Davis. An almost unlimited potential that required a bandleader with stripes and experience.

And Vogel had both after his six seasons at the helm of the Indiana Pacerswith whom he competed until exhaustion against the Big Three Miami Heat in the Eastern Conference. It was the time that he made Paul George a superstar, very well accompanied by George Hill, David West, Lance Stephenson, Roy Hibbert… And after a brief stay of dyears at the Orlando Magic… which was not so happy: only 54 wins in 164 games. Two very different experiences that showed what he was, a coach with fixed ideas and a small waist, who required a squad with defensive players to make the machinery work.

From the ring to the fired

That vision elevated him to heaven and condemned him to hell in just three years. Because he started like nobody had done in twelve years, conquering the 17th ring for the franchise, tied with the Boston Celtics at the top of the record, in the strangest season in memory due to the coronavirus and the tension in the players due to police brutality against African Americans.

The pandemic stopped the competition in March and recovered it in July-August in bubble format at the Walt Disney complex in Orlando (Florida). With a superb defensive display, the Lakers took the championship against the Miami Heat in the Finals. LeBron James was MVP of the same and Davis was definitively established in the Olympic of the NBA.

Everything changed the next two seasons. The template began to mutate and he did not know how to manage it. Drop by drop, his players left, the defensive players, and they entered active with a clear function: to gain weight in the rotation to rest a veteran LeBron and Davis. Russell Westbrook was the main exponent. It didn’t work. And the injuries did not give quarter either.

A host of circumstances, own and others, that left a team with LeBron, Davies and Westbrook in the 11th position in the Westout of direct access to the playoffs for the title and also out of the back door, from a play in to which they were classified from seventh to tenth in the Conference, with a poor balance of 33 wins in 82 games, the lowest number since 2017, in Luke Walton’s first year when they harvested only 26.