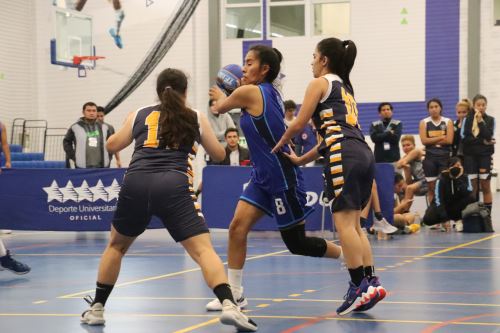 Twenty-four Latin American basketball teams will meet on Peruvian soil to participate in the “4th FISU América 3×3”, the most important university basketball discipline championship in the region, which will take place from Sunday 17 to Friday 22 of this month in the sports center of the San Ignacio de Loyola University.

Teams from Argentina, Brazil, Chile, Colombia, Costa Rica, El Salvador, Mexico, the Dominican Republic and Peru will compete in the tournament of this new sport, the winner of which will qualify for the 3×3 University Basketball World Cup, which will be held in Istanbul ( Turkey).

The four teams that will represent the country are the winners of the 3×3 National University Basketball Championship, organized by the University Sports Federation of Peru.

The more than one hundred foreign athletes who will arrive in our country will be housed in the modern facilities of the Villa Deportiva Nacional (Videna) and from there they will move to the USIL sports center located in Pachacámac, which will open its doors free of charge to the public at general.

under a single hoop

This Olympic sport is played in the middle of a basketball court, on a single hoop. Teams are made up of three players and a substitute who can enter at any time, as long as play is stopped.

The game lasts ten minutes. The team that has scored the most points in that time or that reaches 21 points first wins. Its practice is very dynamic and requires a great physical and mental display from the athletes.

3×3 basketball is the most popular urban sport in the world. It was born in the streets and has been considered an Olympic sport since 2017.

In 3×3 Basketball, 3 players play against 3 others in a single basket. The playing surface is 15 meters wide by 11 meters long. Only one substitute per team is allowed.

Basketball 3×3 is promoted by FIBA ​​and has already been played in official international competitions, such as the Tokyo 2020 Olympic Games.

??Ayacucho FC and Deportivo Municipal drew 1-1 in a match that had its best moments in the final part of the match, for the first date of the Closing Tournament of League 1. ??https://t.co/7yT4hPucId pic.twitter.com/s7TaquC3Ne