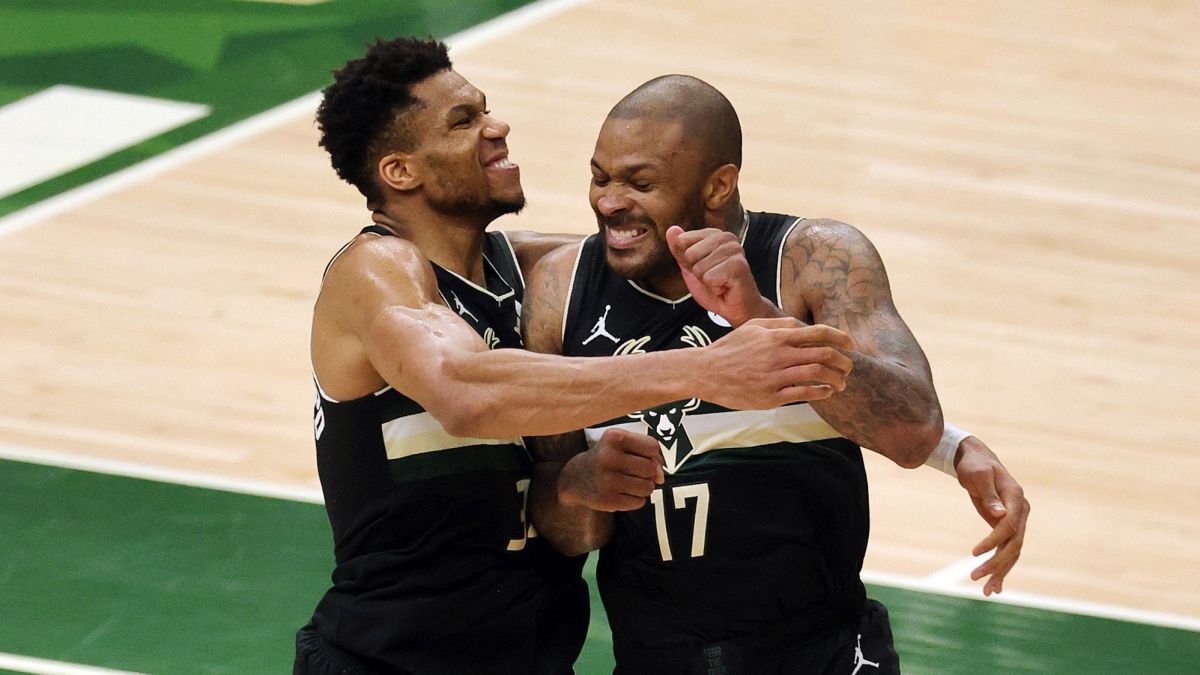 The Bucks, these Bucks, already know glory and, after it, nothing is the same again. In the NBA, it is as difficult to get there as it is to stay. The former is too complex to be placed one notch below the latter. There are many who never arrive. Chris Paul, who still has time to fix it, and the Suns are the perfect example of that. You can have everything, but get nothing. As in life itself, effort, persistence, tenacity, talent … bring you closer to success, but they are not synonymous with it. It is a blissfully spread false mantra. The here and now, the details, the most insignificant decision … everything counts and everything can be final. Like that letter that, when withdrawn, collapses the entire castle. That is what they will try to avoid, from now on, in Milwaukee. Repeating ring is always complicated, something reserved only for the best of always, but staying in their dispute is almost an obligation. “Milwaukee is forming a kind of dynasty. I know it is the first achievement and I know that many people call you a dynasty after several, but its continuity is something impressive and how they continue to build and add … and now they are champions. It is something that should be valued “, Kevin Durant assured after consummating the ring in Wisconsin.

The Nets player is a paradigm of all of the above. The Bucks’ journey to the ring is full of turning points, those moments that convince you, that tell you where your destiny is. When Durant stepped on the line in Game 7 of the Eastern semifinals, Miwlaukee abruptly approached Olympus. There was a long way to go, but a shooting star had passed, a prelude to what could be unleashed. The word dynasty is a capital letter, difficult to deserve, grant, win. Even more so, when it comes (or is) from the reigns of LeBron James or Golden State Warriors. The forward is a bit of a stretch in his words, but he has reason to see at least continuity in the Bucks’ success.

Since Mike Budenholzer landed in Milwaukee in 2018, the franchise’s dominance in the regular season is undeniable: 162-65 on aggregate record, 71.4% winning, the best in the league at this time. But in playoffsUntil now, he had not hit the table. And that is where the foundations of dynasties lie, of eternity. Do the Bucks have the capacity for it? The answer, beyond the crystal balls and intuitions, is difficult to assert; But the truth is that, currently, the hard core of the champion has years ahead of him in Wisconsin. Or should. Giannis Antetokounmpo, Jrue Holiday, Khris Middleton … The permanence of the main players is “assured”, but, in the more immediate present, there are also decisions to be made. Several players from the rotation that the ring has achieved could leave and, in addition, the franchise is in a new situation compared to recent years: the luxury tax. With all this, Jon Horst must reassemble the packaging of his big-three. It was he who brought Budenholzer and who fearlessly staked everything on the present. At 28, he has already been named Executive of the Year. As a champion, you must move the peripheral pieces of your puzzle, one that, for better or worse, could look similar for a long time.

Many certainties and various doubts

As the final stretch of the season approached, the biggest doubt in Milwaukee was clear: Budenholzer’s continuity. As it had been leaked from the American press, it was totally dependent on his performance in the postseason. After what is seen, it is insured; although, also as he had come from the American continent, he already was since the tie against the Brooklyn Nets. Currently, he has one year left on his contract, but it could even be extended. In this final phase, the coach has shown a totally new face. He has left his statism behind and has known how to ride with the changing approaches of his rivals: That Giannis has trouble penetrating? It opts for the small ball, with the Greek for false five Which Paul Beats Tucker? Turn for Holiday What can Brook López, Bobby Portis and Giannis share a clue? They share it. Indecipherable equations have become first degree.

For this season, Budenholzer had in his possession more weapons than ever and has known how to use them. And, if nothing goes wrong, you will have them at your disposal for a long period of time. Before starting the season, not without eternal agony for Milwaukee, Giannis signed the biggest contract in the history of the competition: 5 years and 228.2 million, with the last season at his will. The previous year, his faithful companion Middleton had already passed through the offices: another 5 and 178 million. And it was Holiday’s turn, who had arrived with only a guaranteed year and a player option: 134 million and four years, maintaining the player option on the fifth. A formula also present in Khris’s contract, with his last course in hand. If executed, the Bucks would invest in their top three players 105 million in the 2021-22 season, 113 million in the 2022-23 and 120 in the 2023-24. In 2024-2025, without Middleton in the absence of a new extension, Jrue should evaluate his option, with almost 37 million on the table; Anteto, meanwhile, would continue with a guaranteed contract, with a player option of more than 51 million by 2025-26.

The map of the big-three it is very clear, but that of everything that surrounds him, not so much. While it is true that the ring could not be understood without the aforementioned players, it could not be done without all those who have orbited around it: the timely appearances and sacrifice of Pat Connaughton, the wild spirit of Bobby Portis, the tough and noble defense of PJ Tucker … and much more. To achieve an NBA championship, you have to add a lot and from many angles, and they have done it. Now, the future is uncertain for some. Especially for Tucker, Portis and Bryn Forbes. In the case of the first, like Jeff Teague (who, predictably, will not continue), the contract ends; in the second, they have on the table a player option which, according to the US press, they have already rejected. In both cases, they opt for higher figures (the options were 3.8 million for the pivot and 2.4 for the outside world). Portis has been a fundamental piece throughout the season, but also in playoffs… and even in the last match of the Finals. Whatever happens, it will leave a marked memory in the Fiserv Forum, who chooses his name whenever he can, but his 11.4 points and 7.1 rebounds, with a 47.1% accuracy from long range (the third best percentage in the league), put him far from Wisconsin. Also the Forbes numbers, with 10 points per game and a 45.2% accuracy in the triple, the best record of his career and, in the total of the league, just behind Bobby.

Milwaukee will have to face these situations from the corset that the luxury tax supposes, where they are located. After obtaining the ring, Holiday pocketed an extra million that was linked to this condition, which has led the franchise to the aforementioned economic position. Among other things, one that Antetokounmpo was promised in its renovation: to make the necessary efforts to build a winning project. All this means that, from free agency, the Bucks can only offer Portis and Forbes 120% more than their current salary, far from their ceiling in the market, according to estimates by Bobby Marks (ESPN). Tucker’s case, on the other hand, is different. Upon arrival, the franchise inherited its rights Bird, allowing them to sign a looser extension, regardless of the luxury tax. That is where they spend their first steps after being champions. Without valuable assets from the Draft, used in his latest additions (Holiday, the PJ himself, etc.), larger movements, likewise, would compromise other pieces of more weight, such as López, Donte DiVincenzo or Connaughton. In free agency, names like Lou Williams ring out. On July 29, through the young talents gala, they incorporated Sandro Mamukelashvili and Georgios Kalaitzakis, with the picks 54 and 60, respectively, obtained by trade with the Indiana Pacers, which received the 31st. More parts for a template that, with the settled base, needed (and needs) quantity. The bet, shamelessly, is to the present and has paid off. Now, new decisions. Also for now, because there is life beyond the ring.