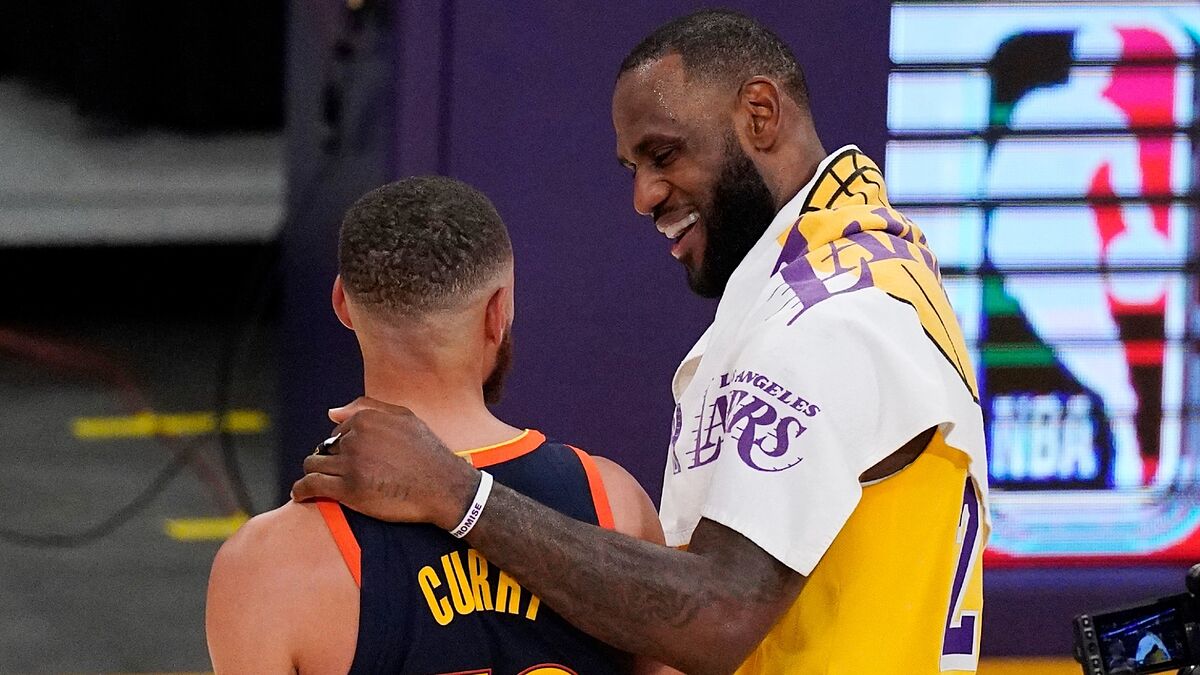 Nor not even 24 hours have passed elimination of the Lakers and there are already public comments from Lebron James that make the rest of the NBA tremble: wants to play with Stephen Curry.

Complex published an exclusive preview of the new episode of shopthe HBO show he produces alongside Maverick Carter and in which James returns for the fifth season, with the wish list of the still Lakers player.

“Bronny is number 1 on my fucking list”James responded when asked about the players he would like to team up with, before moving on to analyze the current NBA.

“Today? Shit, there are a lot of ‘suckers’ in the game today, but Steph Curry. Steph Curry is who I want to play with.”LeBron said.

“It’s deadly. You have to mark it from when you get out of the car to get to the stadium. You will have to mark him as soon as he gets out of bed at home. I swear…” added James.

LeBron wants to help Bronny get to the NBA

James has said on multiple occasions that his ultimate goal is to share with his son on a team and he showed the mentality he has.

“Not long ago, I asked him: ‘what do you want to do with this (basketball)? Do you want to play as a professional?’ He said yes and I asked him why? ‘Because I want to make a name for myself.’ At that time I said let’s go for it. It was all I needed to know. He changed his name to Bronny. He’s Jr. (LeBron James Jr.), but he’s Bronny to the world.”

LeBron’s partner Maverick Carter mentioned that Luka Doncic is his favorite player. LeBron shares the opinion and already in the past said that the Slovenian looks like him, but now he only praised him. “Luka is cold (as a murderer). He is a cursed. He and I get along well.”

James also mentioned that his favorite players in history are not top earners or Top 10 or even Top 50 of all time.

“It’s crazy, but loved Scottie Pippen. Obviously MJ was crazy, Kobe would be another, but Scottie Pippen and Penny Hardaway were the ones I reflected on. They were tall guards, point-forward, defending a lot of positions.”

LeBron’s wish that threatens the NBA: “Steph Curry is who I would like to play with”