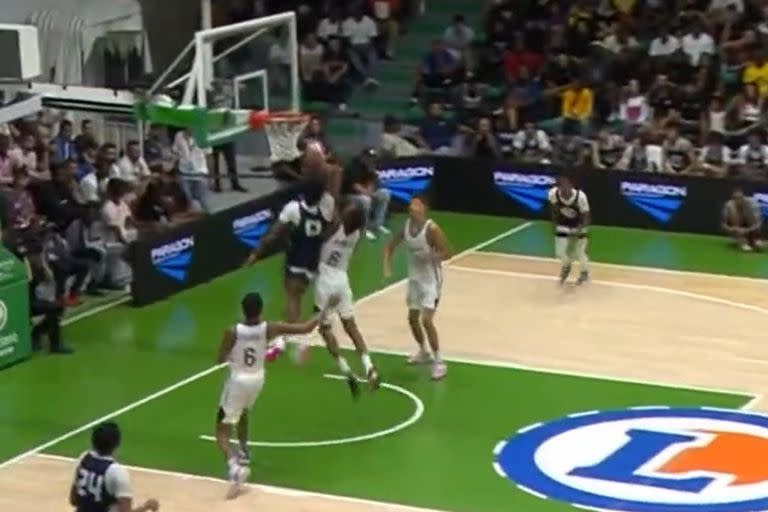 The reaction was immediate. The action was the trigger. It happened in Paris, but it multiplied around the world in just a few seconds. The protagonist, bronny james, “burst” a hoop in a U18 match against French players and social networks exploded. Her father, LeBron, was one of the first to post on Twitter and such a dunk even aroused the admiration of Stephen Curry.

While The King is on vacation, negotiating his continuation with the Los Angeles Lakers and preparing for the 2022-23 NBA season, his sons impress basketball fans by playing with California Club. So much so that the impressive dunk of his eldest son, in less than two hours he had a million views.

What happened next moved LeBron again, who was in charge of commenting on what his son did and reposted each of the international media that reflected Bronny’s dunk. Young James took the ball, ran from rim to rim and after a long dribble past his defender to one-handed the ball over a taller opponent.

Bronny’s projection and his dad’s wish

LeBron James has said on more than one occasion that he wants to play a year with his eldest son in the NBA. That will not happen until the 2024-2025 season, when Bronny James will be eligible for the 2024 Draft. The eldest of The King’s sons, who is 17 years old, arouses interest in the fans, although some doubt that he can reach the elite of basketball in the United States. However, in recent weeks, some specialists believe that little by little he is responding to expectations.

“He’s showing that he’s more than just a name in terms of his positive impact on the game, like making the extra pass on offense or diving for split balls on defense,” a scout told Yahoo Sports. “The most impressive thing about Broony is his character on the court and his ability to make the right decision at all times,” posted another.

Bronny participated in the Nike Peach Jam, a tournament for young talent in which he averaged 16 points, 5.8 rebounds and 5.3 assists in six games. Although the path he will take until reaching the Draft has not been defined, several NCAA universities are already showing interest in Bronny. Kentucky is the only one that made a firm offer, but the United States media assure that there is interest from Duke, Kansas, Ohio State, Michigan and Texas, among others.

LeBron was clear and forceful about what he intends for his future: “I will play my last year with my son”, he insisted at the All Star in Cleveland, last February and added: “Wherever Bronny is, I will be too. I would do anything to play with him, and money wouldn’t matter at that point.”

They demand 2,500 dollars a week for the right to a barbershop in Cancun