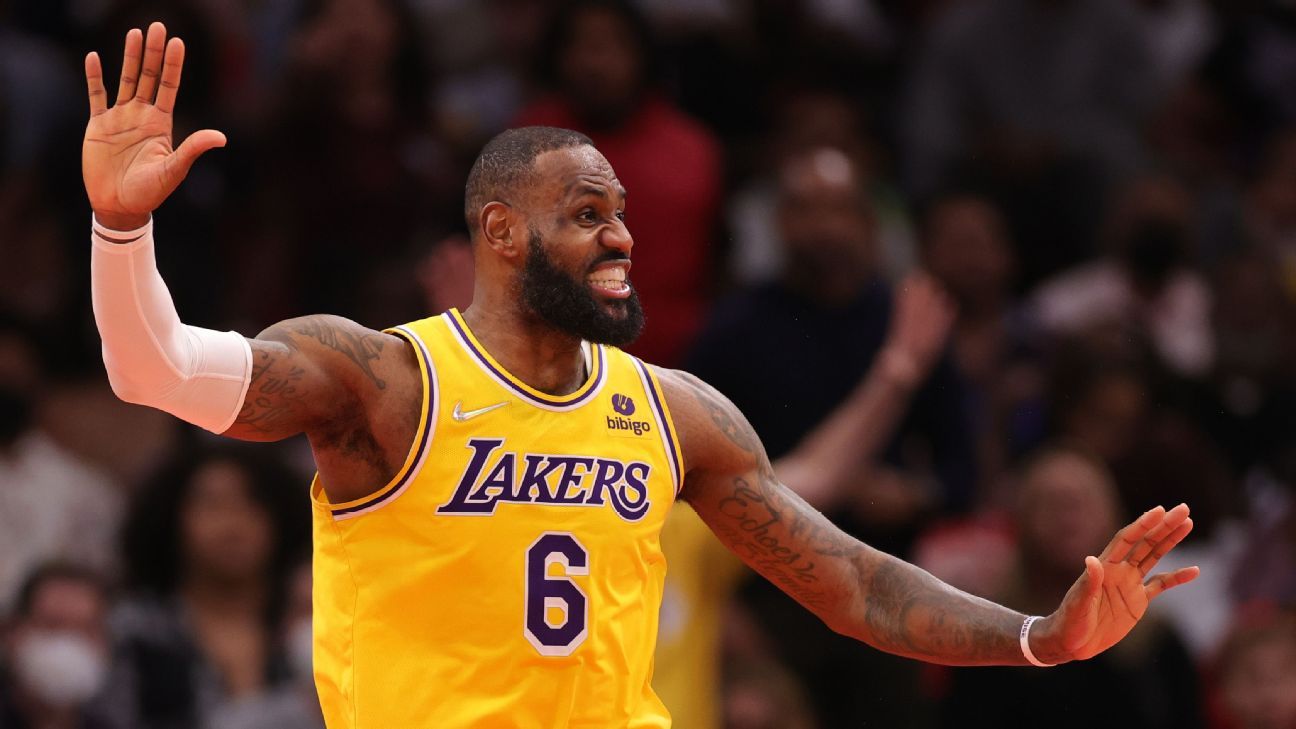 LOS ANGELES – After a loss to the Brooklyn Nets on Christmas Day, the Los Angeles Lakers returned to victory this Tuesday night, 132-123, in their visit to the Houston Rockets. With the victory, the Angelenos managed to cut a streak of five losses in a row that took them away from playoff spots.

The purple and gold have had to use everyone and make changes in the lineup in the face of casualties due to injury or COVID-19 protocols. This time, Lebron James He appeared in the starting five at position 5 for the first time in his 19-year career.

“I try to do whatever it takes to help this team, whether as a dribbler, on the wing which is more my natural position or like today, in the starting center for the first time in my career, the important thing is that we cut the streak of five losses we were in and there came a win that we really needed, “LeBron James said on the telecast at the end of the game.

Analyzing Houston’s strengths as a rival, the Los Angeles coaching staff opted for a small lineup to compete against the speed and versatility of the Rockets. LeBron was chosen to start as a center, rather than someone natural in the position as DeAndre Jordan or Dwight howard. It should be remembered that Anthony Davis he’s out with a knee injury.

“If you look at the numbers for LeBron’s impact on the floor at the 5 position, it’s just unbelievable. By having players out with Covid or injuries, we decided to make the bet to put it there, “said assistant coach David Fizdale, who is leading the team in the absence of Frank Vogel due to NBA health protocols.

“I said that to the team in the locker room, at first they kind of laughed a bit, but I reiterated,” I don’t think they understand what LeBron just did. He played in the center for four periods and dominated in the position, at the same time that he alternated as point guard or moved, this man is out of series. It never ceases to amaze me, we are very fortunate as basketball people to witness this, it is beautiful, “added Fizdale.

It was the fifth straight game for LeBron James with at least 30 points scored. LeBron’s good individual performances were finally backed by a team win. Not only that, but he broke a new career milestone by surpassing 36,000 points, becoming the third player with that many units in NBA history. They only get over it Kareem Abdul-Jabbar (38,387) and Karl Malone (36,928).

“I think his ability to score and score is one of his least celebrated or underrated qualities. He (LeBron) has always had the ability to score and now he is taking advantage of it whether he is four or five, he knows how to attack the rim, he is an important target and he takes advantage of it, “he shared Carmelo anthony over LeBron, after James’ triple-double of 32 points, 11 rebounds and 11 assists.

LeBron James received the support of his teammates on the floor to now add a victory. Russell westbrook He finished with a triple-double of 24 points, 12 rebounds and 10 assists; he recovered on field goals with 10 of 17. Carmelo Anthony contributed 24 points from the bench, while, Avery bradley Y Malik Monk they also added double digits in the victory.

The Lakers will return to the court this Wednesday visiting the Memphis Grizzlies, the day before LeBron James’ 37th birthday.