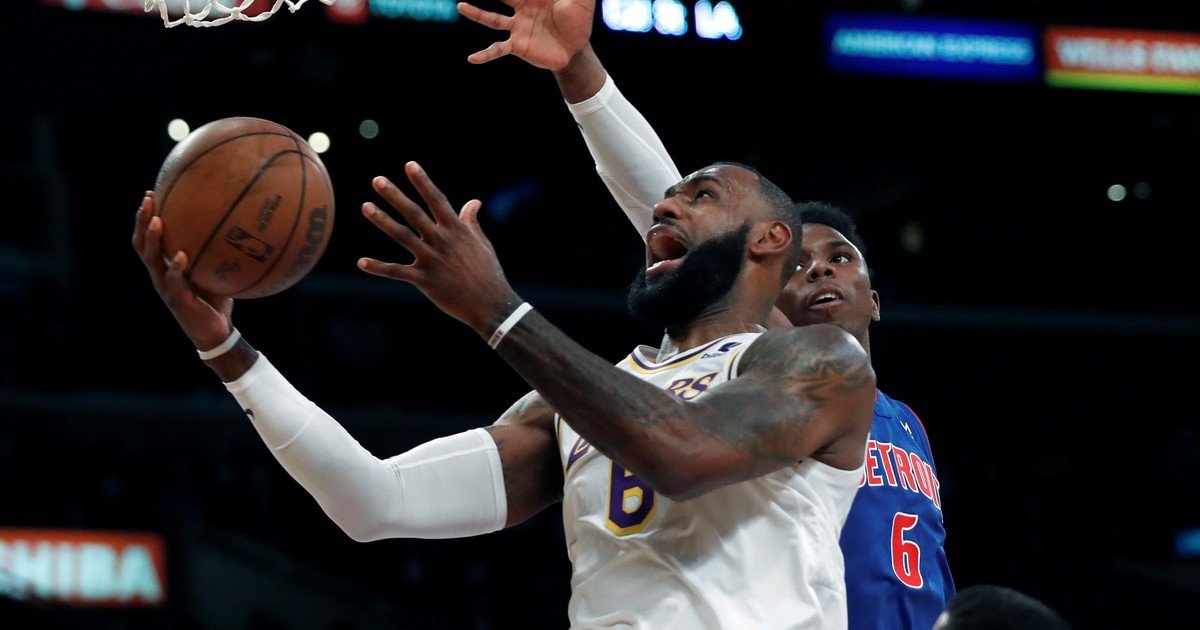 The alarms went off hours before the start of Tuesday’s game against Sacramento, when Los angeles lakers they announced that Lebron James would be low due to the health and safety protocols of the NBA. Immediately, suspected a possible positive of coronavirus, a questionable result, or close contact.

Finally, after the 117-92 victory against the Kings, the person in charge of clearing the doubts was Anthony Davis, partner and friend of LeBron, who confirmed it in a conference: “He told me that he is fine, that he is asymptomatic, which is a good sign. Health is the most important thing, more than basketball. LeBron has a family and we want to make sure he will be fine. “

According to NBA health protocols, Players must test negative in two tests against Covid-19 on two different days to obtain authorization to allow them to return to competition. Additionally, players who test positive must maintain a quarantine of at least 10 days.

Thus, the loss of LeBron is a headache for the Lakers, who will not be able to count on their top star for the games against the Angeles Clippers (December 3), Boston Celtics (12/7), Memphis Grizzlies (12/9), and Oklahoma City Thunder (12/10).

“We can’t let that get to us. Obviously, he’s a huge part of our team. But we’ve played a lot of games without him. So we already know what that is like. we have to keep playing like we did on the defensive end until he can come back. “, Davis assured about the loss of LeBron, who at the beginning of the season had confirmed that he had already completed the vaccination schedule.

James has played only 12 of 23 games this season, by an abdominal distention and subsequent suspension. So far he averages 25.8 points and 6.8 assists.

The NBA, in a memo obtained by The Associated Press, also informed teams Tuesday that 34 cases have been recorded in which a fully vaccinated player, coach or staff member had a post-vaccination infection. The league assured that 97% of the players are completely vaccinated.