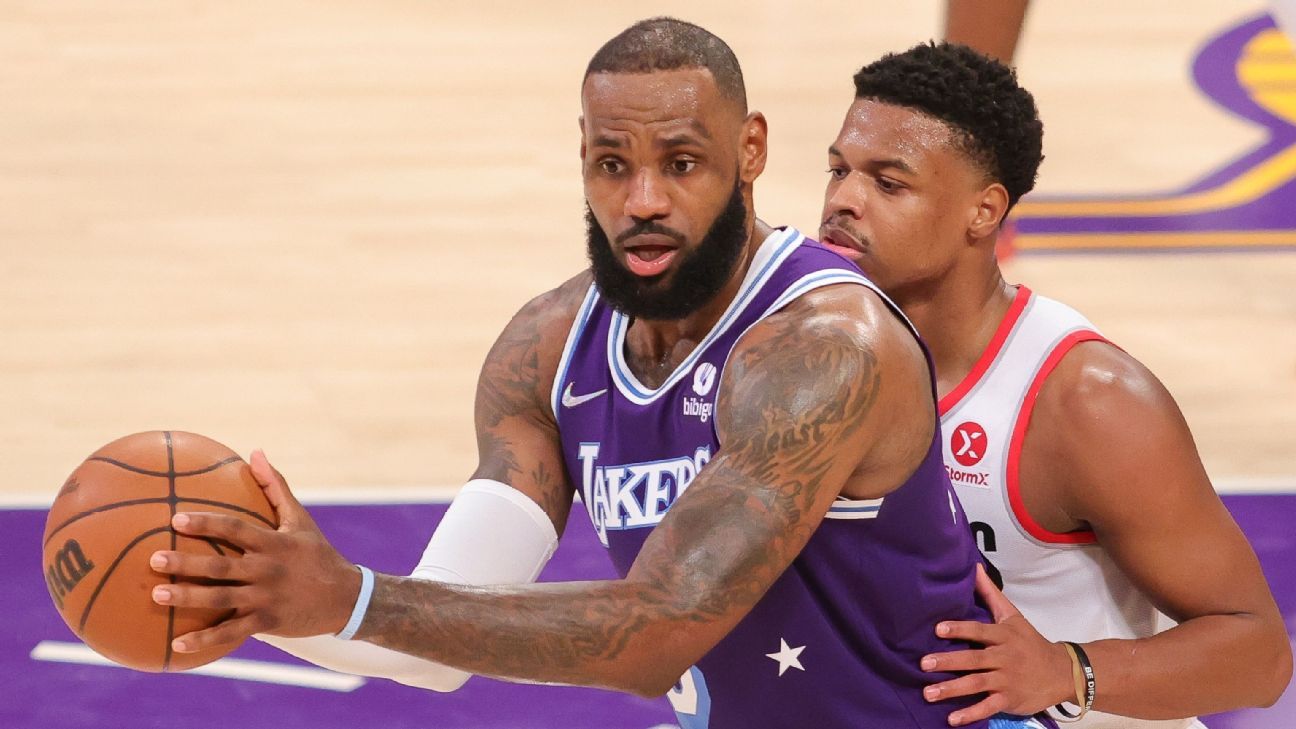 LOS ANGELES – The Los Angeles Lakers closed 2021 with a resounding victory over the Portland Trail Blazers 139-106. Lebron James, who just celebrated his 37th birthday, had another spectacular 43-unit night for Los Angeles. They are seven consecutive games for LeBron making more than 30 points.

“My mind is always on the game, despite the fact that the day before was my birthday and we had a day off, I don’t stop preparing. I seek to have adequate rest and focus my mind on what we must do to improve. This is who I am, I want to continue being that, have longevity and lead this team, ”shared a smiling LeBron James after the victory.

The purple and gold finally found a consistent and spectacular rhythm on offense to back up what LeBron did. Seven Angelenos players finished in double digits. Led by LeBron’s 43 points, they followed Malik Monk with 18 points, Carmelo anthony with 16 units, Russell westbrook with 15, Stanley johnson, Austin reaves Y Talen Horton-Tucker with 10 each.

“We can talk about the space on the floor all we want, but it is about LeBron James playing at a higher level, more than the environment around him,” shared coach Frank Vogel, who returned to direct in person after being isolated due to COVID-19 protocols.

“(LeBron) He firmly believes in this group, we all believe and now with Anthony Davis out (due to injury), he’s focused on doing everything he can (individually) to help add wins and he’s playing at an extremely high level.” added.

Lakers had a great first set of 43 points and from there, they didn’t look back. In previous games, especially their last loss in Memphis, they started with good rhythm, but they lower the intensity in the fourth quarter. Now, they did not let this repeat itself.

“We felt like we grew in the last two games, even though we weren’t taking the wins, but we were motivated to go out there and execute at a very high level to seal the win,” added Vogel.

A very notable player in the face of the Lakers’ streak of ups and downs has been Russell Westbrook. Following questions regarding his performance, Westbrook has shown improvement in his game with greater consistency in field goals and fewer turnovers. In the win against Portland, he made his fourth consecutive triple-double.

“I am deciphering what the game gives me to know how is the best way to face it,” said Russell Westbrook after the triumph in which he contributed 15 points, 13 rebounds and 12 assists. “I don’t want to be the person who is up and down throughout the season, I want to create consistency for my teammates and for them to know what to expect from me.”

With the win, the Lakers improved to 18-19 and are just half a point below the Western Conference playoff line. His next engagement is Sunday hosting the Minnesota Timberwolves at the Crypto.com Arena.

LeBron James boosts the Lakers win to close the year