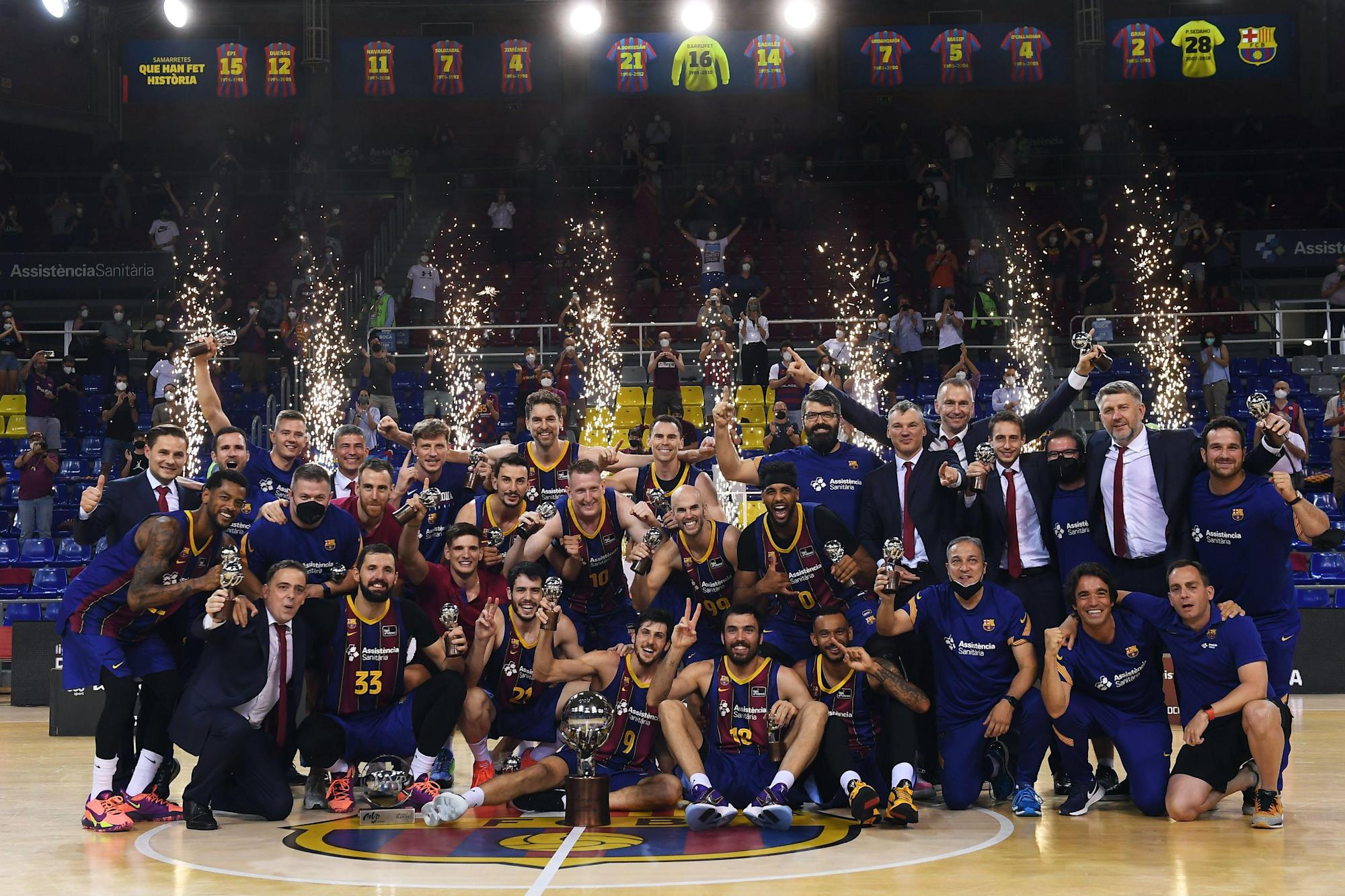 Barcelona is the new champion of the ACB League, from Spain. The Catalan team beat Real Madrid for 92 to 73 at the Palau Blaugrana before 1000 spectators, he won the decisive series by 2 to 0 and raised the trophy that had been denied him since the 2014-2015 season, after which he had lost final four. The Argentinian Leandro bolmaro He was part of the Blaugrana team, in which he played maybe for the last time. His near future would be in the NBA, league in which he is committed to the Minnesota Timberwolves.

Led by Lithuanian Sarunas Jasikevicius, Barcelona had won 85-79 last Sunday. This Tuesday he showed no weakness against his classic rival and dominated him by 19 points in the best-of-three match. The figure of the comparison and most valuable player (MVP) of the final was the power forward Nikola Mirotic, who registered 27 goals and +35 valuation (a statistical item that weighs successes and errors in a match).

Other figures of the champion were the base Nick calathes, author of 15 points and 7 assists this Tuesday, and Pau Gasol, which finished with 11 points and 6 rebounds. On the loser Alberto Abaldeu he was the leading scorer, with 15 points. His Argentine partner Nicolas Laprovittola he did not star in the final, due to an injury.

Bolmaro, for his part, played almost 10 minutes in the decisive clash and finished with a triple and an assist. The Cordovan closed a good individual season, with high regard for his 20 years and averages of 6.7 points, 1.9 assists and almost 16 minutes per game in the Spanish league.

The arrival of the young man from Las Varillas to the NBA to be part of Minnesota Timberwolves in 2021-2022 it is almost a fact. “I don’t know if it was my last game; he was focused on the final. Now, to celebrate, and later, to see what is best for me, “said Bolmaro, who emphasized not knowing” anything “about his possible incorporation to the team in whose coaching staff his pro-vincian works. Pablo Prigioni.

He also referred to his coach at Barça, Jasikevicius: “Working with Saras was spectacular. Always giving me advice, details, looking at everything, in each practice, in each game … He always knows what I have and he knows how to calm me down, how to make me play better. I learned a lot with him and I am very grateful to him ”, he valued.

The women’s basketball team, once again on the sidelines of a tournament for extra-sporting reasons

Barcelona partially removed the thorn from falling in the Euroleague final against Anadolu Efes, from Turkey. Now he obtained the Spanish league after four runners-up in recent years: 2015, 2016, 2019 and 2020. His last title was in 2014, when he also defeated Real Madrid in the definition.

This is your conquest number 19, which reinforces it as second winner of the national league, behind the merengue club, owner of 35 leagues. In the current season the Catalan team also achieved the Copa del Rey, defeating the same rival, in February in Madrid.