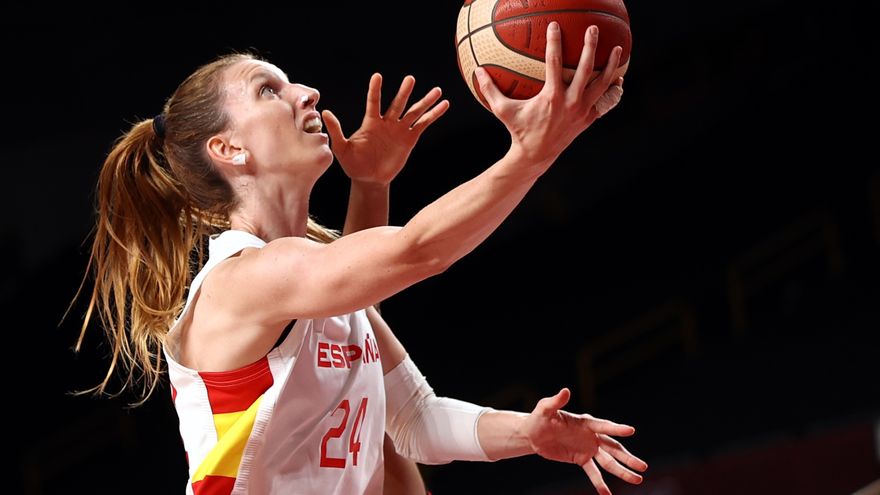 After the disappointment in the Eurobasket, the women’s team has returned to disappoint at the 2021 Tokyo Olympics After his elimination against France (64-67) this Wednesday. Some have thrown themselves into criticize very destructively in the social networks of the pivot of the Spanish team, Laura Gil, for her mistakes during the match, but the player has not been slow to vent with an answer that firmly puts everyone in their place.

A) Yes, Gil has expressed through a letter posted on their social media profiles his disgust: “Yesterday I was not correct, I missed shots that in the eyes of anyone were very easy shots. I can assure you that right now I am very hurt. I’m not going to apologize but it’s not okay every day, or 100% in all facets of the game. I tried to help the team adding in other aspects but it was not enough “, has indicated.

But, in the same way, the interior of the Spanish team has emphasized the importance of “know how to win and know how to lose“, and has appreciated the support received. Also has dedicated a few words to those who criticized his performance in the quarter-final match: “A message to those people who think that for having an opinion they can disrespect one or twelve players who have been giving their all all summer: Everyone has the right to have an opinion, but not all opinions are respectable“added Laura Gil.

Likewise, the interior of Valencia Basket has been one of the defensive props of the national team, with 16 points and 12 rebounds to South Korea, 2 points and 7 rebounds against Serbia, 8 and 7 against Canada and 4 points and 9 sacks in the quarterfinal game against France, in which he missed a basket under the basket with 62 -63 on the scoreboard with 50 seconds to go.

First of all, Gil missed eight of his ten pitches to basket during the match against France which meant elimination at the Olympics, but she was the second highest rated player of the selection in Tokyo only behind Astou Ndour, statistical section in which he has averaged 17.5 per game.