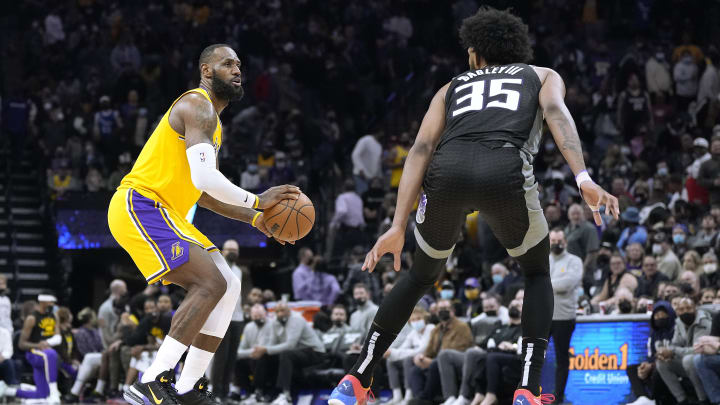 When the season of NBA The first half has passed Lakers they are not comfortable in the standings and there is uncertainty regarding their postseason qualification. this you know Lebron James, the main star of the team, who knows that they have disappointed their fans.

“I promise that we will be better”, are the words that the forward sent to the great legion of fans of the Angelenos, who this Monday play against the Utah Jazz.

Going into the Jan. 17 date, the Lakers are 21 wins to 22 losses to be eighth in the Western Conference.

Draymond Green, power forward for the Golden State Warriors, has a serious injury to his right calf and this has taken him out of action in recent days.

The franchise to which the valuable defensive player belongs hopes to do a reassessment of the condition of the leg in the coming days to get an idea of ​​when his return will be.

In the current NBA campaign, Green has averages of 7.9 points, 7.6 rebounds and 7.4 assists. It is a vital piece to maintain the balance between defense and attack in the starting lineup.

Marc Gasol, who left the NBA to return to Spanish basketball, surprised with some statements in which he suggests that his return to the American league is not ruled out.