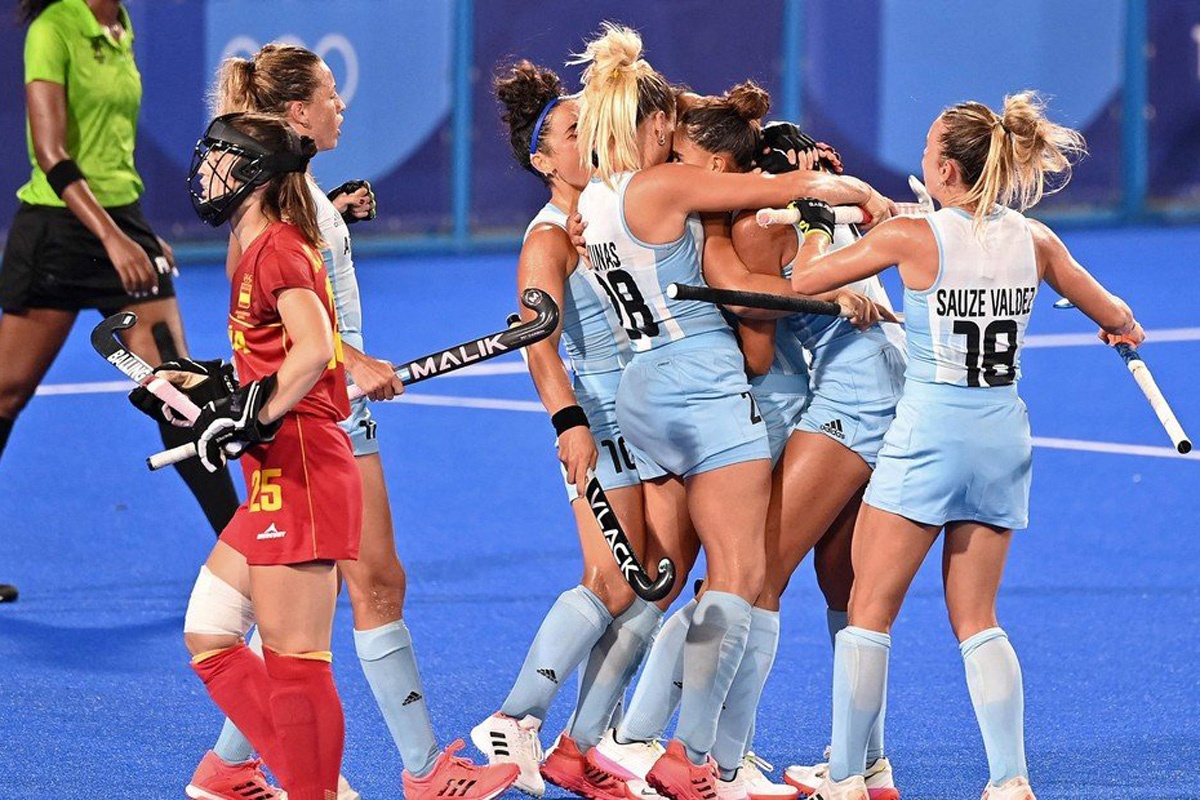 Monday spent in Tokyo 2020, with good and bad for the Argentine delegation. The defeat of men’s volleyball in the classic against Brazil was the gray closing for a day that also had the celebrations of Las Leonas, Nadia Podoroska, who advanced to the eighth, and Facundo Verón in boxing. The Pumas, in Rugby 7, had a celebration and a stumble, but were on their way to the quarterfinals. The bad ones include the weak debut of Delfina Pigniatiello, the basketball defeat against Esolvenia and the fall of the men’s handball against Germany.

Basketball: the first step was wrong

The Argentine men’s basketball team suffered from the hierarchy of crack Luka Doncic and lost widely to Slovenia, 118-100, at the beginning of their participation in the qualifying stage, for the Tokyo Olympics. Doncic, NBA figure in the Dallas Mavericks, designed a great performance, with an income of 48 points, 11 rebounds, 5 assists and 3 blocks. The Argentine card, again, was Luis Scola, with 23 points and four rebounds. Doncic marked the difference on entry, with 17 goals in the first quarter, for a 32-24 run for the Europeans, which became irrecoverable. Today we play badly and they have a superlative player, the kind that comes out every 30, 40 or 50 years. They deserved the victory for this difference, “summed up 41-year-old Scola. This Thursday, at 9 in the Argentine morning, it will be the second game against Spain, the last world champion. On Sunday, they will close group C against local Japan.

Los Pumas, on the run

The Argentine debut in Rugby 7 came with one of lime and one of sand. The Pumas got a great win against Australia (29-19) in the Japanese morning, but lost to New Zealand (35-14) in the evening. Now, from 22 o’clock, against South Korea, they will seek to qualify for the quarterfinals, which will be played on the same day. With three groups of four, the first two and the two best third parties from each zone classify. With the good victory against Australia, Argentina seems to have directed its classification in the “group of death” and keeps its medal expectations alive.

Podoroska, at a steady pace in Tokyo

Rosario’s Nadia Podoroska achieved her second victory and advanced to the round of 16 of the Tokyo 2020 Olympic Games, by eliminating Russian Ekaterina Aleksandrova 6-1, 6-3 in one hour and 27 minutes. Thus, he was only one triumph away from obtaining a diploma in the first Olympic experience of his career. She will face the Spanish Paula Badosa (29), after midnight on Tuesday. Argentine tennis has accumulated five medals in its Olympic history (Del Potro, in London 2012 and Rio 2016; Sabatini, in Seoul 88; Javier Frana-Christian Miniussi, in Barcelona ’92; and Paola Suárez-Patricia Tarabini, in Athens 2004. The Podoroska’s expectation remains standing.

Again, the Gladiators ran into a powerhouse and were far from the bump. Against Germany, the men’s handball team fell 33-25, on the second date of the qualifying stage. The Gladiators went from more to less, with a start in advantage but that between some sanctions and the German quality the game was decanting for the Europeans. The Argentine goals were scored by Diego Simonet (5), Ramiro Martínez (5), Lucas Moscariello (4), Sebastián Simonet (2), Gastón Mouriño (2), Ignacio Pizarro (2), Pedro Martínez (2), Pablo Simonet ( 2) and Federico Pizarro (1). This Wednesday, at 4:15 in Argentina, it will be the third game against Norway.

Las Leonas and a win to turn the page

The Lionesses defeated Spain 3-0 and obtained their first triumph at the Tokyo 2020 Olympic Games on the second date of group B. After the hard defeat in the debut against New Zealand (3-0), the women’s team from Hockey recovered with a laborious victory that came in the last quarter from Valentina Raposo (47m.), Agustina Albertario (57m.) and Noel Barrionuevo (59m.) from a penalty kick. The Lionesses will continue their activity in group B against China (Wednesday 28, at 7 am); Japan (Thursday 29, at 8:45) and Australia (Saturday 30, at 11:45) in the group stage. The top four from each zone qualify for the quarterfinals.

Pignatiello’s Olympic premiere was not as expected

The 21-year-old from San Isidro finished eighth in her series and was unable to qualify for the next round in the 1500-meter freestyle qualifying event at the Tokyo 2020 Olympic Games, in which American Katie Ledecki won. “My nerves betrayed me, this was not the expected result or the one I trained for, but I am left with the effort I made during all this time in which I could not train at the pace I wanted due to the pandemic while the rivals could” , said Pignatiello in statements to the TyC Sports signal after the test in which he achieved a time of 16 minutes 33 seconds, 28 seconds more than he did in the Pan American Games in Lima, where he achieved three golds that invited the illusion in Tokyo In the 1500 meters it could not be, but now he will compete in the 800 meters again, next Thursday.

Everything seemed served for the Argentine hit: with a very good level in the first two sets, he surprised the last Olympic champion. With Facundo Conte, Luciano De Cecco and Bruno Lima as banners, men’s volleyball seemed to begin to take the first important victory of Tokyo 2020. But Brazil woke up. And forced the tie break. In the fifth set the match was left to Verdeamarelha, after a 16-14 that shows how close the match was. Argentina had already lost to Russia in the debut. This new defeat leaves two readings: that the passage to the quarterfinals will be difficult but that there are also reasons to dream of victories against France and Tunisia to be able to get among the fourth classified in Group B, which the United States completes.

* Fencing: Belén Pérez Maurice lost to Hungarian Anna Marton 15-12 in the first round of individual saber.