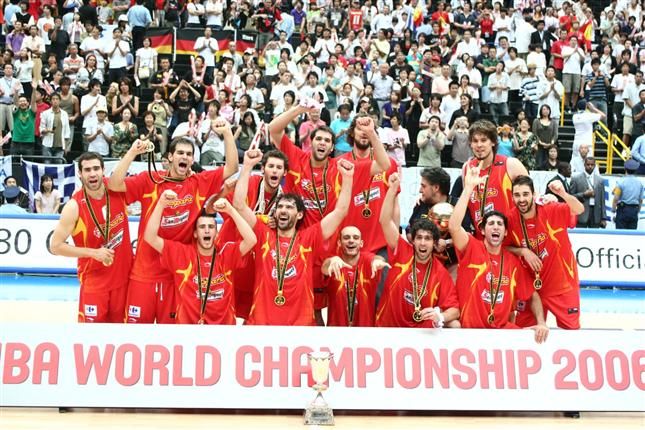 Pau Gasol, the father of a family to the golden generation of Spanish basketball, will leave the national team after the Tokyo Olympics. He is the last active representative of those gold juniors who achieved in 2001 achieved bronze in the Turkey Eurobasket, opening a cycle of successes in which, among other conquests, two World Cups, three Europeans and two Olympic silver and one bronze would arrive. At the gates of ‘last dance‘of the two-time NBA champion, the triangle made up of the Spanish Federation, Mediaset and Amazon has created’ La Familia ‘, a docuserie in which the protagonists of this series of successes reveal the secrets and insides of these triumphs.

“The players have opened up in the channel by recounting not only the successes but the emotions,” he praises Jorge Garbajosa, promoter of a production that opens this Tuesday on Amazon Prime. He has been at the forefront of all the successes, first on the track and then in the Federation that he has presided over since 2016. The expivot of the Raptures explains that he, like the rest, did not understand summers without being with their two families. “The only year in which I was not was in 2011 and that I did not have the full feeling of vacation because I was not with my other family. To have a complete vacation you have to be with both of them.

Consider that, even though the names change, the spirit survives. “The faces will have changed almost completely but the feeling that the group is the same and the essence of the family is maintained. This continues. What they have gained Pau, Juan Carlos Navarro or Felipe Reyes makes sense in the legacy, “he points out, using the example Garuba and Gasol. “Usman and Pau are 22 years apart but you see how Pau soaks up the energy of Usman and Usman from their experience.”

But beyond the generational change and talent, he believes that the differential factor is that the idea of ​​cohesion is maintained. “In situations of tension and crisis, the family that is not united breaks; but if it is united, it becomes even more united.”

As happened in Saitama after Pau Gasol’s injury in the 2006 World Cup semi-finals, which prevented him from playing the final. “Everyone knows that he won and that Pau was on crutches but not how the technical, tactical, mental, physical and role resources are managed in those 20 hours.” Without going into ‘spoilers’, he points out that the gold began to be won in an elevator. “Cheering Pau we all cheer up. From the reception to the hotel floor, we are all thrown with laughter. In that elevator the first World Cup of the national team began to be won.”

Ricky Rubio, lighthouse of the second planetary title, explains some of the hazing that was done to him when he entered the Family. “You had to mess it up a lot to not get into the Family”, he reflects in the documentary in which he and other members tell how the deaths of direct relatives impacted on the group and how they supported each other to move forward. Pau explains the importance Navarro had for him since he was little, to overcome the ridicule of other children because of his height. The importance of Pocha in the first hard core, which was made up of Pau, Juan Carlos, Felipe, Garbajosa and Mumbrú, and how this was behind the enigmatic battle cry: wall, is also reviewed in the docuseries.

The personal stories are intertwined with the duels against the US, France and Argentina and there are keys to how the successes were forged and why the disappointments of the World Cup and European Championship that took place in Spain. “Winning we will not always win, but we must always trust them. There is no doubt that the national team will continue to be competitive,” predicts Garbajosa. “Pau in Tokyo wants to pass the flag high to players who have accompanied him along the way. He is an unparalleled example of overcoming. At some point he was the only one who believed he would be in Tokyo. He exemplifies the respect and commitment to all the merit it has had this last year. but also Ricky, Rudy, Marc, El Chacho (…) I see it as a precious point and followed, with a recognition of the present and the past and a very exciting future “.