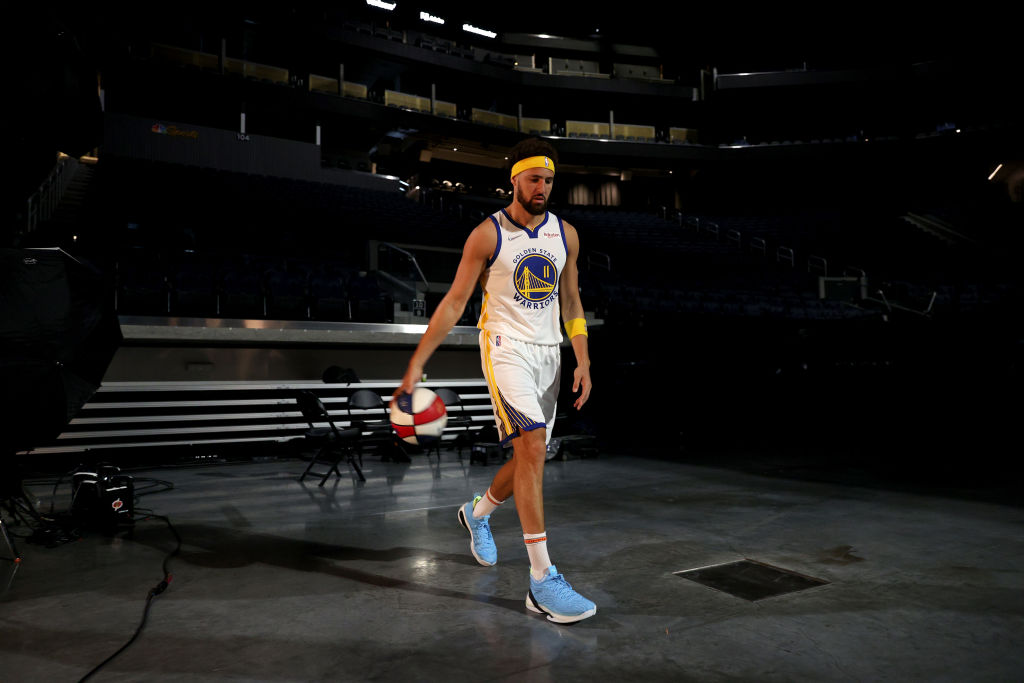 A few days of waiting – maybe weeks – are nothing after two and a half years without being able to do what you like the most; in the case of Klay Thompson, playing basketball. The Warriors guard first suffered a torn ligamentcrossed anterior left knee in the 2019 Finals, and later, when he was about to return, saw how he suffered a tear in his right Achilles tendon. It has been a difficult time for him, one that now has his mood skyrocketing with his imminent return to the field.

“It is difficult to put into words how grateful I am to be playing basketball again. I feel like myself. I feel great. I’m shooting, I’m playing very well on defense… I’m practicing a lot on defense. The hardest part in this process is simply simulating a game and that conditioning that comes with being a great NBA player. It’s difficult, and it definitely takes time, ”he told the media after the last training session.

On how his return will be, Thompson anticipates that it will be with a workload that will gradually increase. For days he has been authorized to train with contact in five against five. For now, he plays in bursts of four minutes, and as the weeks go by, he will get more. “Hopefully, in a month I will play 12-minute quarters and that’s when my game will be seen,” he explains.

His return, previously seen as a necessity for Golden State, has become yet another boost for a team that is performing like a charm. The San Francisco team is the best team in the NBA at 15-2 and they are playing basketball really well. Klay ventures to assure that seeing the team the campaign can be defined as “championship or failure”, emphasizing that he is still to come.

We’re like this and I’m not even out there yet. Think about it, think about it for real. I am also more motivated than ever. I want a championship so much … I love them more than anything else, “he concludes.

Klay Thompson, close to return: “I feel like myself”