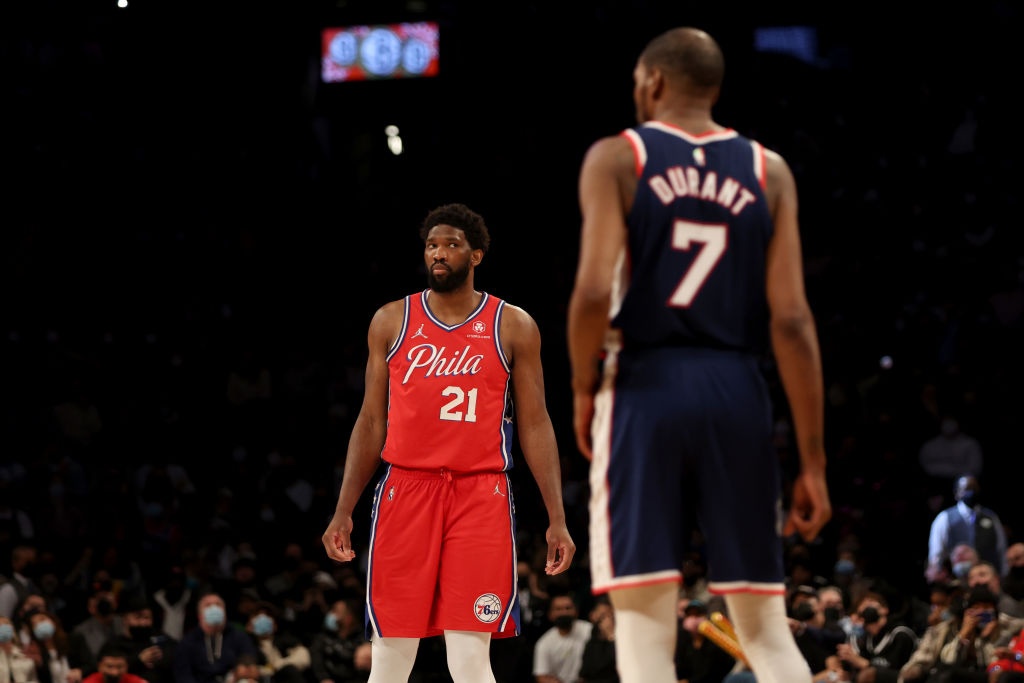 Joel Embiid pointed out days ago that he doesn’t know what else he has to do to be named MVP and Kevin Durant agrees. The Nets star, questioned about who would be his most valuable player of the season, has not hesitated to point out the Philadelphia center, of whom he can only praise all the work done since October.

«If I had to choose, I would go with Joel Embiid. He led the league in scoring and double-doubles, and his team won 50 games this year. The numbers were incredible. It’s a great year. Sure, you can close your eyes and pick any of the top six or seven, and you can have a nice MVP this year. That shows how big and talented our league is right now, but I’d go with Embiid if I had to choose,” he tells the media.

The truth is that the course of the center of the 76ers has been impressive. For many months he has kept his team in the elite of the Eastern Conference despite not having Ben Simmons from day one. Then, after the arrival of James Harden, he has continued in his fantastic line to finish as the top scorer of the season, something that a pivot had not achieved for 22 years (it was Shaquille O’Neal). Will it be enough to get the prize? Durant thinks the narrative isn’t helping Embiid either.

“There are a lot of players who have been controlled by his narrative and he hasn’t had any luck with that. Some of it comes from the player himself, but some of it just comes from other people’s perception of that player. In Joel’s case, there are more people aligned with Giannis and Jokic. It’s as simple as that. They just prefer their personality or story to Embiid’s, I guess.”

To conclude, Durant emphasizes that by numbers Embiid is up there with any other, returning once again to the idea that the difference lies solely in personal perceptions.

“As a basketball player, people should only look at what happens on the court and not the personality. Those things shouldn’t matter when it comes to an award like this. With them, voters are likely to like other guys’ personalities better. That’s not fair, but sometimes it is. If I had a vote, I would choose Joel », he concludes.