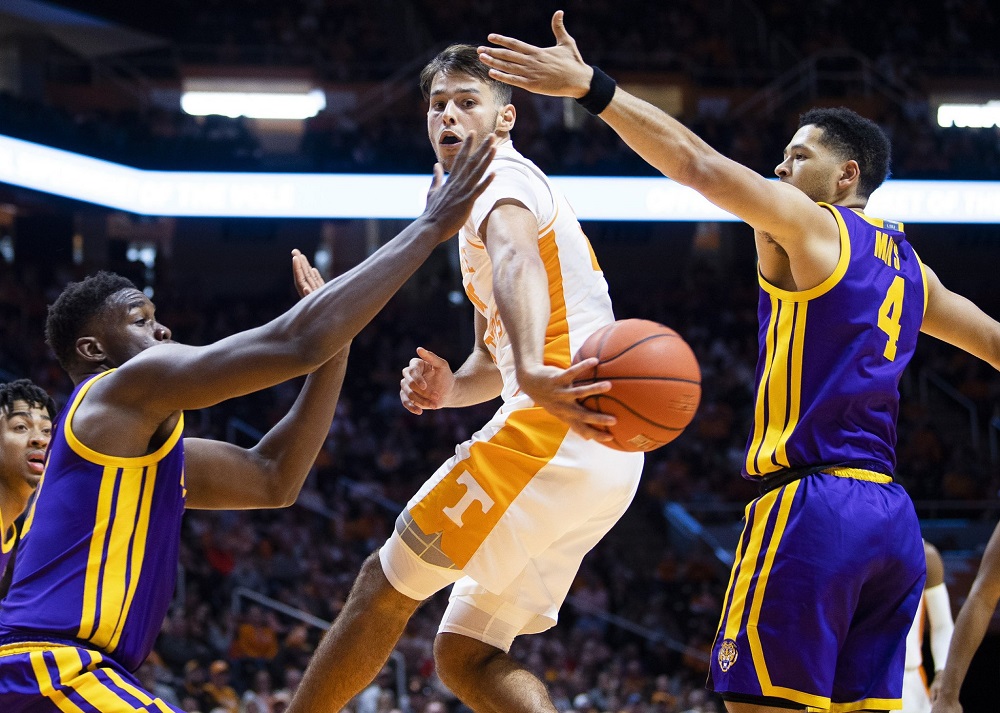 Tennessee defeated Tennessee Tech at home for its fourth NCAA victory. In those of Knoxville, the Uruguayan Santiago Vescovi was again featured.

In a new day of American college basketball, Tennessee and Tennessee Tech faced each other. The former came from beating North Carolina for the Hall of Fame Tournament, while the latter came from defeating Lipscomb at home. Rick Barnes presented a quintet made up of Santiago Vescovi, Kennedy Chandler, Victor Bailey Jr, Olivier Nkamhoua and John Fulkerson. For their part, those led by John Pelphrey took to the field with JR Clay, Keishawn Davidson, Diante Wood, Amadou Sylla and Mamoudou Diarra.

The match held at the Thompson-Boling Arena had a fairly balanced start, in which both teams exchanged attack for attack, without drawing differences in the score. The tenant set hurt on the perimeter through Kennedy Chandler and Victor Bailey Jr, while the visiting cast hurt in the painted area through Amadou Sylla and Mamoudou Diarra. The parity was maintained during practically the entire initial stage, although other ways of scoring appeared in the two teams. The Volunteers featured a low-post-inspired John Fulkerson. For their part, the Golden Eagles found solutions from the substitute bench with Kenny White Jr and Daniel Ramsey.

At the beginning of the second half, the visit was ahead in the electronic in figures from 35 to 34. In the first bars of the complement the best version of the homeowner could be observed, with a good offensive contribution from Brandon Huntley-Hatfield and Santiago Vescovi, well accompanied by Olivier Nkamhoua, managed to get an income of ten points. Those from Cookeville could not maintain the defensive intensity they had in the first half, while in attack they depended in excess of what their backcourt made up of Keishawn Davidson and JR Clay could generate. In the final minutes, those led by Rick Barnes were dedicated to managing the difference on the scoreboard and ended up closing the game without major problems. Ultimately, Tennessee was left with the victory 80-69 and in that way reaped its fourth victory of the season.

In the winner, the figure of Olivier Nkamhoua stood out, who scored 18 points (8/8 doubles), seconded by Kennedy Chandler with 15 points and 4 assists. On the loser’s side, JR Clay finished as the scorer with 19 points.

Uruguayan point guard Santiago Vescovi scored 13 points (3/10 triples, 1/2 doubles and 2/2 free), captured 7 rebounds, distributed 7 assists and recovered 3 balls in the 35 minutes that he remained in the rectangle, reaching a total valuation of 21, the second highest of the party.

The next commitment of our compatriot’s team will be on Tuesday, when in local condition he has to face Presbyterian.