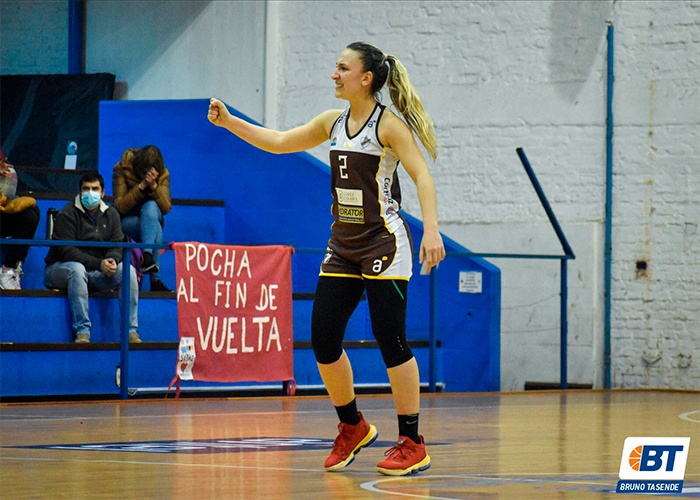 The game started at a super high pace, with both teams playing short possessions and sky-high percentages. Daniela Tovagliari the most outstanding in this area, which started 5/5, well accompanied by the production of Pierina Rossi. 25 punished the rival losses with 11 points and also started shooting well from three (2/3), but gained her advantage with Rossana Dagnino’s four-meter shot, to lead 24-23 a tremendous first quarter.

Las Leonas from a strong defense on their paint managed to counterattack to open a 5 lead. In a match that clearly slowed down, it was difficult for Villa Dolores to run and on the opposite side, they found a fiery Tovagliari, who put a 2 + 1 and two more triples (7/9) to turn the score around. But Píriz closed the second quarter with a bombshell, to score 36-36 at halftime.

August 25 opened the third quarter 11-0, first from the leadership of Rocío Berdeihl and then running from her defense, to avoid a zone with references, which complicated a lot. Dos Santos’ triples cut the positive streak for Bohe to stay close in the score. On the other hand, Veinte had little effectiveness from outside in the third, further complicating their attack against the zone. Berdeihl cut the triple drought in the worst moment of his team and thus led Loureiro’s team, 54-44, at the end of the third quarter.

Again with two triples from an infernal Tovagliari, Bohemios quickly came into play. His zonal defense obsessed with the three-point shot to a 25 who blocked offensively. Rossi in the opposite ring put a bomb with his hand up, which gave Mauricio Gallo’s men the advantage. Pierina banked the brown’s score, going inside and taking fouls, but after a minute, Tellechea cut the negative streak of the Leonas with a bomb that left the game super tight. If something was missing at the end of Rossi, after a ground kick he bounced the ball off Sabrina Molina’s back, to get an unsportsmanlike that put Pocitos within shot of victory. More and more free of Pierina, they ended up framing a huge closing for her, for the victory of the Marronas 70-65.