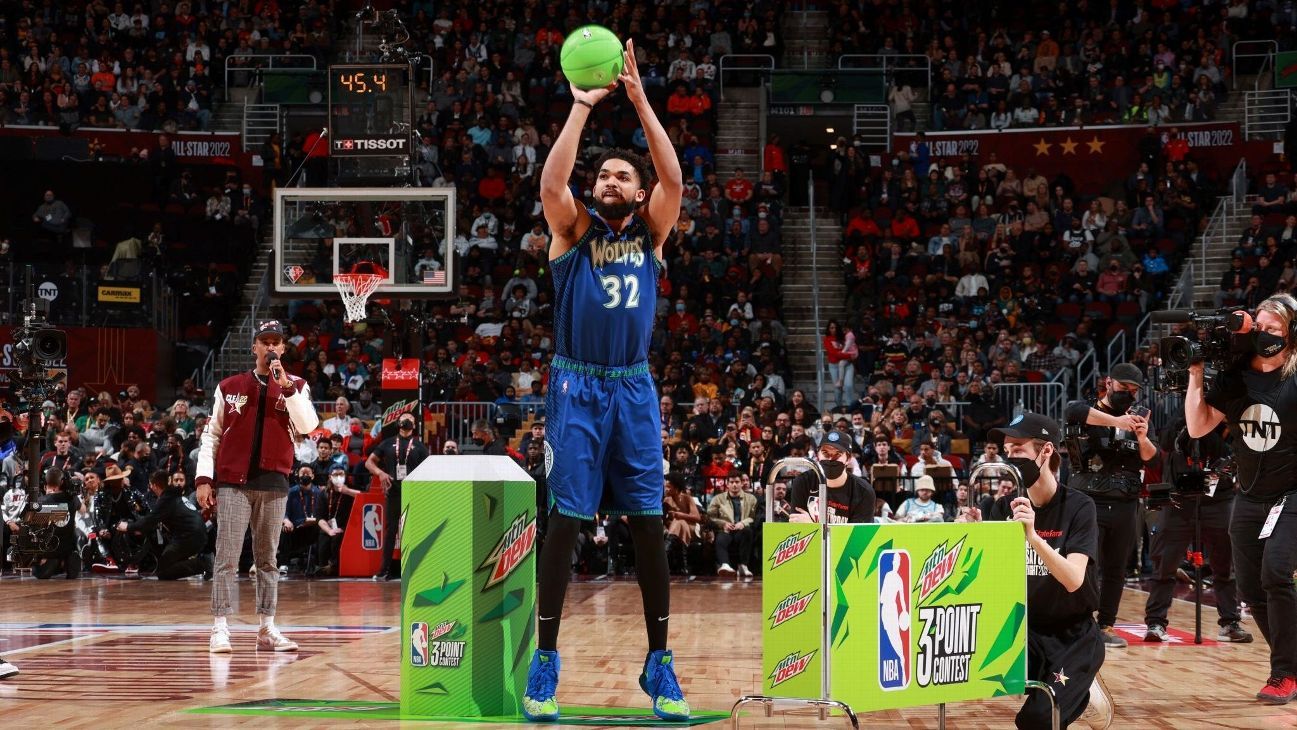 The only center in the three-point shooting competition NBA All-Star Game He made history by becoming the first Latino (and obviously the first Dominican) to win the championship in the competition. Karl-Anthony Townsthe Dominican center of minnesota timberwolvesbeat out seven other rivals to establish himself as the “King” of the throws from outside the area in this 2021-22 season.

The most points EVER in a final round.

With 22 points in the first round, which helped him advance to the next phase, “KAT” established the necessary pace that would ultimately determine the course of the competition. He then set the record for most points in the history of the final round of the competition in the Stars gamescoring a total of 29, hitting 20 of 27 shots.

With his 29 points to open the final round, Town’s erased the record of 28 points that was established by Devin Booker in 2018 and tied for Stephen Curry in 2021. Additionally, Town’s He is the first center in history to rise as champion in the competition. Also, he became the first tall man to win the competition since he did kevin love in 2012, who was also a member of the Timberwolves at that moment.

“I’m right up there with the best high shooters of all time and I needed this trophy to prove it,” he said. Town’s in the post-competition interview.

Town’s had already shown his skill in NBA All-Star Gameswhen as a rookie he won the 2016 skills contest.