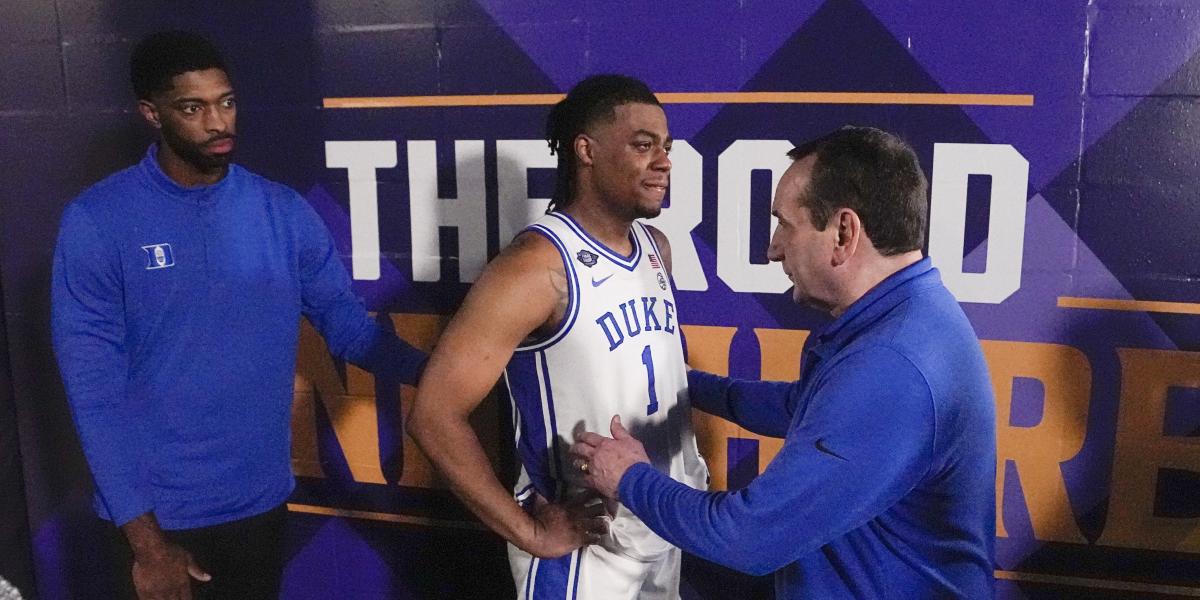 A first-year coach ended the legend of legends’ career on the college bench. Hubert Davis, coach of the North Carolina Tar Heels, hung a photo of the New Orleans Superdome in his players’ locker room at the start of the season, and last night they triumphed by reaching the grand final of American college basketball after winning 81-77 to Duke University.

The defeat of the Blue Devils ends the legendary career of Mike Krzyzewski, a five-time NCAA champion and three-time Olympic gold medalist, on the bench. “The people have been on their feet most of the time, it has been a tremendous match”valued the eliminated technician.

The game was high voltage before a pavilion filled to overflowing with more than 70,000 souls in the stands. In two hours there were 18 lead changes and the match ended 67-67 with 3:30 to go. The exchange of blows was constant but Duke was the first to fail with 46 seconds to go, when Mark Williams missed two free throws.

A 3-pointer from Caleb Lovethe game’s top scorer with 28 points, on the next possession gave the Tar Heels a four-point lead with 25 seconds to go, making them the fifth-eighth-ranked team to reach the grand final since 1979. R.J. Davis He also stood out for the winners with 18 points, 7 rebounds and 4 assists.

On the losing side paolo banchero finished with 20 points and 10 rebounds and stood out alongside Trevor Keelsauthor of 19 points. “We would have liked to be on the other side of history, but I’m proud of my boys”said Krzyzewski, who is leaving the competition after adding 13 conference titles and 1,202 NCAA wins.

In the other semifinal of the men’s draw, the Jayhawks confirmed their great season by reaching the grand final on Monday. The 81-65 victory was clear and convincing, and a balm after the tournament was canceled in 2020 due to covid-19 when they were the main favorites for the title.

David McCormaca member of that team, led last night with 25 points and 9 rebounds the victory in the semifinals accompanied by the other member of that squad of dreams cut short by the pandemic, Ochai Agbaji, author of 21 points.

The short rotation of players hurt the Wildcats, who missed their point guard Justin Mooreseriously injured during the Elite Eight.

Kansas and North Carolina meet in the NCAA Grand Final