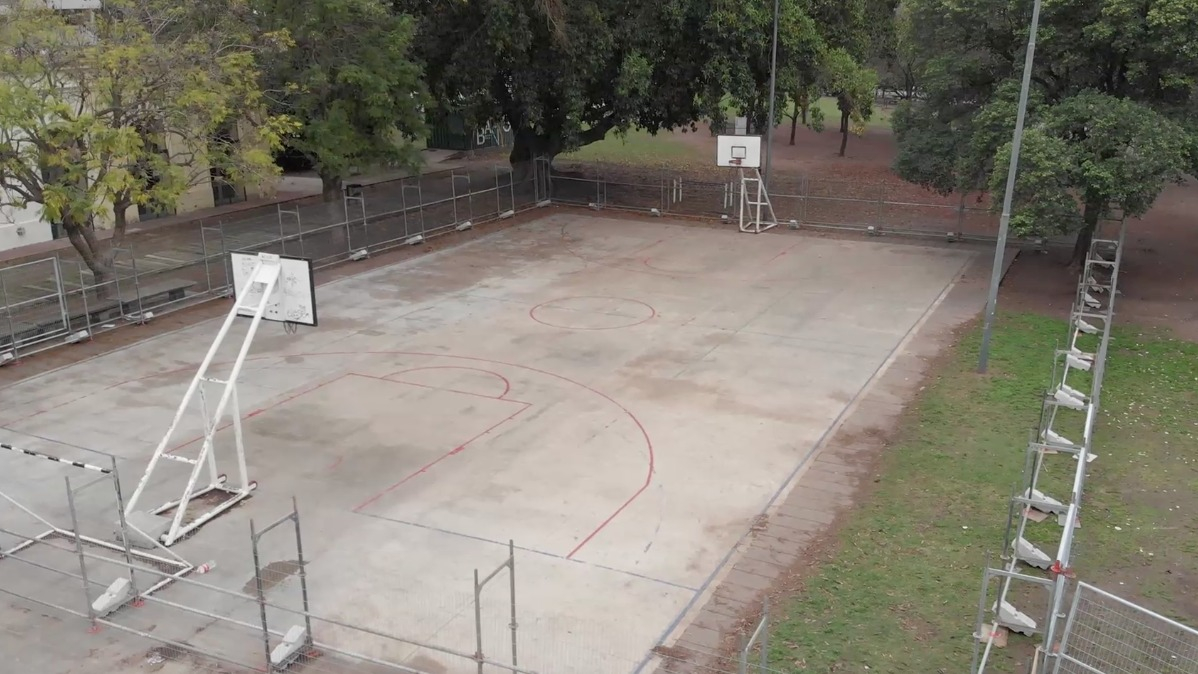 The league’s program that brings the sport closer to the youngest continues to invest in the region. On September 30, a virtual clinic will be held through the OWQLO application with the presence of Pepe Sánchez, Walter Hodge, Carla Cortijo, Álvaro Martin and Fabricio Oberto. In addition, as part of the celebration of the Jr. NBA Global Championship in the region, the NBA renovated courts in Arecibo, Puerto Rico and Rosario, Argentina.

The NBA continues to push the development of the sport around the world and Latin America is no exception. Through the Jr. NBA program, the league continues to support basketball in the region, focusing especially on school-age boys and girls and helping to spread the sport.

In this context, next Thursday, September 30, a virtual clinic (via the OWQLO app) of the Jr. NBA Global Championship in Spanish at 4:00 p.m. in CDMX and 6:00 p.m. in Argentina. The clinic is open free of charge to all Latin American players and training coaches and will have the former NBA player as special guests Pepe Sanchez, the Most Valuable Player of the Basketball Africa League 2021 Walter hodge and the former WNBA player Carla Cortijo. The hosts of the clinic will be the journalist Alvaro Martin and the former NBA champion Fabricio Oberto.

To enroll in the free clinic, the following steps must be taken:

In addition to this virtual clinic, The NBA made a direct impact on infrastructure in the communities of Rosario in Argentina and Arecibo in Puerto Rico with the remodeling of two courts.

The field renovation made by the NBA in Rosario was carried out in Urquiza Park and included spare parts and improvements in the general structure – floor, boards, rings and nets, as well as work in the neighboring sectors and a general painting of the field located in the Urquiza de Rosario Park. Pepe Sánchez with Candela Díaz (former local player of the Jr. NBA league), were present for the inauguration of the Urquiza Park court, the benchmark public court for Rosario basketball. During the Jr. NBA Global Championship virtual clinic, Sanchez will focus on technical movements on the court, sharing experiences, advice, concepts and enriching teachings for both players and formative coaches.

In Puerto Rico, the NBA renovated the Sixto Valentin court in Arecibo, in the community of Hato Viejo. The work carried out included repairs and improvements in the general structure – floor, boards, rings and nets, as well as a lighting arrangement and a general painting of the court. To inaugurate the renovation of the field in Puerto Rico, Walter Hodge and Carla Cortijo they will participate in a session during the Jr. NBA Global Championship clinic on their paths to the NCAA and NBA / WNBA, and will demonstrate movement on the new court.

“I think that any commitment to development or motivation and inspiration for boys and girls to play basketball or play sports is very good. In this case in Jr. NBA the program has the advantage that this inspiration comes from the place and the league where everyone aspires to be and has an identification with the NBA teams.. Obviously it generates a more direct engagement because in some way you are directly relating to your favorite teams or idols and that is very powerful. I was in Rosario with Candela and we did that day of individualized training that we really enjoyed and she is a product of the Jr. NBA program, she started playing at her school and thanks to that today she plays in a team, she is in Rosario’s team and has a lot of talent and desire to be a player and she’s wondering if tomorrow she can’t dedicate herself to that or she can win a scholarship at a university or whatever. Stop by, to motivate youth to be playing and enjoying themselves. Many will go to clubs to play, others will not, but surely they have the experience of being able to enjoy themselves. These programs help a lot, especially since it is done in schools. Being able to introduce sport in schools is a tool that we need a lot in Latin America “, said Pepe Sánchez regarding the Jr. NBA program.