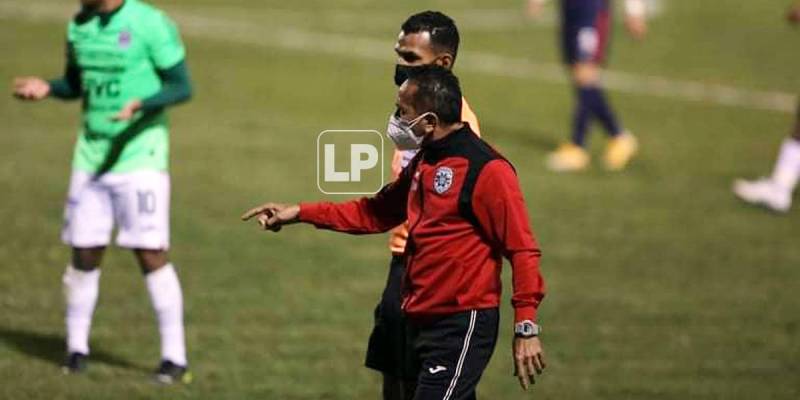 The 2-1 defeat in the classic against Motagua It caused a lot of discomfort in the team of players and coaching staff of the Marathón, who did not remain silent at the end of the match.

Despite wanting to avoid punishment by the Disciplinary Commission, the Purslane technical assistant, Jorge Pineda, regretted what happened at the National Stadium.

“It is a very complicated and difficult situation, losing puts us in a complicated situation, there are things that we cannot handle ourselves and more the fact of being able to digest this situation that has happened to us where it is very difficult because we came with the intention of getting a good result”.

Pineda considers what is happening in the country with the whistlers in the different games of the National League an unmanageable situation.

“Anything could happen here with so many actions that are taking place. Delving into the game would mean a situation that does not correspond to us because here they are more aware of what someone says than what the Disciplinary Committee may say or do because of what any player or coach mentions. You can’t fight people who are generally pitiful.”

And he even took the opportunity to remember a resentful episode with a referee. “I am going to bring up the case of Óscar Moncada, where in the previous match he treated our player black and that is punished by FIFA, but here he does what he wants and nobody says anything. Who punishes referees?

He also stressed that the bad results are harmed by the coaches and the referees are not affected by their decisions.

”Here we are all in danger because the coaches are the first to leave, they are the coaches, but the referees will care if the coaches leave. They keep doing the same thing. Watch our play and you will see if what the Motagua player did is not a basketball play.”

And add. “Here it’s easy, they punish us, they say anything and one must remain silent, it can’t be and that’s why Honduras doesn’t get over it and the arbitration also for the same reason”.

Jorge Pineda was very direct in securing. “We are not inventing, here is one or another player who offended Moncada and you can ask them. Who does something? and it’s not fair. We are a team that has been on a trip since yesterday and come to endure this”.

Also, the monster’s assistant did mention that. “After the penalty play, Garrido was expelled and if that action was called, he would have continued playing. So, who is the protagonist? This is unfair”.

Jorge Pineda, annoyed with the referees: “What the Motagua player did is a basketball play”