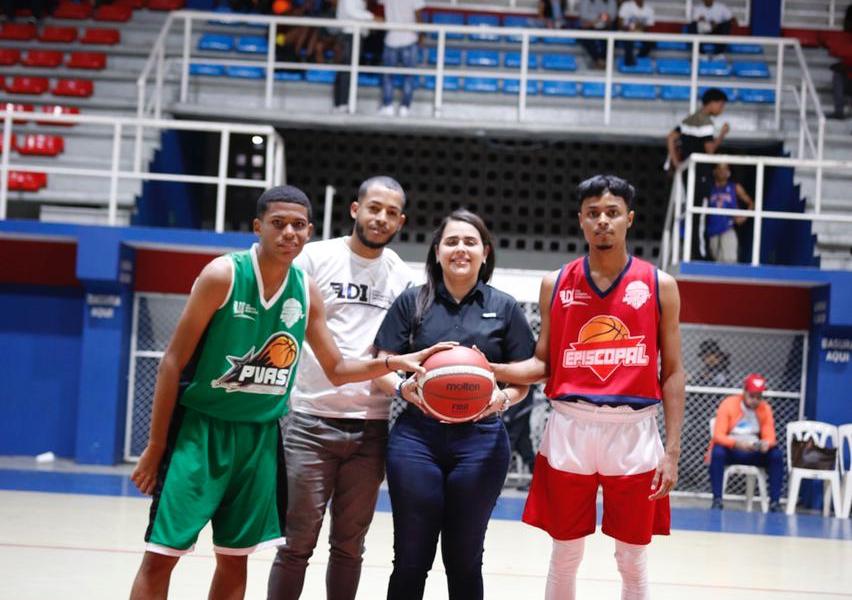 Morillo was superb on offense scoring baskets from different angles of the court that were decisive in the important victory of the green and black team.

In addition to Morillo, Leandro Suarez (El Mello) stood out for the winners with 18 points, 2 assists, 4 rebounds and 3 steals and Yansel Germosén with 10 points, 10 rebounds and 1 block.

For the Jesús Nazareno school, the most outstanding were Bairon Santos with 21 points, 10 rebounds and 8 blocks, Elier Santiago scored 11 points, 1 assist, 15 rebounds, 2 blocks and a steal, and Sterlin Pérez had 10 points, 1 rebounds and 5 robberies.

Prior to the tight game, councilor Karilyn Chabebe, to whom the tournament is dedicated, made the honorary kick-off.

Likewise, the San Miguel school defeated Santa Rosa de Lima 58-44, achieving its first victory of the 2022 promo basketball that is successfully taking place at the Raúl Jiménez sports center as an option for the Moto GP Performance Cup.

For the losers, the most outstanding were Andry Burgos with 11 points, 1 rebound and 4 steals, Carlos de Jesús scored 7 points, had 4 rebounds and had an assist, and Waldy Luis had 7 points, 1 assist, 6 rebounds and a block.