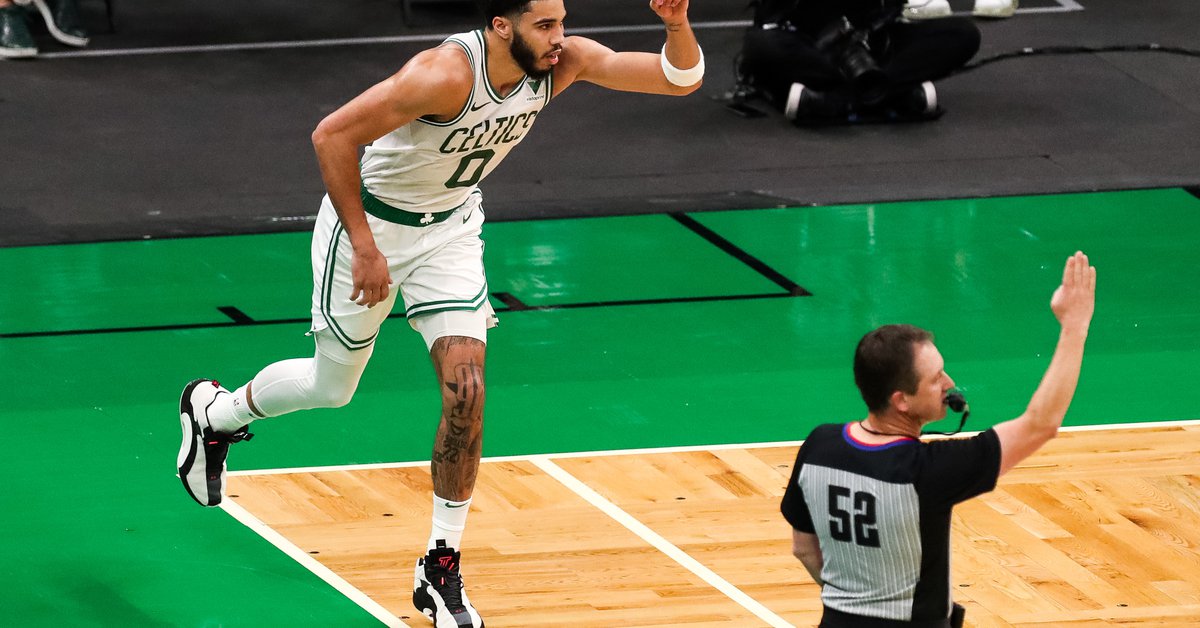 Jayson Tatum has the great task of filling the position vacated by LeBron James, that of forward. At 23 years old, he is about to play his first Olympic Games (Photo: Paul Rutherford / Reuters)

Born in St. Louis, Missouri, Jayson Tatum, is one of the players to follow in the competition for gold in basketball. While the North American team is full of stars or even legends like Kevin Durant; But the case of Tatum is different because it is one of the greatest promises; the moment of his consecration has not come, and in Tokyo 2020 I could find him to consolidate himself internationally, and above all, to place him as a star worthy of winning the championship ring in the NBA.

Inspiration came from childhood, as I had a basketball father, Justin Tatum, who defended the Saint Louis University team, and although he did not live with him because he grew up with his mother Brandy Cole, there was that reference. The family influence did not end in the direct line, his godfather was also a basketball player, Larry Hughes, same that was 12 years in the NBA playing for 10 teams.

As if it wasn’t enough to grow up in a context with basketball players as close figures, he found more inspiration in Kobe Bryant, the legend of the Los Angeles Lakers. Although he did not determine the same position, “Black Mamba” was transcendent in his path as a basketball player.

Jason Tatum, in that tie against the Cavs, became the youngest player in history (20 years and 61 days) to achieve during four games of +20 points in the qualifying rounds, a mark that belonged to his idol, Kobe Bryant ( 20 years and 272 days) (Photo: Troy Taormina / Reuters / USA TODAY Sports)

The path he has traversed began in high school Chaminade College Preparatory School, where played 4 seasons, getting in the last 29.6 points and 9.1 rebounds per game, numbers that without hesitation, would attract tempting proposals from universities, but before that he participated in important events for basketball players in his category: the McDonald’s All-American Game, the Jordan Brand Classic and the Nike Hoop Summit.

After this, the forward had to take the step to the university category, and he did it with nothing more and nothing less than with the Duke university: a team with tradition and a seedbed of great basketball figures such as Kyre Irving, Jonathan Clay Redick or the most recent figure Zion Williamson. His decision to play for the Blue devils came accompanied by only 29 games In which he managed to accumulate the following statistics: 16.8 points, 7.3 rebounds, 2.1 assists, 1.3 steals and 1.1 blocks per game.

Advancing in his career meant declaring himself eligible for the NBA Draft; some players wait to meet the eligibility deadline with colleges, but Tatum did not. Once its first season (2016-2017) is over, declared eligible regardless of his possible 3 remaining years with Duke.

Tatum became the third player to score at least 900 points in the NBA Playoffs without ever reaching 23 years of age. This had only been achieved by Kobe Bryant and LeBron James (Photo: CJ Gunther / EFE)

It was time, certainly the clubs had their eyes on the young star of a prestigious institution like Duke. Were the Celtics from Boston who, seeking to rejuvenate the staff and develop a new project, chose Jayson tatum in the 3 pick of the first round– Only players Markelle Fultz and Lonzo Ball were above him, the latter was selected by the Lakers.

The first season with the shamrock box was so good that it was even nominated for best rookie of the year, and could even get it, but fell behind Donovan Mitchell and Ben Simmons in the voting, although he did not win, he put himself on the radar. In the 2018 Playoffs a litmus test awaited him, to beat the Cavaliers by LeBron James. He did not achieve the feat, but was able to break an individual points record.

Tatum with his 2.03 meters has a great responsibility on his shoulders: to fill the gap left by the star forward, LeBron James is not for everyone, but surely the Celtics star will be able to with the task. To their 23 years You have a golden opportunity to build your place in American basketball history if you perform well at Tokyo 2020 and contribute to the Dream team to win the gold medal.