SAN FRANCISCO – The star of the Boston Celtics, Jaylene Brownsaid he believes joining Kayne West’s marketing firm is the start of a “beautiful collaboration”.

It was made public this week that the Celtics forward was the first NBA player to sign with Donda Sports, a developing marketing company that is part of West’s largest clothing line. Los Angeles Rams star Aaron Donald recently said he had joined the firm.

“It was time. For me, like I said, every time I make a life decision, I look at it. I think deeply about things,” Brown said a day before Game 1 of Thursday’s NBA Finals. “And for what I want to do, the missions I want to accomplish, it was the right decision.”

Brown recently became a shoe free agent after his contract with Adidas, who signed him before his rookie season in 2016, expired. He has been active in social justice causes and has said he prefers future endorsement deals to include investments in those areas. 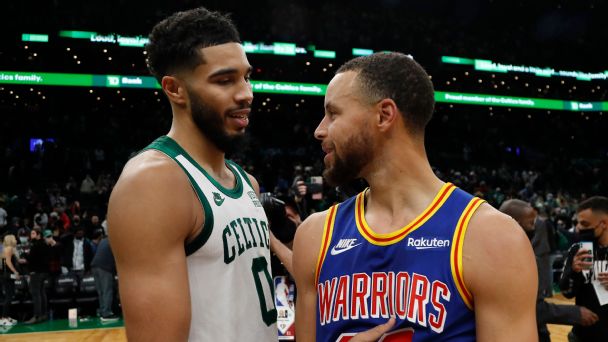 Donda Sports is expected to handle Brown’s marketing deals. His current contract with the Celtics, a four-year, $106 million extension that took effect in 2020 and was negotiated with NBA agent Jason Glushon.

West and Brown have been in a relationship for some time and formalized a partnership at the end of the regular season. Brown is aware of the criticism West has received and it doesn’t bother him.

“People have concerns or criticism and so on, but in the world we live in, there are concerns and criticism in everything,” Brown said. “I feel like this is a good time for me in my particular life. I’m excited to build, create and do things that I always imagined I wanted to do on and off the court.”