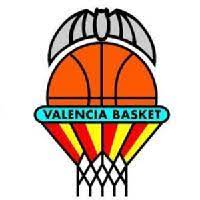 Havana, October 2 (RHC)– Valencia Basket confirmed on its website the call-up of Havana-born basketball player Jasiel Rivero for this Saturday’s visit to Casademont Zaragoza, in the fourth round of the Endesa League, in Spain.

Rivero scored 13 points in Valencia’s 90-75 win over Unicaja on Sunday, taking him to 18 hits with just eight setbacks to tie for third place in the tournament.

The Havana power forward is among the best scorers for his club with an average of 10.4 points per game and the third best rating with 10.8 credits, only preceded by Montenegrin Bojan Dubljevic (15.5) and Slovenian Klemen Prepelic (11.9).

Joan Peñarroya’s taronjas with only eight games to go in the regular phase have everything to classify among the top eight.

First, none of the eight to face ahead of them in the standings, as they are down from seventh place. Second, of those opponents only three have been defeated at times of many casualties for the Castilians.

This past weekend Yamara Amargo and Anisleidy Galindo again had shares in the Mexican Women’s Professional Basketball League.

Galindo from Pinar del Río with 37 points between the two games adds up to 196 in total to place herself in seventh place among the top scorers.

Amargo, from Sancti Spiritus, got 43 to raise her total to 194 and place herself in eighth.

The leader is the equally Cuban Yaima Boulet with 332. Another from the Island, Clenia Noblet is third with 261.

In Europe, much attention is attracted by the duel this Tuesday 5 between U Banca Transilvania Cluj Napoca of Karel Guzmán from Havana and MHP Riesen Ludwigsburg of Yorman Polas from Camagüey.

The Romanians will receive the Germans at their BT Arena at the start of the quarterfinals of the Champions League on that continent.

They have only met twice in 2017 with victories for the Germans.